CAKE 2013: Minicomics can be all about exciting innovation, or just fun stuff for (and by) kids

The Box
By Jason Shiga
Self-published

Jason Shiga is a cartoonist whose mind seems to be continually at work coming up with new ways to use the medium of comics. His specialty is interactive stories that branch off into multiple paths in surprising, delightful ways. This is probably best exemplified in his book Meanwhile, but he has several other examples of innovative ways to tell interactive stories, ranging from short minicomics made from folding up a single piece of paper to massive self-published volumes that have the reader flipping back and forth through hundreds of pages. The Box is one of the former, and its mind-blowing innovation in comics technology involves the way it is intricately folded in a way that allows one to flip it either horizontally or vertically whenever a choice needs to be made, if that makes sense. In fact, Shiga thinks it is a previously-undiscovered mathematical shape called an octatetraflexagon.

As a story, it's a simple one, with four possible endings, but Shiga's goofy sense of humor makes each of them surprising and funny, as a kid chooses whether or not to open a box that he finds, usually with amusing consequences. It's a testament to both his genius for the physical form of comics and his ability to come up with satisfying stories within the clever structures he develops.
----- 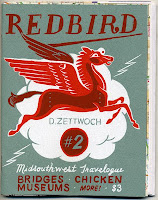 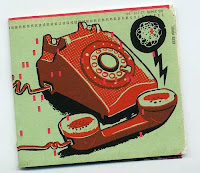 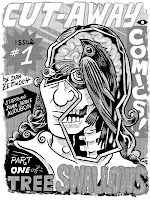 Dan Zettwoch's comics are also innovative, in the way they explore pictorial ways of conveying information, using cut-away views, captions, diagrams, maps, and all manner of using images to create easily-understandable representations of real-world objects and locations. But what's more, he makes the stories he tells fun, obviously enjoying himself as he comes up with fun ways to describe his subject, whether it's a travelogue of the road trip he and his wife took across the "Midsouthwest" (spanning Missouri, Tennessee, Louisiana, Texas, and Arkansas) in August of 2012, a story about the old telephone equipment his father used when working for AT&T in the early 70s, or a biographical look at John James Audobon as he studied chimney swallows in Louisville, Kentucky in 1808. Whatever the subject, Zettwoch brings an enthusiasm to it, and his cartoony artwork brings the various scenes to life, adding some exaggeration, but still making the reality of the scenes obvious, and demonstrating what he finds so interesting about them. 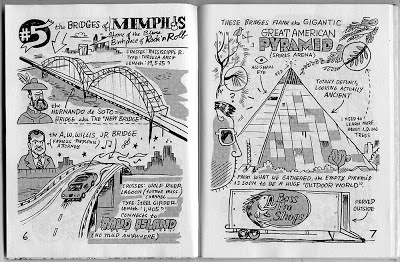 Redbird and Tel-Tales even include fold-out sections that expand the size of the page when the imagery (large-scale maps and diagrams) warrants it. Cut-Away Comics is more modest, fitting into the small, cheap format that Oily Comics does so well, but Zettwoch still finds room to include a double-page spread of a massive hollow tree that contains what must be thousands of birds, turning it into an ominous monolith that entices the reader into curiosity as much as it does Audobon. Zettwoch has such a fun way of imparting the information that he has accumulated that one can't help but enjoy following him wherever he wants to go. He's got at least one full-length book, but even if he just keeps cranking out little minis like this and designing fascinating infographics, I'll keep reading whatever he does.
----- 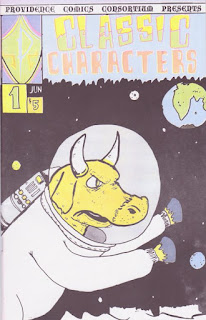 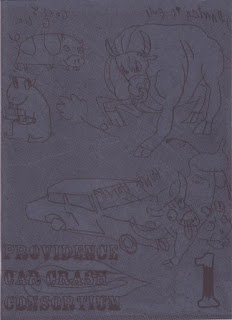 The Providence Comics Consortium is a group of cartoonists who put on educational events for kids at libraries throughout Rhode Island (and other states as well, I think), working with them to create characters and then publishing comics based on the kids' creations, some of them even including comics by the kids themselves. They're pretty great, offering a chance to see the kids' imagination at work, and letting them see the stories they create in print. Of these two issues, Classic Characters includes several stories featuring characters which had appeared in previous PCC publications, including a duck-wolf named Dolf who angsts over his crush on a classmate while dealing with a skull-headed bully, a space cow who travels to Earth from another planet and very nearly ends up as the contents of a hamburger, a teacher who is actually a were-owl, and an alligator bank teller. The Astro-Cow story is drawn by 11-year-old Keegan Bonds-Harmon, but the other stories are by the cartoonists Zejian Shen, Aaron Demuth, and Marc Pearson. All in all, it's a super-fun book.

Providence Car Crash Consortium has a more focused theme, covering car safety. Its messages seem to be to wear a seatbelt, don't drive drunk, and don't text while driving. The way the kids convey these lessons isn't always instructive, but can be pretty entertaining, including a rampage by Cuc the Drunken Pony drawn by Asuaka Rafiq, the adventures of Zombie Scented Tree, an undead car air freshener by Faye Thompson (and elaborated upon by Elliot Lamb); a heartfelt message from a zombie named Rotten M'Gee by Dakarai Williams; more message-laden adventures from a disembodied eyeball created by Abigail Ramos and illustrated by David Waterhouse; and an odd story about three fuzzy dice named Boby, Bob, and Bobert created by Keegan Bonds-Harmon and illustrated by Marc Pearson. As team-ups between today's talented cartoonists and the stars of tomorrow, these series are great little encapsulations of creativity, making for a wonderful chance to encourage kids toward artistic pursuits. I'll be sure to keep an eye out for more of these comics; this consortium is doing work that benefits us all.
Posted by Unknown at 10:52 PM