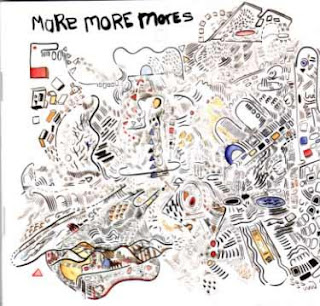 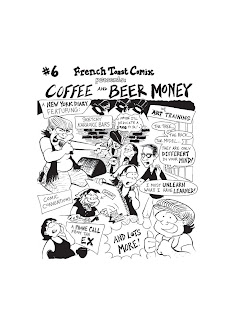 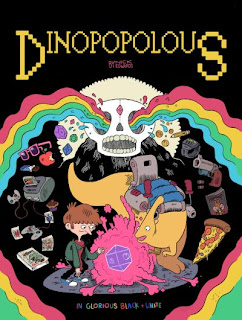 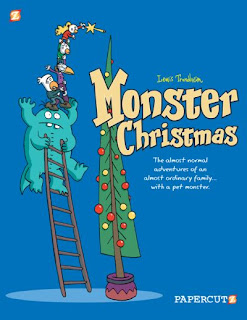 Lewis Trondheim is kind of a sure thing when it comes to making entertaining kids' comics, and this is no exception. This one is the second in a series (although, oddly, it is being published in English before the first book, perhaps in order to be out by the titular holiday) starring what appears to be super-deformed versions of the bird-creatures Trondheim uses to depict himself and his family in his diary comics, along with a four-armed, three-legged, ten-mouthed monster that sprang to life from the children's drawings and became a sort of family pet. This one sees them take a ski vacation, on which they end up meeting Santa and getting caught in the middle of a chase between him and another, more ferocious monster. It's funny and lively, told entirely through images accompanied by past-tense narration by the children, who relate all the details with a mixture of childlike wonder and incomprehension. Trondheim captures that kid's-eye-view of the action really well, the kids commenting on everything as if it's fairly normal, treating the crazy events as only slightly outside the norm, since most everything is new and exciting to children. The actions of the parents is especially well-depicted through this filter, with their irritation, exasperation, exhaustion, and fear conveyed mostly through captioned descriptions like "Dad says that to save Santa we'd risk getting ripped to pieces and smashed by the monster and that it might be dangerous. We say, 'Oh...okay.' So everyone gets back in the car to continue the trip". It's all wacky, lively, insightful fun, another entry in the growing library of good Trondheim comics for all ages that are available in English. Here's hoping for many more to come.
Posted by Unknown at 7:00 PM