Comics conventions are exciting experiences, and the great thing about them is that you come home with a ton of stuff to keep you passionate about comics and the people who make them. Here's all the stuff I got at this year's CAKE: 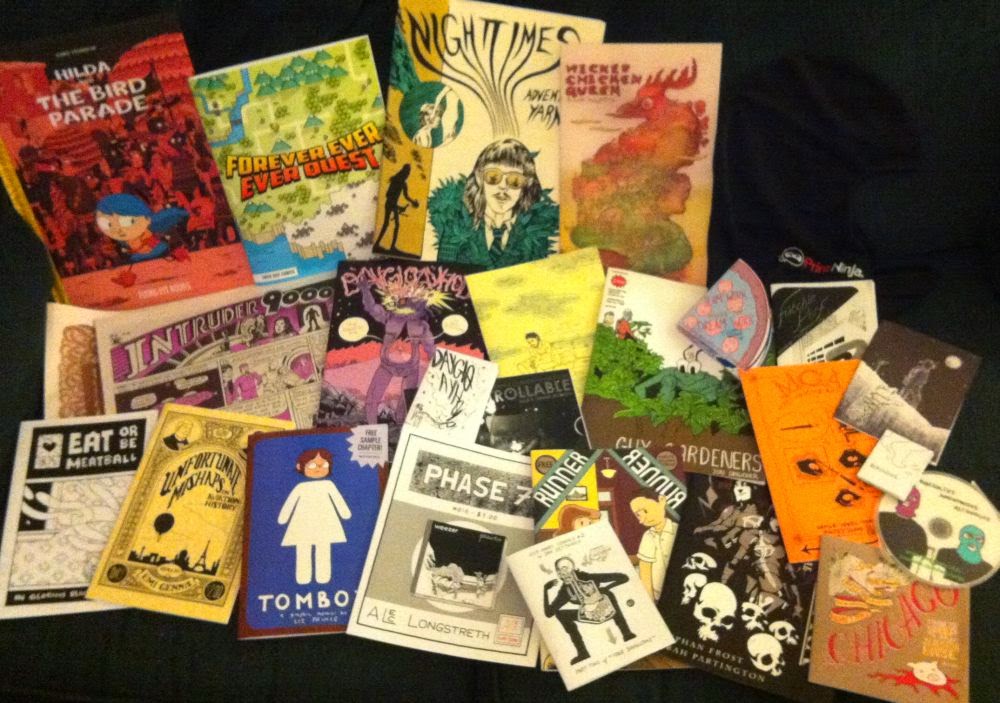 And here's what it all is, starting from the back row:
Across the middle:
And in the front row:

That seems to be everything I brought home, but I saw plenty more, and I found lots of other cartoonists that I'll have to try to follow. The Chicago comics scene is as exciting as ever, so it looks like my comics-loving energy is refreshed for another year!
Posted by Unknown at 8:23 PM