At any convention, I love to meet creators, and hopefully compel them to perform for me and draw something pleasing to the eye.  This year's C2E2 wasn't as lucrative in the sketch department as some other cons, but here are some neat drawrings that people did for me:

Geof Darrow embellished the print I bought with this little critter. 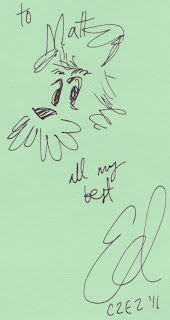 Ed Choy Moorman drew a doggie inside a minicomic. 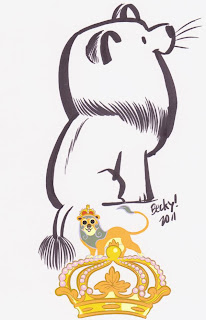 Becky Driestadt drew another doggie, and an especially cute one, if you ask me. 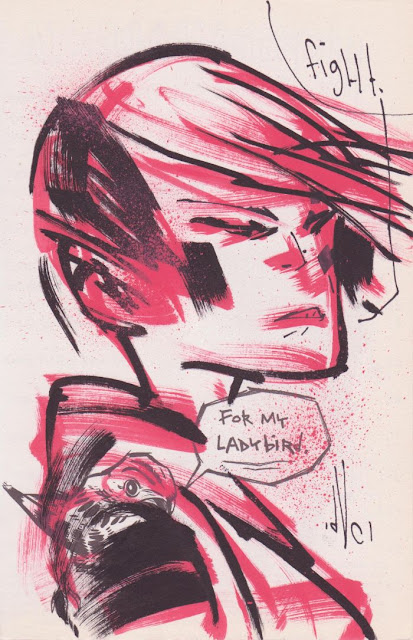 This graffiti-style sketch by Dave Crosland was pretty amazing to see; he did it with these really thick markers in a matter of a couple minutes, then added details with a calligraphy pen and blew on the marker to create that cool splatter effect.  I love this guy's work.

And here are some additions to my Groo sketchbook: 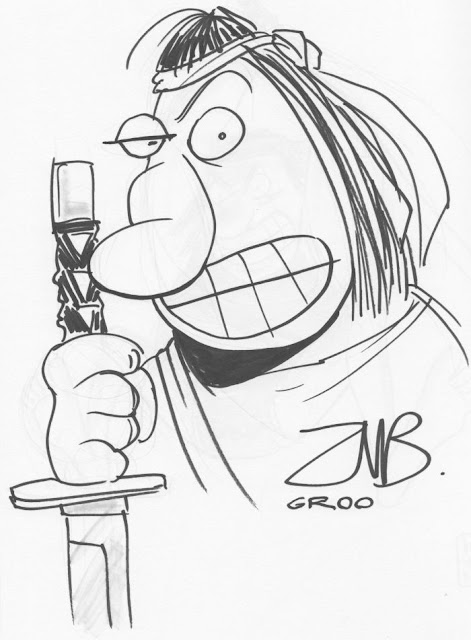 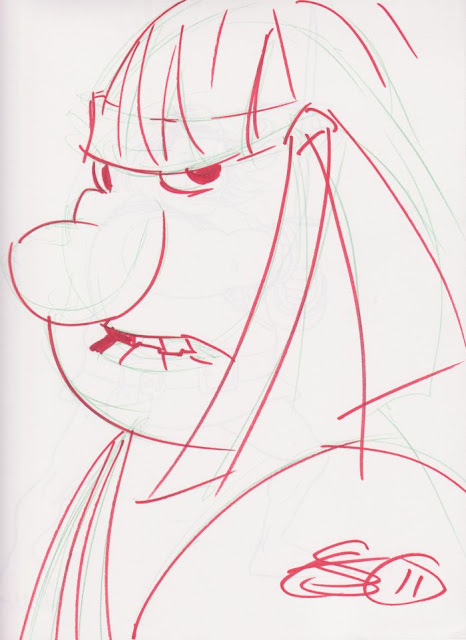 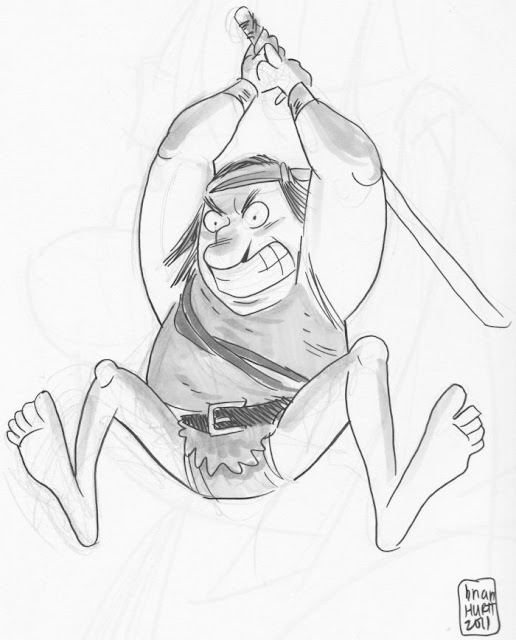 Brian Hurtt!  I love this cartoony style from him, and he lamented that he is "stuck" drawing in his current more realistic style rather than something more like European children's comics, which he would prefer.  Man, I would love to see a comic from him like that. 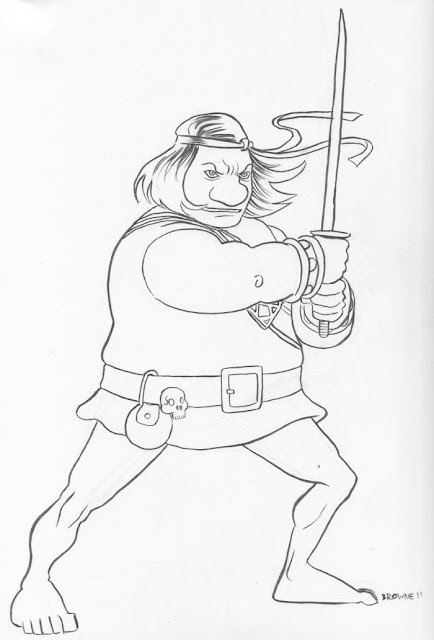 And finally, Ryan Browne, who really knocked this one out of the park.
-----

To next year, during which I will certainly be trying to continue to expand my collection.
Posted by Unknown at 9:51 PM