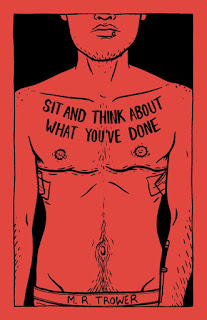 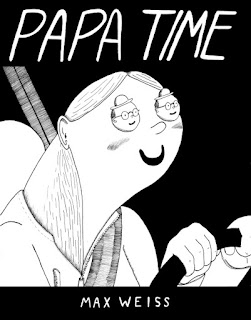 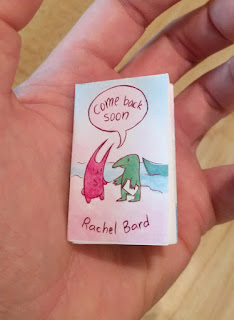 If I was going to give out an award for the cutest comic I got at CAKE 2016, this would win hands down. It's tiny, measuring about 1 inch by 2 inches, and it's one of those little minicomics that's formed by folding a single piece of paper into a short comic that's only a few pages long. What makes this one special though is that Rachel Bard manages to use this limited space to tell a cute story about a lizard going on a trip to an island, checking out all the animals he saw there, and drawing pictures of them. Then, he makes a little comic of his own called "New Animals that I Found", and Bard includes it as an even tinier minicomic tucked into the last page of the comic! It's a beautiful little piece of art that tells a simple story, and an ingenious use of a comic within a comic to demonstrate both Bard's creativity and that of her character. I loved it, and I love that this is the kind of amazing work I can find at CAKE each year.
Posted by Unknown at 1:16 PM