The Bottomless Belly Button: As with much of the comic, that title elicits a "huh?"

Still not much in the way of links, but I should point out Sean T. Collins' review of Hellboy: Darkness Calls, which does a better job than I would have ever been able to do of actually explaining the plot of that series.  It might seem hard to follow as you read it (I just kind of went with it, enjoying the artwork and the long fights), but there is a lot going on in there.  Check it out. 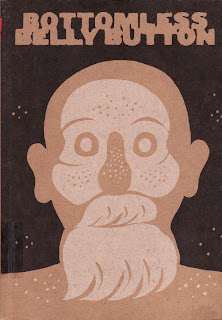 I would call this book a fascinating work, if not a perfect one.  But that's not a slight against it; sometimes a bit of imperfection makes a book that much more fascinating, and that's definitely the case here.  Dash Shaw certainly isn't erring on the side of cautiousness; he lets everything hang out in this massive 720-page book, and it ends up being an intensely personal work that touches on some deeply-felt emotions and lays bare its characters' souls.
Really, if there's any complaint about the book, it would be the artwork, which can look kind of crude at times (one character's beard stubble looks like a polka-dot-containing circle drawn on the lower half of his face, for instance).  But it's deceptively so; while characters sometimes look a little stiff, and they usually sport wide, circular eyes, there's a nice subtlety of expression here, with plenty of techniques used to display emotion and some nice mood-setting backgrounds and landscapes.  In fact, instead of hiding the artistic awkwardness, Shaw all but highlights it, using non-standard visual signifiers like obvious arrows that show motion: 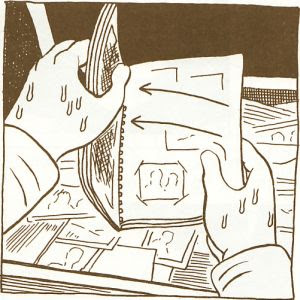 Or placing words in the panels to point out bits of visual information that might not have been evident from the art alone: 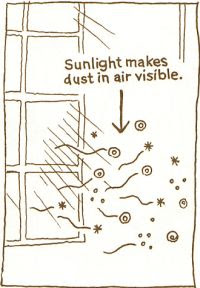 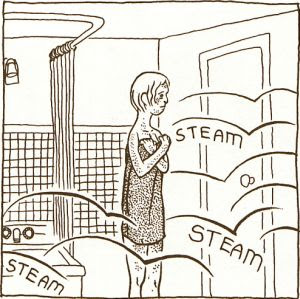