Those parentheses are my clumsy way of trying to add deeper layers to the post title.
EDIT: Somehow, I mentally substituted Emily Watson for Samantha Morton.  I don't know how that happened, especially since Morton is one of my favorite actresses.  And look, her name is right at the top of that image!  I feel dumb.
Synecdoche, New York
2008, written and directed by Charlie Kaufman 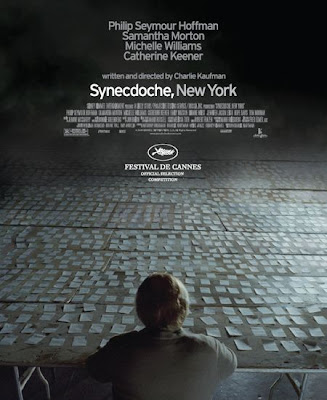