I'm stealing this idea from Andrew Wheeler, since I like how he acknowledges the various items he receives, whether he ends up reviewing them or not. So here are some things I've received in the mail recently, that I might or might not ever get around to reviewing: 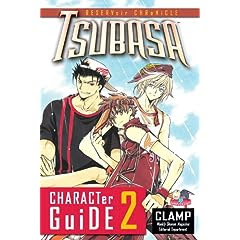 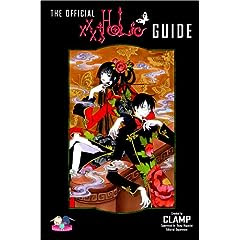 Tsubasa Character Guide 2
The Official xxxHolic Guide
Having never read either of these manga series, I don't think I'll have much to say about the fan-targeted guides, although they do seem to feature some nice artwork and plenty of information that surely means something to somebody. Actually, I would like to read some CLAMP manga at some point, but probably not Tsubasa, since it seems like a big crossover series that involves other CLAMP characters and whatnot. Whenever I get around to it, it'll probably be Cardcaptor Sakura, although xxxHolic is supposed to be good as well. Someday, I suppose. 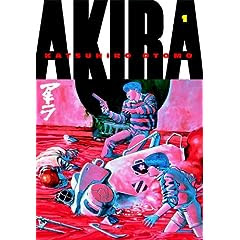 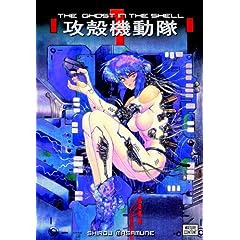 Akira, volume 1
The Ghost in the Shell
I've never read either of these series, although I've seen the anime adaptations of both of them. Now that Kodansha is publishing them in the U.S., and they've sent me their new versions of them (which are pretty much the same as the old versions, I think, depending on what edition you're looking at; they're both flipped to read left-to-right), I'll get my chance. Not sure when, but soon, I expect. 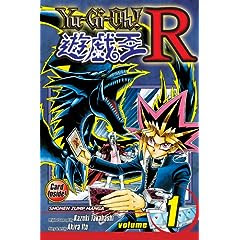 Yu-Gi-Oh! R, volume 1
Viz sends me a good deal of manga, but I usually only end up reading and writing about the releases that interest me, so series like this fall by the wayside. But I figure they're worth mentioning, since I'm sure somebody will be buying them. Although, I did kinda-sorta enjoy the chapters of the Yu-Gi-Oh series that I read in the couple issues of Shonen Jump that finished out my Shojo Beat subscription after that magazine got cancelled, so maybe I shouldn't be so hasty to dismiss this. Maybe I'll end up reading it, who knows. 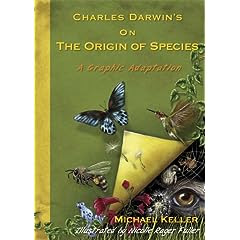 Charles Darwin's On the Origin of Species: A Graphic Adaptation
I'll get to this one soon, I hope, but flipping through it, it doesn't look like something that I'll be exclaiming the wonders of. The art is kind of amateurish (if nicely colored), and it's very text-heavy, which is probably to be expected. But maybe that opinion will change whenever I get around to actually reading it. 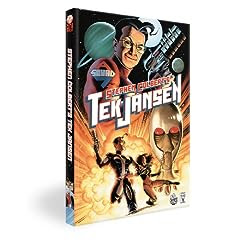 Stephen Colbert's Tek Jansen
I reviewed an issue of this series here (I thought I had another one somewhere, but I couldn't find it), and I don't know if I have anything else to say about it. It's an okay adaptation of the animated shorts that occasionally play on The Colbert Report, but it falls short of the comedy standard set by the show, often unsure of what tack to take with the material (sometimes it's kind of serious, other times it tries too hard to be funny). Probably for Colbert fans only.

Festering Romance
This graphic novel from Oni looks interesting, although I'm not especially thrilled about the angularly cartoony art style. I liked Greg McElhatton's recent review though, so hopefully I'll get to it soon and see what I think. 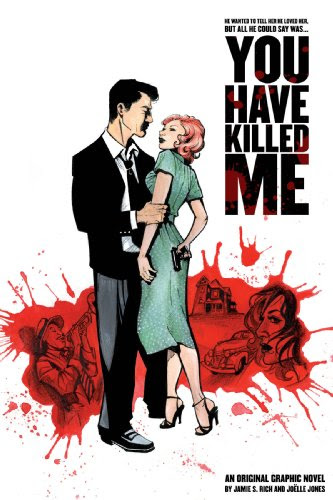 You Have Killed Me
Here's another one that I've heard good things about ever since it came out, a noir graphic novel by Jamie Rich and Joelle Jones. Looking forward to reading it.

Wet Moon, volume 5
I've never read any of this series about goth girls and supernatural happenings (I think?), but I sure do like Ross Campbell's art. It's probably not the best idea to start with the fifth volume, but if that's what happens, that's what happens. 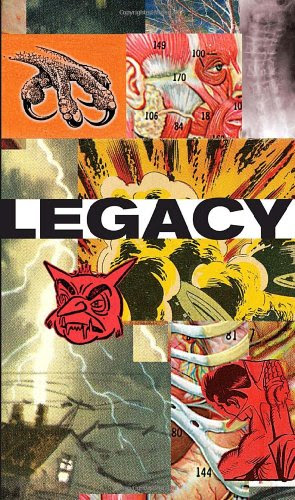 Legacy
Not a comic! This is a science fiction novel by Tom Sniegoski, although I suspect it was sent to me because it's about superheroes, since that's what people who read comics like, of course. I'm still interested though, because I've read some good stuff by Sniegoski, like the Bone prequel Stupid, Stupid Rat Tails, and I think he's also written at least one Hellboy-related novel. And that cover design is really cool, apparently by the same guy who did the Dororo covers. Maybe my prose coverage will continue to expand.

Superheroes and Beyond: How to Draw the Leading and Supporting Characters of Today's Comics
And speaking of superheroes, here's one of those instructional books that will probably only get covered in a blurb like this, since I just don't have a hell of a lot to say about it. I've seen at least two other bloggers decry this one, as if it's promoting bad art or something, but it seems like a decent enough book to me, if this is the sort of thing you want to draw. Just flipping through, it looks like it has a good emphasis on anatomy, dynamic poses, motion, lighting, and maybe even laying out a page. Sure, it's still over-muscled spandex-wearers punching each other, but since those aren't going away anytime soon, it would be best if people learned some tips on how to draw them well.
-----
There are others, as always, but these are the ones I figured I wanted to mention. Maybe I'll do this again sometime. And more reviews and such content soon, hopefully.
Posted by Unknown at 10:15 AM