Fingerprints: Could use more smudges

Also cool, if a bit dubiously moral, depending on your stance on scanlating, is Same Hat!'s translation and serialization of Junji Ito's "Hanging Balloons".  Cool. 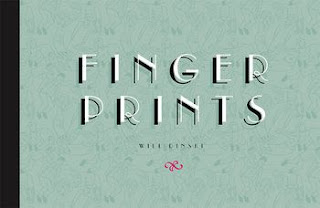 The culture of Hollywood and it's obsession with youth, image, and celebrity is a pretty ripe target for satire, but the problem with taking on that challenge is that many have trod those footsteps before.  That's the problem with this graphic novel, which follows a two movie-stars-of-the-moment, their plastic surgeon pal, his wife, and his assistant.  We see all the usual moments here, like the celebrities who pretend to be in a relationship to get attention from the tabloids, the patient who desperately wants to look like one of the stars, the surgeon who isn't quite happy with the supposed perfection he's molded his star patient into, and the jealous wife whose aging face can't compare with the starlets her husband works on every day.  There's little here that hasn't been seen before, so the question becomes one of how well the author presents it, and Dinski's stiff art and lifeless compositions don't exactly set the pages on fire. 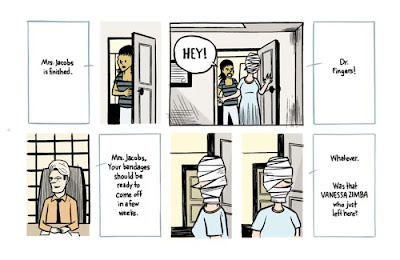 It's kind of a shame; there's some potential here, but not enough space to flesh it out.  The book starts with the director of the movie star couple's latest blockbuster giving an interview in which he complains about the cartoonist on whose work the movie was based not wanting to give up his rights, a hint of a creative society which is more interested in copying and stealing than being original; it seems like an interesting thematic possibility to mix into a look at celebrity, but is quickly forgotten.  The rest of the book sees the characters flit in and out of view without ever being explored beyond their surface (which might be the point; they're all surface), making eventual twists come out of nowhere.  A late plot development takes the obsession with image to a new level, giving it a sci-fi twist and turning it into a bit of zombie-ish horror, but even that is barely introduced before it is shuffled off to an expectedly ugly conclusion.  One gets the idea that if the story had been expanded a bit, with more room for the characters to establish themselves and more time for the plot to play out, the whole thing might have been much more effective, but as it is, it's a flawed work with some interesting moments that hint at a depth that might have been interesting to explore.  Like the characters themselves, we're stuck on the surface, and it's no better for us than it is for them.
Posted by Unknown at 10:03 PM