So, for some reason, Image Comics solicits come out a week or so later than everybody else's. So I'll look at them later. (Dark Horse's come out a week earlier, but there's usually only a couple things I'm interested from them, so I'll wait until the others (Marvel and DC) come out before looking at them. Unless I'm feeling proactive). So here's what I'm interested in in February: 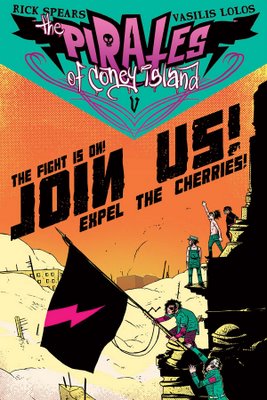 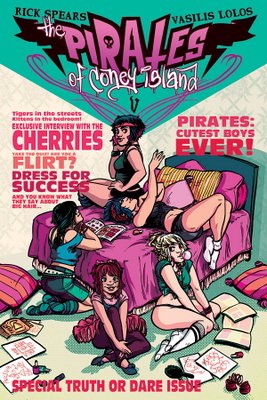 The Pirates of Coney Island - I thought the first issue of this series was okay, but the second one was pretty good, so I'll go ahead and get this series. I'll try to have to ask the shop if I can get the Becky Cloonan covers though. Those are awesome. 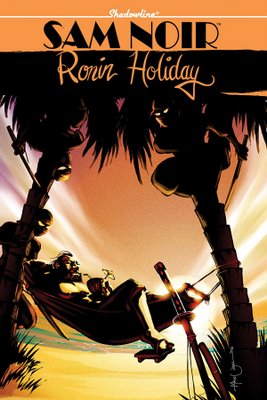 Sam Noir: Ronin Holiday - I didn't read the first Sam Noir miniseries because I don't think my shop got it. Or it was sold out before I could pick it up. Bummer. It's a great concept (samurai story meets noir story!), and Greg Burgas at CSBG recommended it, so I'll probably pick up the trade. And then we have this sequel miniseries in February. Cool. 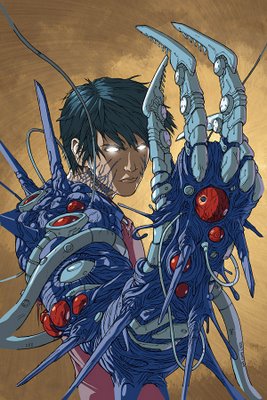 I know little about this (the solicitation text said something about twin brothers, and one of them getting a bionic alien arm(s?)), but I thought the cover looked kinda cool. It's called Strongarm. 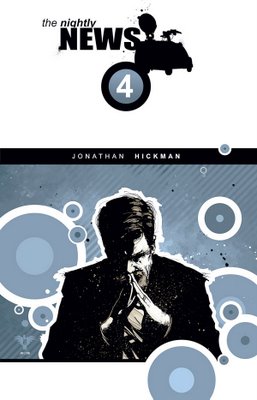 The Nightly News - I really liked the first issue of this series, so I'm there for the duration. It's like Fight Club meets, I dunno, DMZ or something. Oh, plus Network. 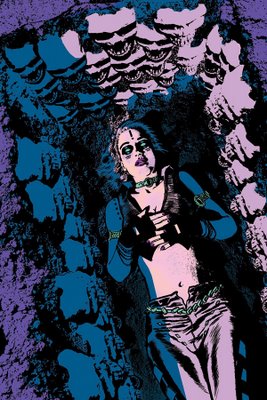 Black Mist - This looks kind of interesting. Something about evil trying to take over a dead woman's body. The solicitation says it's offered for the first time in color; is this a reprint? And it's from "fan-favorite" artist Mike Perkins. Who is he? 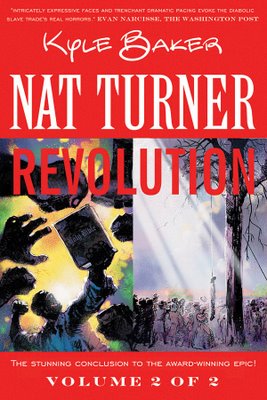 Nat Turner - I'm very excited about this one. I love Kyle Baker's art, and his writing's not half bad either, especially when he's being funny. Of course, this is pretty much the opposite of funny, with a story about a slave revolt. It's very literary, with amazing art mostly told without dialogue. This is a series they could teach in high school history classes. Amazing stuff. The first two issues were collected as volume 1, and I guess Baker is forgoing the second two issues and just releasing them as volume 2. Whatever, I'm just glad to see the rest of the story. 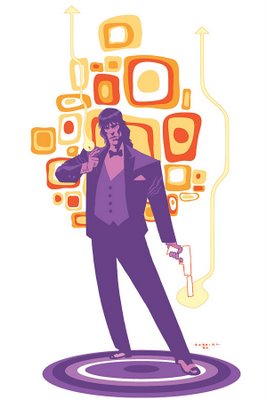 Casanova - This collects the first 7 issues of the series, for only ten dollars. Not a bad deal. I'm loving this series in monthly installments, so I would definitely recommend picking up what writer Matt Fraction is calling the first volume of the story. 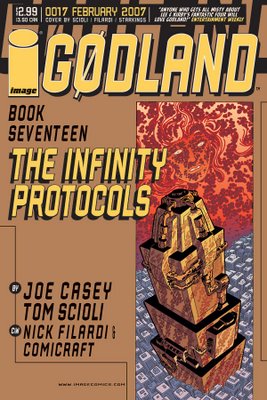 Godland is another one that I'm loving each month. Joe Casey busts out the crazy ideas, and Tom Scioli serves it up with Kirby-esque goodness. Should be awesome as always. 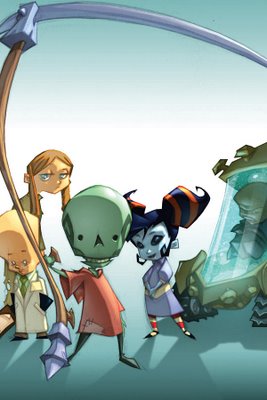 I didn't read the first Death Jr. series, but I heard it was pretty enjoyable. I loved Ted Naifeh's Polly and the Pirates, so I might have to check one of these out sometime.

I should also mention Madman Gargantua, which I talked about a few days ago. It's included in these solicits, and the price is $125 for 852 pages of awesomeness. I won't be getting it because I already own most of the material, but if I could afford it I might still pick it up just to have.

So that's it that I can see. As always, we'll see if all this stuff actually comes out, or if anything else makes it. Comics ahoy! (I'm trying to come up with a signoff phrase. I don't think this one will quite work...)
Posted by Unknown at 11:14 PM