The many marvelous monsters of Shigeru Mizuki's Kitaro

Shigeru Mizuki's Kitaro is a classic manga that's tons of fun, even though it's kind of an odd read. The pacing is strange, and it seems as if Mizuki was making up the stories as he went along, which sometimes means that Kitaro, a boy who interacts with yokai (traditional monsters and creatures from Japanese folklore), has powers that can easily defeat threats, and other times he gets taken out rather easily. Some stories wrap up in a few pages with semi-abrupt endings, while others drag on for much longer than is really necessary. That may be related to the era in which these stories first appeared; comics from the 1960s don't follow the same rhythms that we're used to these days.

But whatever the case, the comic is worth reading just to see all the crazy monsters that Mizuki included. Here are some of my favorites:

I like this hair monster, especially the way it seems to grow a pair of eyes as it's attacking Kitaro: 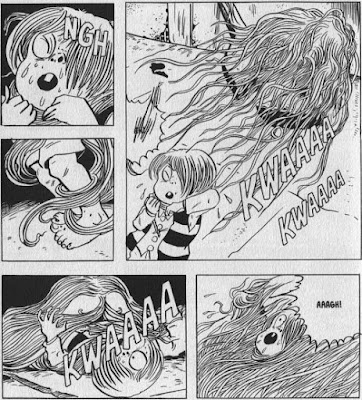 A collection of monsters welcoming some criminals to "hell": 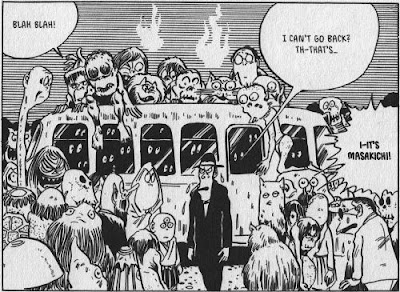 I think I see a kappa in there, and I like the guy with the long neck. And also the regular human-looking fellow just hanging out in the back; he seems hilariously out of place among all the other freaky things.

I like the bipedal weirdness of this cat demon, as well as Kitaro's Plastic Man-style method of fighting it: 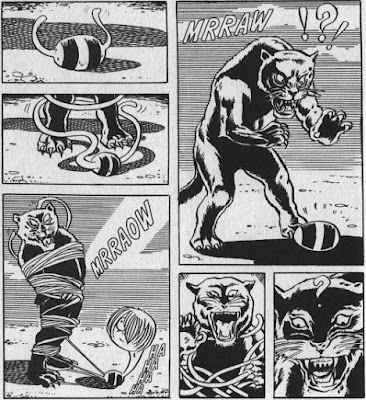 There's a story where Kitaro assembles a baseball team of monsters, who make a formidable bunch: 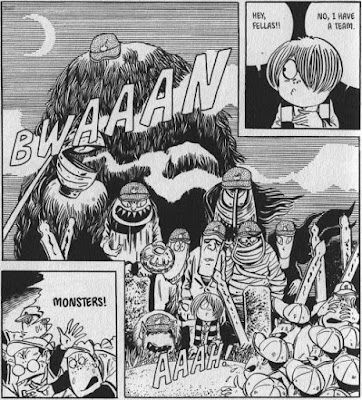 And the game's umpire is even crazier; he has tons of eyes, so he's a perfect choice to call the game: 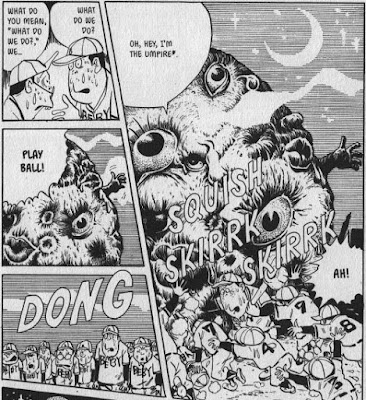 Another memorably weird one is this eyeball/centipede guy:

In another case of "regular guys being freaked out by encountering spooky stuff", some guys end up boarding a train for dead spirits, who reveal themselves as creepy, sometimes inhuman skeletons: 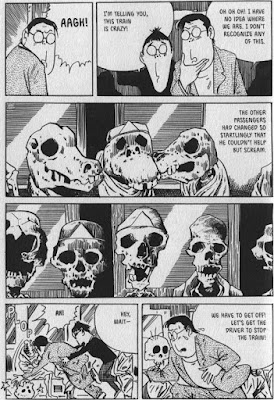 Another interesting (if overlong) story sees Kitaro fighting a bunch of "Western yokai", which include a witch, a wolfman, Frankenstein's monster, and Dracula: 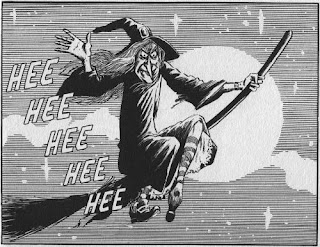 But their leader is this crazy guy named Backbeard: 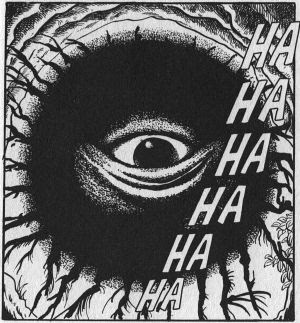 Another long but enjoyable story sees Kitaro encountering this prehistoric ancestor of whales: 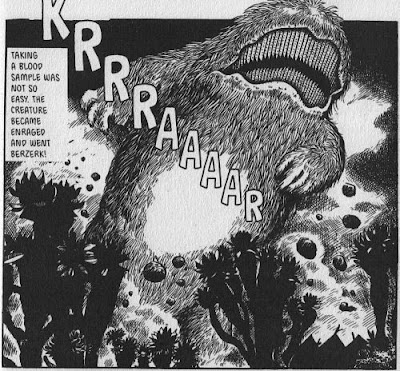 This one gives Mizuki a chance to create some giant monster action, which eventually leads to a fight between the creature and a huge robot: 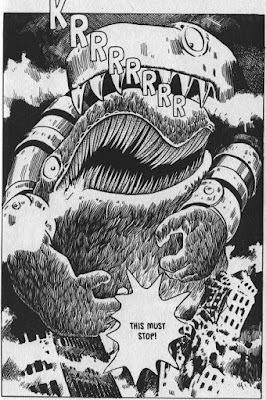 Here's an amusingly goofy group of monsters who decide to rent out some office space: 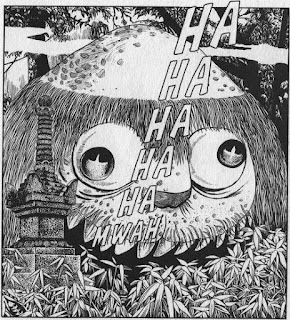 And this lady, who has prehensile snakes for hair and a gross mouth on the back of her head, kind of freaks me out: 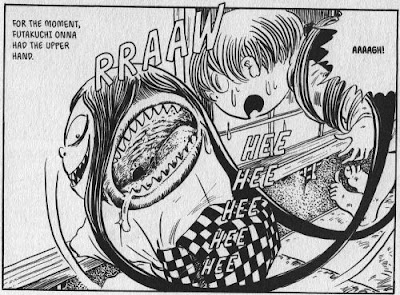 I love the inventively bizarre illustrations that Mizuki came up with here, and even if the stories themselves aren't all that amazing, it's worth a read just to see what fantastically weird things will pop up next. If you like this sort of thing, I definitely recommend checking it out.
Posted by Unknown at 1:00 PM