CAKE 2015: I finally get around to writing about some comics

I brought home many comics from this years Chicago Alternative Comics Expo, so it's about time I bothered to review some of them, isn't it? Here, try these on for size: 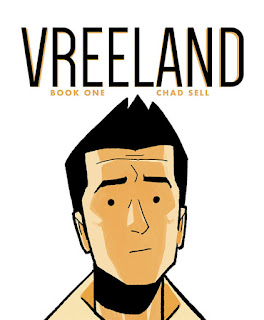 I've enjoyed Chad Sell's comics for years, but while stuff like his webcomic Manta-Man or his illustrations of contestants on Rupaul's Drag Race demonstrate his sense of humor and his artistic chops, this comic is more personal. It's the story of the four years he spent after college living in Ann Arbor, Michigan, taking care of his grandparents as they began to reach the age where they had difficulty completing everyday tasks like driving to the store or operating the tractor they use to clear the snow from their driveway. It's sad and affecting stuff, and Sell's art works wonderfully to bring his grandparents to life and demonstrate both the love they feel toward each other and their confusion and consternation at their situation. The art style is somewhat simplified and cartoony, but Sell uses it masterfully in a way that makes emotions perfectly clear, and his pacing matches the characters' lifestyle in a way that brings us into the situation and shows us how the years have accumulated around them and why they would be troubled by the idea that they can no longer manage to survive as they always had. It's a lovely, moving story, and while it's available to read for free online as Sell is creating it, I prefer it in this format, printed at a size larger than the typical comics page. I look forward to reading future chapters, even though I wonder how well my tear ducts will be able to handle them.
----- 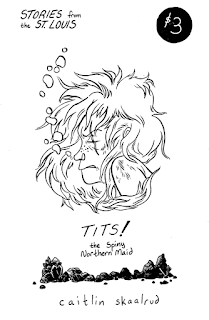 In this short-but-effective minicomic, Caitlin Skaalrud defines a believable taxonomy of mermaid species that live in various lakes and rivers throughout an alternate-universe North America, which serves as great background flavor for the introduction of the title character, a mermaid named Titanica who is living in captivity. Her treatment seems especially cruel when we learn that she is sentient and intelligent, but still gets treated like a zoo animal. When she spots the story's other main character, a female college professor who gives the lecture introducing us to the different species of mermaids, she is enraptured, leading to an incredibly erotic dream sequence and a cataclysm that may or may not be part of the same fantasy. It's a striking story that quickly introduces and explores a fascinating, memorable concept, making for a great short story that leaves the reader wanting more. Good stuff, and enough to make me want to check out more of Skaalrud's work.
----- 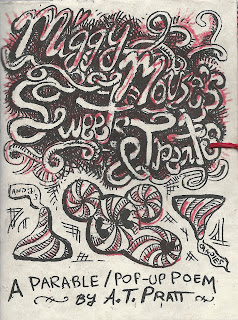 A.T. Pratt was one of my favorite discoveries at this year's CAKE. While his somewhat grotesque art style isn't necessarily my favorite, the intricacy and imagination of his work is astonishing. His hand-crafted minicomics are full of flaps and cutouts, turning them into three dimensional objects that are incredible just to look at. This one, for instance, is a poem/fable about a mouse who finds a candy factory in an underground tunnel and lets his greed and gluttony get the best of him, with some pretty gross results. What's especially cool about it though is the way it folds out into a "splash page" of the mouse, with flaps that had added interactivity on previous pages now adding depth and volume to the image: 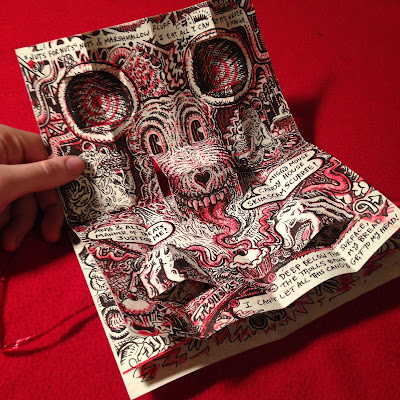 It's pretty amazing work, indicating that Pratt's brain seems to work on another level from everyone else's. I'm genuinely fascinated by what he does, and I'll be sure to keep an eye on him and see what he does next.
----- 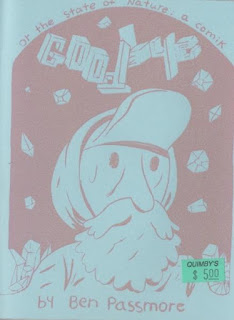 I discovered Ben Passmore at last year's CAKE when I picked up the second issue of his weird post-apocalyptic comic Daygloayhole. I don't know if I really understood that one, but I sure enjoyed reading it, and the same is pretty much true of this minicomic. It's full of the same philosophical musings, expressive cartooning, and goofy humor, just on a smaller scale and in a sort of stream of consciousness flow. It starts out with a look at the myth about how humans used to have four arms and legs until Zeus split them into separate humans, taking that as a prompt to examine human loneliness in a way that seems serious until he undercuts it with a joke about group sex. Then he's off to a great scene in which a self-styled anarchist at a coffee shop is annoyed by a loud conversation between what seem like a couple of vapid girls only to be surprised by what he finds when he confronts them. The comic careens to other scenes, including an extended bit in which a bunch of identical guys argue about the possibility for people to change, and other scenes of apocalyptic doom. It's strange and funny and personal, and I love it. Passmore is a real talent, with a flair for clear art and expressive characters, and he's got a unique style of writing that might be hard to fully understand, but is tons of fun to read. I'm going to try to get my hands on everything he does.
-----

Not On My Watch
By Isabella Rotman
Self-published 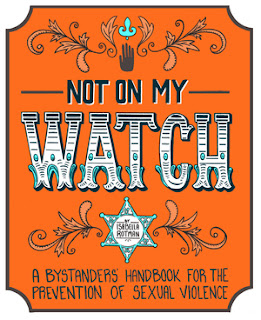 With this minicomic, Isabella Rotman has created a great resource for combating rape culture, one that could change the world for the better if it gets in enough people's hands. It's full of great information, letting people know that they don't have to stand idly by, but can be an active force for good in the fight against sexual violence. It's presented in a cheerful, helpful manner, with a host character/narrator speaking to the reader and other characters, including a backwards-baseball-hat-wearing dudebro, letting them know about the terrible statistics around sexual violence and offering the knowledge of what can be done to prevent it. What's especially nice is that it assumes that people have basic decency and, given the tools, will rise to the occasion and work to make the world a better place. By offering tips on how to defuse potentially harmful situations, look out for friends, or even just let people know that rape jokes aren't cool, this comic provides a great education on a vital area of modern culture that needs to change as soon as possible.
----- 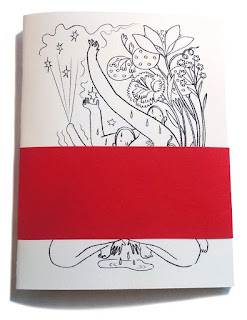 This is a lark, a short, silly comic in which two seemingly genderless characters have a magical sex fight, adopting and attacking each other with both male and female sexual characteristics. It's only a few pages long, but it's full of imagination and weirdness, an example of Eleanor Davis' particular ingenuity when it comes to the language of comics. She's able to utilize clear imagery to convey action and movement that's easy to follow without using any words (aside from sound effects). It's funny, sexy, and kind of gross, and like pretty much nothing else out there. I wouldn't call it an essential read, but if you like Davis and want to see her having fun, it's definitely worth a read.
Posted by Unknown at 1:19 PM