Webcomics links: For National (Graphic) Novel Writing Month, Colleen Frakes is once again drawing a whole damn comic in 30 days and posting it online as she goes, featuring the continuing adventures of Sir Christopher.  Here's the beginning. Last year's was pretty great, so I'm all over this.

Tom Scioli's new webcomic, American Barbarian, looks like another example of the Kirby-style coolness that he does so well; I like what I've read so far.

Also really good reading, if not exactly new, is Jesse Moynihan's Forming, a weird, funny trip through mythology and the dawn of civilization, or something.

This is one on which I'm late, since the whole stupid brouhaha that inspired it has blown over by now, but Ken Dahl/Gabby Schultz did a comic which was an excellent response to the idiocy that occurred when Kate Beaton made some comments about being uncomfortable with some of the gross "praise" she has gotten.  For a depressing bonus, you can read the comments on the comic to see an example of exactly the phenomenon he is describing.

Not really a webcomic: This 2000 AD story by Robbie Morrison and Frank Quitely is pretty fucking awesome, a great example of the action that the latter can draw so well.


I meant to have this up before Halloween, but that obviously didn't happen.  Let's see if I can actually write some shit for once... 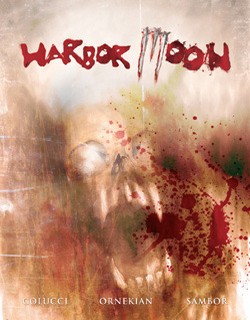 Ambition is certainly a nice aspect to have in comics, but there's something to be said for general artistic and storytelling competence as well.  This book, which was financed and produced by Ryan Colucci but published through Arcana, has plenty of the former, apparently attempting to weave a mythology involving werewolves (that might be a spoiler, but the title kind of gives it away) and werewolf hunters and illustrate it with moody, Ben Templesmith-influenced style, but it's so hard to follow on a basic level that it seems like a lot of effort without much of a foundation to build it on. 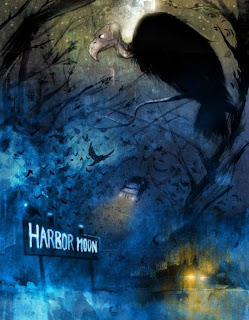 The best thing about the book is definitely the coloring, done in a computery style that really makes certain hues shine on the glossy pages, adding some moody deep greens and blues in atmospheric scenes, and harsh reds for the gory parts; it lends an air of professionalism that much of the rest of the art doesn't live up to.  No, this is the kind of book in which multiple broad-shouldered dudes do a lot of grimacing at each other, and the only way to tell them apart is through hair color or the fact that one of them wears glasses or something.  The story doesn't help, being a pretty simple thing about a guy getting a message from his long-lost father and tracing it to the titular small town in Maine where the populace is unfriendly, only to uncover a dark secret about them, as well as himself.  It's pretty standard, and there's little that's remarkable about it, other than that it lasts a lot longer than it seems to need to as the protagonist keeps wandering around the town, getting in arguments with the locals and flirting with a hot schoolteacher, before it all ends with the monster hunters crashing the town for a big action scene. 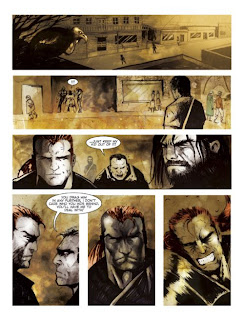 It's all decent enough on a basic story level, but that art makes following which character is doing what a chore, and this combined with the tendency of the word balloons to be placed such that it can be hard to tell what order they should be read in makes for a read that is much more confusing and frustrating than it should be.  When it comes time for action, the artists' grasp of movement and the way objects and bodies interact with each other in space is shaky, making for more muddled scenes that are hard to follow.  It's kind of an amateurish effort all around.  Of course, the book does deliver where it counts, in monstrous imagery and bloody violence, so if that's all you're looking for, you'll find it here.  Unfortunately, those of us looking for a good, well-told story to deliver any of that will have to search elsewhere.
Posted by Unknown at 7:00 PM