I guess this is what has been consuming my attention lately...

I had a blast reading MAD's Greatest Artists: Sergio Aragones - Five Decades of His Finest Works

, but while it's a great book, full of hilarious cartooning and thousands of densely-packed gags, my obsessions run specific, so I was looking for any Groo appearances that I could find.  And lo and behold, here are some (but probably not all) of them: 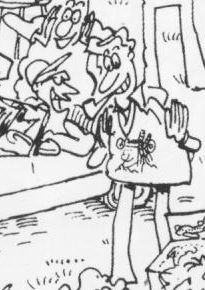 Here's the first appearance that I found, from a piece about how the hippies from the 60s had grown up to be yuppies in the 80s, and this fellow is showing off some fashion that's definitely in poor taste.  The Groo crew started early with the self-deprecating jokes. 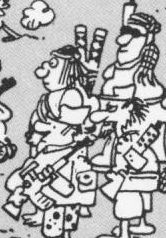 This  one is from "A MAD Peek Behind the Scenes at a Terrorist Training Camp" (times have changed since the 80s, haven't they?)

Later, "A MAD Peek Behind the Scenes at a Comic Book Convention" not only sees Sergio drawing his creation (and being ignored in favor of a woman dressed as a jungle chick): 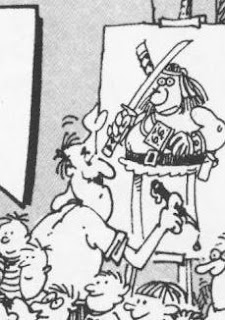 But also people cosplaying as Chakaal: 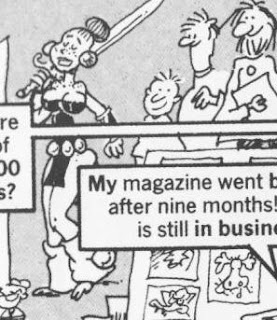 This bit of background from "The MAD People Watcher's Guide to a Shopping Mall at Christmas" didn't scan well, due to being right in the center of the page, but I had to share it: 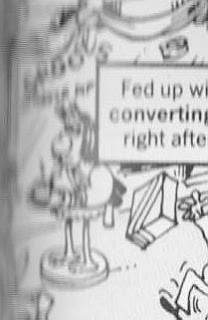 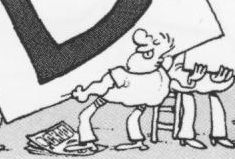 This fellow helping hold up the title of "MAD's Handy Clues, Hints, and Tipoffs that You're Really, Unquestionably, Without a Doubt Stupid" apparently doesn't take very good care of his comics. 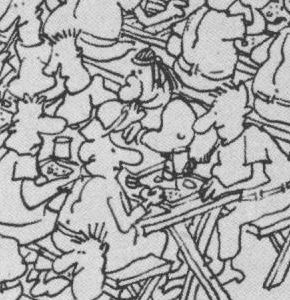 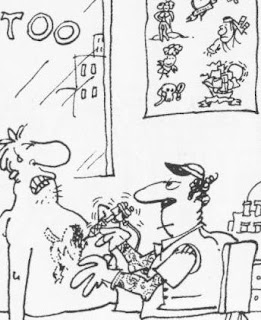 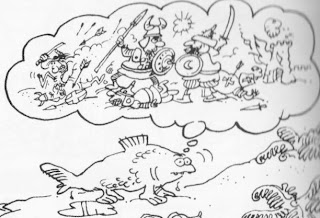 And here he figures in an evolved fish's visions of the world to come. 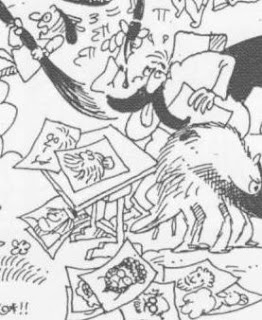 This detail from the intricate cover of MAD Super Special #62 sees Sergio exhausted while drawing Groo (and other stuff), and also sporting a huge moustache that makes up part of Alfred E. Neuman's jawline. 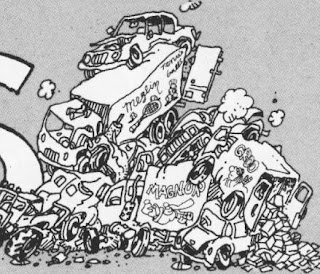 A Groo delivery truck (along with a Magnor one!) apparently caused this huge pileup in the title of "A MAD Look at Cars). 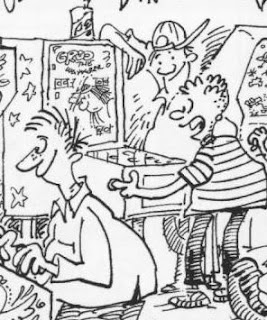 In later years, Groo's appearances seem to have dwindled to occasional copies of the comics, such as in the window of this comic shop: 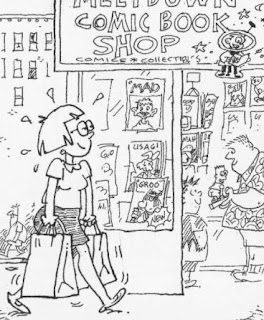 Or on the field at this chaotic Super Bowl scene, for some reason: 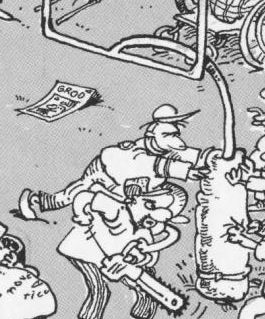 Or even on Sergio's drawing board: 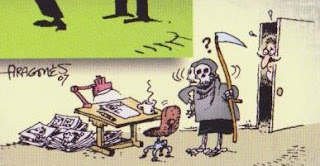 Or at a garage sale he's holding: 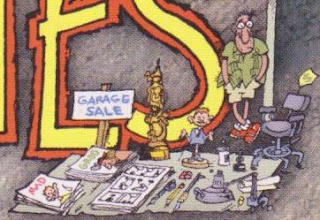 I don't think that silly mendicant will ever go away, and I'll be happy every time I glimpse him lurking in the corner of a Sergio-drawn scene.  Long live Groo!
Posted by Unknown at 11:50 PM