Too Cool to Be Forgotten: Well, I don't think I'll forget about it

Well, this merits some examination, since people I respect didn't like it so much. But I did (spoiler alert!). Okay, to business:

To Cool to Be Forgotten
By Alex Robinson 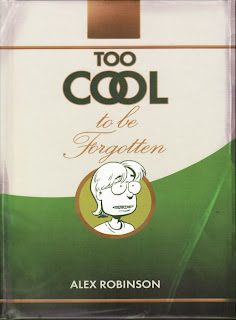 For some reason, I've never read too much of Alex Robinson's work. It might be lingering mainstream prejudices; I did try out Box Office Poison several years ago, and the cartoony artwork didn't sit right with my superhero-fed brain. But after reading his new book, I feel like I should pay him more attention, because I found it to be engaging and enjoyable.

The story goes: Andy is a middle-aged, married guy with a wife and daughter who has, after trying every other method, resorted to hypnotism to stop smoking. But when he goes under, he wakes up in the body of his sixteen-year-old self, still in the midst of high school. After some initial confusion, he realizes that he's about to attend the party where he tried his first cigarette, so he figures his "mission" is to avoid doing so, and thus never set himself on the path to blackened lungs. But while he's there, why not try out some of the things he never got a chance to do the first time around, like ask out the cute girl he always had his eye on?

It's a pretty enjoyable romp, and Robinson plays with the situation in fun ways. As a middle-aged man in a teenager's body, Andy is constantly thinking, remembering what it was like to struggle his way through useless-seeming classes, hang out with nerdy friends, and be constantly distracted by members of the opposite sex. At first, it's like a reunion, as he looks around and wondered what became of all his fellow students after they left school and went on their separate ways: 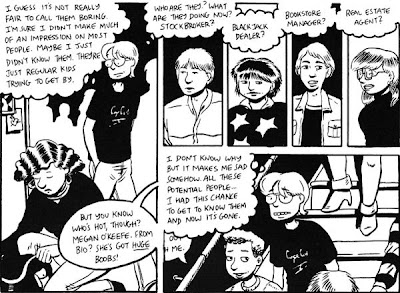 But Robinson also does some interesting exploration of the nature of memory. I found this bit fascinating: 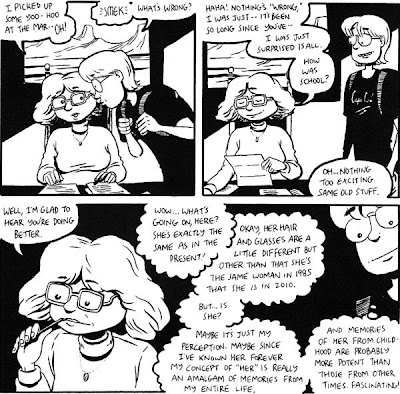 Andy also takes the opportunity to play around with history a little bit (even though he recalls from Star Trek that when time-traveling, you shouldn't mess up the timeline), and it's funny to see what he comes up with: 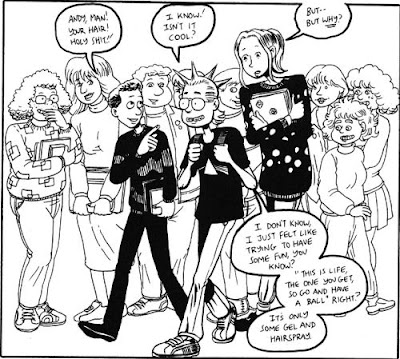 He's got some of the mentality of an adult, but the impulses of a teen, and it ends up being pretty amusing. Especially when he finds that he can't control his rampant horniness (for any female types in the audience, yes, it's true, teenage boys get aroused at the slightest sensory provocation or imagining thereof, with results that can be physically difficult to hide at times. Sorry to give away secrets, guys). There's a scene at the party in which Andy ends up making out with the girl he brought, and when he suddenly realizes how young she is, he freaks out. I don't know if Robinson intended for it to be disturbing, but I found it hilarious.

The aforementioned cartoony artwork has a surprising amount of depth as well, particularly excelling at the depiction of teenage awkwardness. The range of emotion and expression that Robinson is able to convey is impressive, and he gives a real sense of place to the story as well, with nice background scenery and plenty of detail in the scenes in the school, Andy's house, and the party. And he also pulls off some really cool tricks, like the page in which adult Andy is undergoing hypnosis, and we see a rough depiction of his face consisting only of his thoughts: 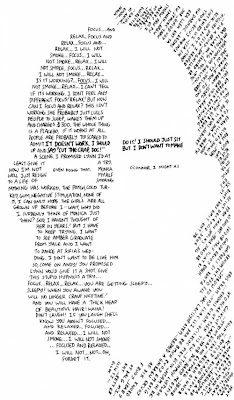 And a later scene in which a page of panels showing a series of childhood memories comes together to form an image of teenage Andy's face (I've blanked out the captions to remove spoilers): 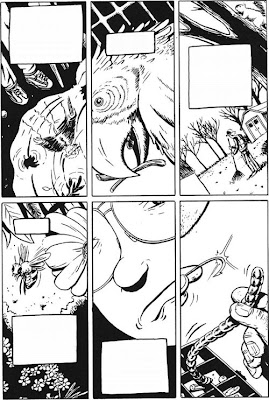 That one in particular blows me away, and it's only one example of Robinson's general artistic excellence.

But as enjoyable as all this is, there's an emotional component to things as well. For much of the first half of the book, there seems to be something going on in the background that's not being mentioned, and when Andy successfully completes his "mission" but doesn't return to the present, it all comes rushing back to him in a flood, leading to a wonderful, poignant scene that is the real reason for his trip to the past. It's incredibly well done; Robinson totally nails all the feelings and pain that come with the situation (I'm trying to be vague here to avoid spoiling anything), and the whole story comes together in a matter of a few pages. It's excellent stuff; I might have even squeezed out a few tears.

So it's definitely a worthwhile read, telling an entertaining story and really tugging at the heartstrings with some earned emotional weight. I would recommend it to those who aren't too cynical to get into that sort of thing, and I expect it'll be a contender for the best comics of the year. Well done, Mr. Robinson.
-----

So that's my take on things, but I'm curious as to what others might not have liked about it. To be specific, both Tucker Stone and Chris Mautner indicated disappointment with the book in this post and its comments (Tucker's verdict seems to be "too sentimental", which I can understand, but I didn't find that aspect bothersome). So if anybody wants to discuss what they thought did and didn't work in the book, please use the comments here to do so.
Posted by Unknown at 8:28 PM