As happens at every comics convention I attend, I try to get as many contributions to my Groo sketchbook as possible, and this year's CAKE was no exception. Here are the awesome pictures that a bunch of talented people drew for me: 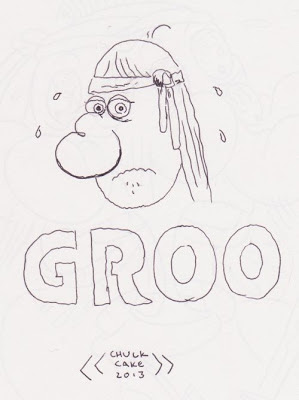 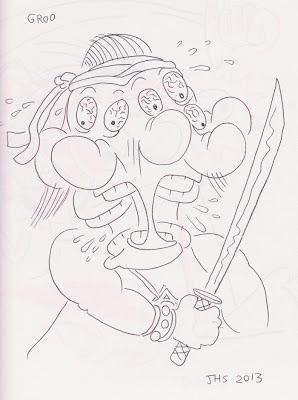 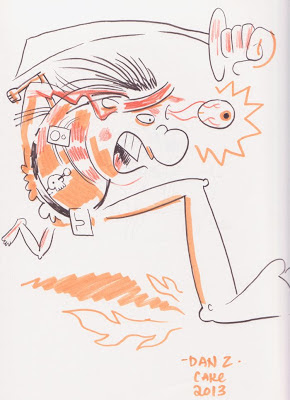 Dan Zettwoch adds his signature bulging eyeballs and flames to our favorite mendicant. 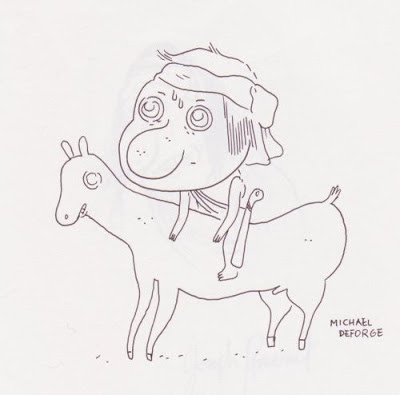 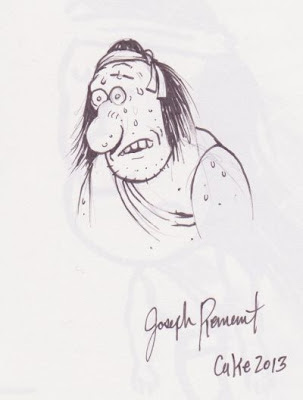 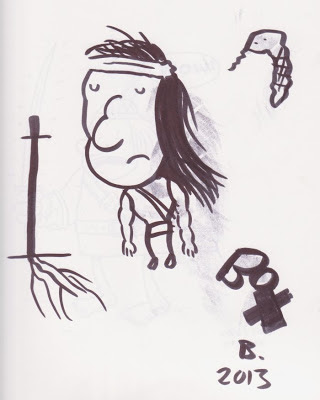 Box Brown also makes Groo cute. Somebody bumped him from behind while he was sketching, causing him to leave some handprints on the page, so he turned those into a snake and a signature. 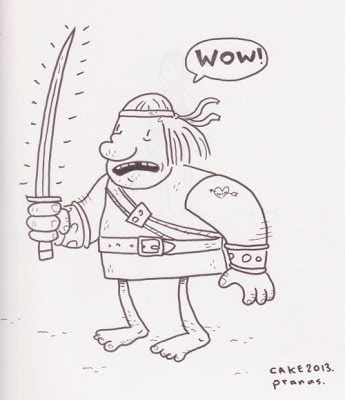 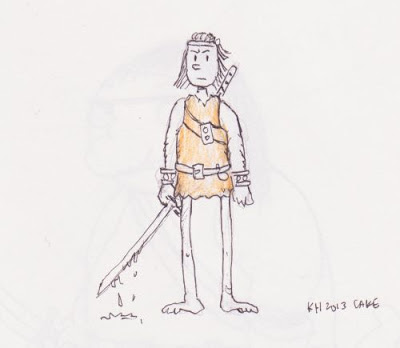 Kevin Huizenga contributed what could be Glenn Ganges doing some Groo cosplay. 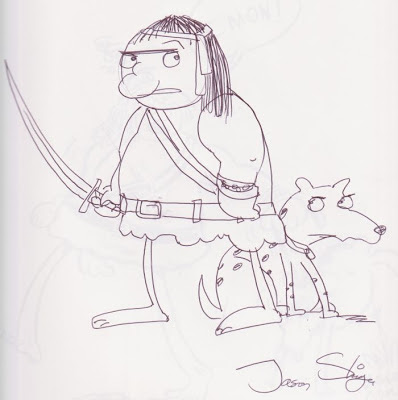 Jason Shiga drew Groo in his signature simple style, but he still got the nose right, and he even added in a good Rufferto! 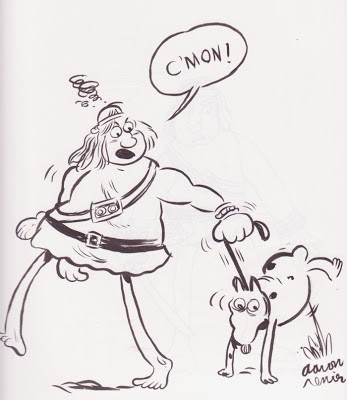 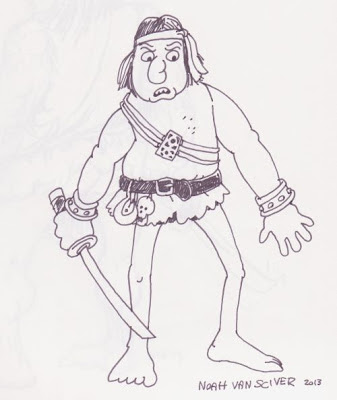 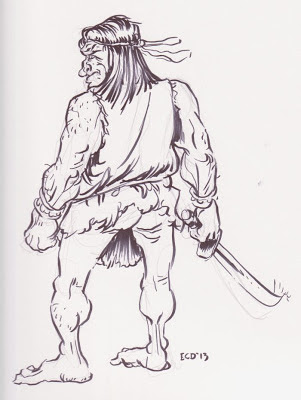 And Ezra Claytan Daniels provides a pretty realistic Conan-style version of Groo, along with a glimpse of his backside.
Posted by Unknown at 9:39 PM