As part of the unspoken agreement between fans and comics creators, when the former meets the latter in a public place, the latter is obligated to perform their craft as a reward for the former buying their wares.  So, here are the neat drawings that comics artists did for me at the convention:

John Campbell drew one of his typically minimalist characters, matching the contents of his minicomic: 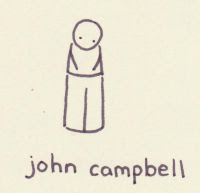 Becky Driestadt did the opposite, drawing a deer in lush detail:

And a cute doggy, along with some flowers and an inscription for my daughter: 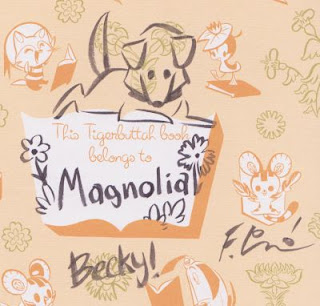 Lucy Knisley did a picture of her cat, which, since I am a stalker, I know is named Linney: 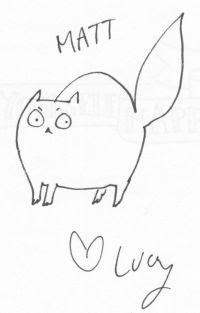 Matt Kindt added a nice scene with a brick wall to the title page of his new book: 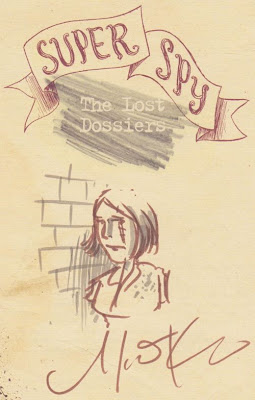 Both Dave Roman and Erika Moen drew tiny self-portraits, although Moen took the opportunity to comment on the salacious nature of her minicomic Girlfuck:

Dash Shaw added more lines to his already complex character guide on the inside front cover of Bodyworld: 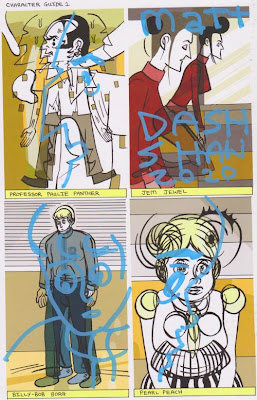 And Spike rendered a dinosaur having a birthday party, because why not? 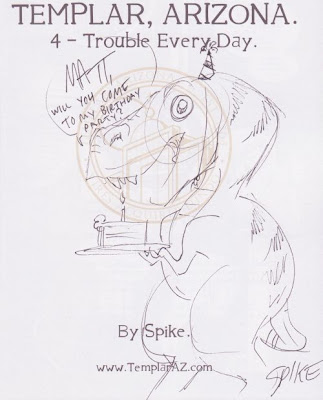 And here are the additions to my Groo sketchbook:
Ben Templesmith said he was only able to do a quick sketch, which was perfectly fine with me, so he whipped out this drawing using only a Sharpie in a couple minutes: 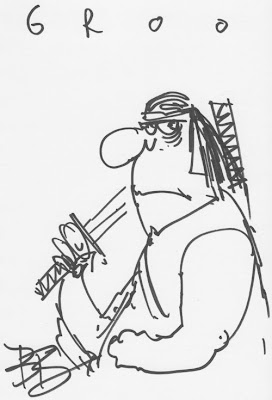 I like the facial expression on this Erika Moen Groo: 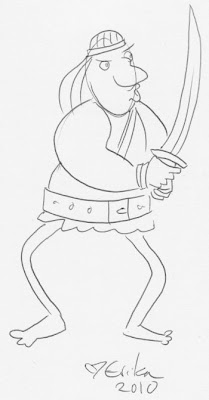 Gene Ha was excited to be the first to do a realistic take on Groo: 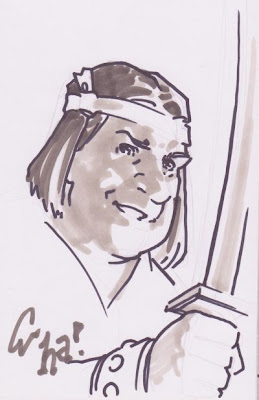 Danielle Corsetto drew a horse, taking inspiration from the copy of Groo the Wanderer #62 that I had on hand for reference: 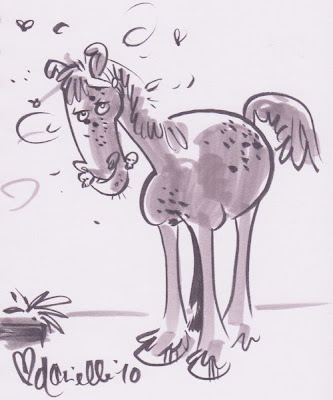 Ryan Dunlavey did a stinky, brutish depiction of the character: 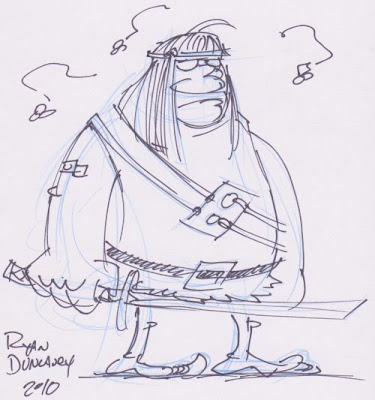 Kevin Colden did a nice job, making the big guy kind of suspicious: 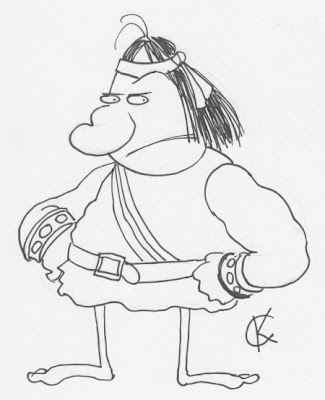 Katie Cook did one of her mini-paintings, a nice depiction of the character that's only about an inch high:

Raina Telgemeier can even make a mendicant seem bright and cheery: 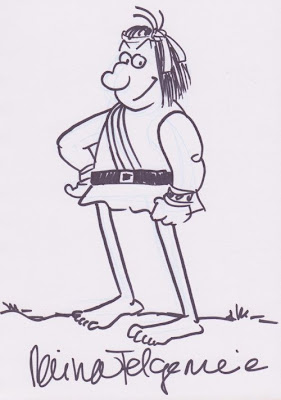 Telgemeier's sketch finished out my sketchbook, and while I thought artists might be able to draw on the reverse sides of pages, Tony Akins didn't want to do so for fear of the ink bleeding through and ruining another sketch, so he drew a little mini "indicia" sketch on the inside back cover.  I thought it was pretty cool, with a bit of Frazetta influence: 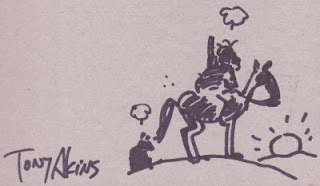 After this, I decided to purchase a new sketchbook, and the only one I could find was much larger than the 6" x 9" one I had, measuring around 9" x 12".  Ramon Perez, who does the excellent webcomic Kukuburi, did a pretty amazing job on the first page of the new book: 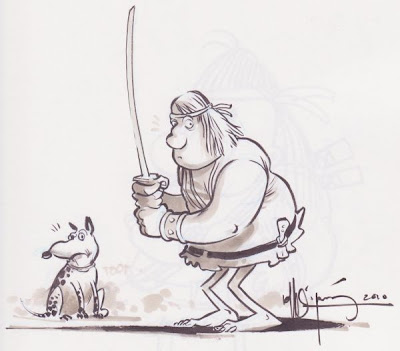 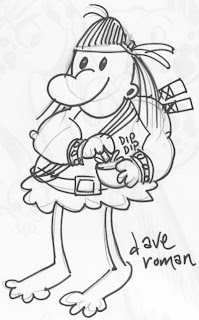 And Becky Driesdadt showed off her animation-style proficiency with a huge image of Rufferto riding that horse again: 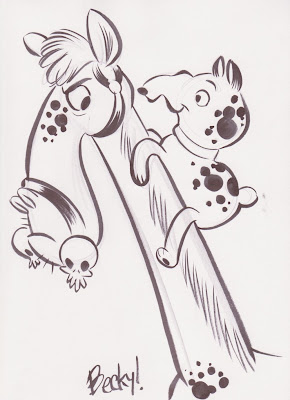 Those are some excellent additions to the collection; I'm building up quite the body of commissioned work here.  Thanks as always to the generosity of everyone who contributed; I love all of your work, and seeing you create these drawings was a revelatory experience.  Please, keep making great comics, and I'll keep reading them.
Posted by Unknown at 8:46 PM