The first Groo appearance in this issue is right on the cover, with the mindless barbarian appearing in the audience of a bullfight: 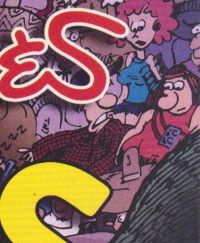 And a random issue of the series shows up in the midst of Sergio's Hoarder-ish studio: 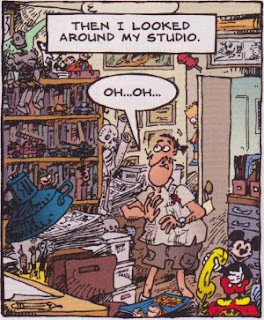 That's pretty much it for appearances of the character himself, but I did notice his swords leaning up against one of Sergio's file cabinets: 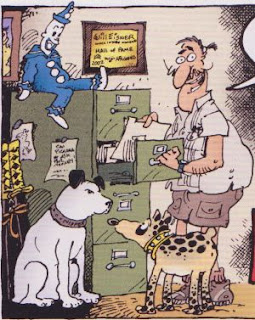 And on the letters page, which is mostly taken up this month with Sergio thanking his friends and colleagues who have written in, he drops this comment to Mark Evanier: 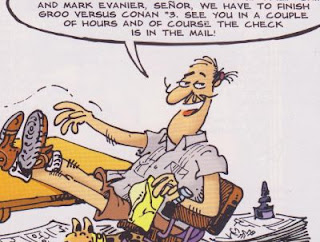 Looks like the Conan crossover is actually finally happening...
Posted by Unknown at 12:00 PM