As always, whenever I go to a convention, I try to get some artists that I like to add to my Groo-themed sketchbook, which continues to increase in awesomeness with each new year. For this C2E2, I obtained the following:

Katie Shanahan, who turned out to be a Groo fan herself, did an awesome coloring job on this lively contribution: 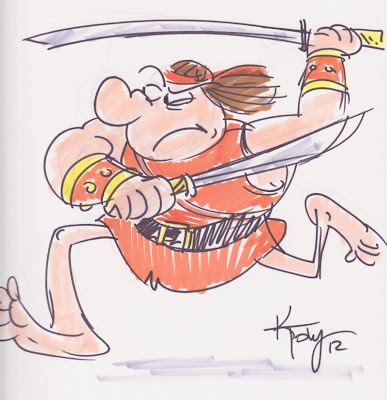 Jeremy Bastian, after looking at Becky Cloonan's drawing of Arba (which you can see here), did his own version of the character: 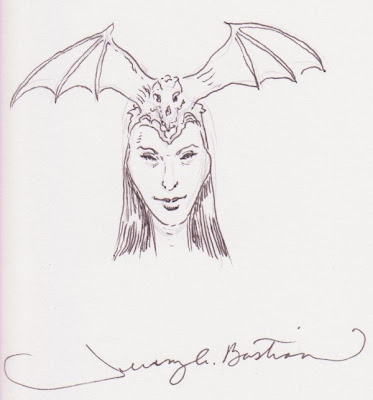 I love the expression and the thick brushwork Paul Azaceta put into this sketch: 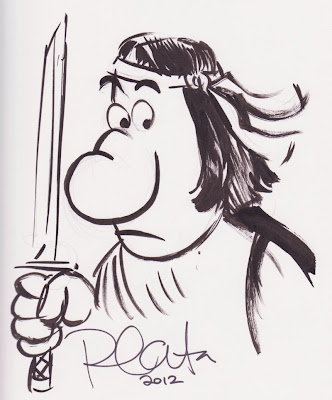 Gabriel Hardman liked the cape Groo was wearing on the cover of issue number 75, so he drew one in his sketch since it made for a nice composition and added some cool shadows: 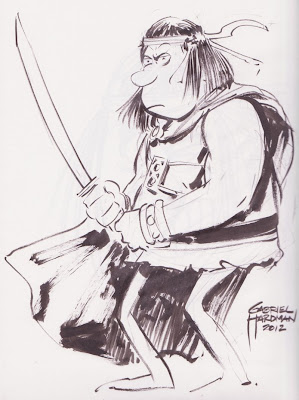 And Eric Powell whipped out this quick grimacing face, sketching lightly in pencils and then, rather than inking, just going over the drawing in dark pencils as a finish. Check out those confident lines in the hair. The whole thing probably took him two minutes, and it looks awesome: 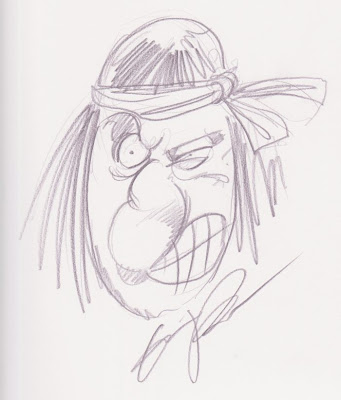 That's all for this year, but I'm always looking to add more cool mendicants to the collection.
Posted by Unknown at 11:26 PM