Here are a few of the comics I acquired at C2E2, and what I think of them:

Thomas Vs. the Monsters #1
Fear Is the Mind-Killer: A 24-Hour Comic
By Jp Pollard
Self-published 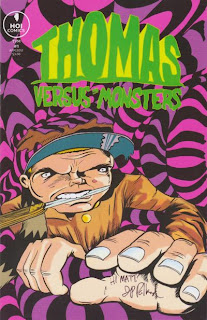 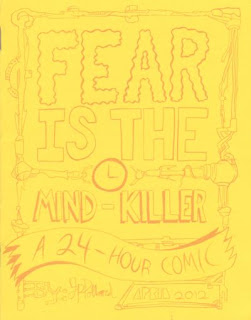 It's always exciting to find an interesting new voice on the comics scene, and that's exactly what Jp Pollard is, having recently quit his job as a graphic designer to pursue his dream of making comics. He details the journey to that point in his 24-hour comic Fear Is the Mind-Killer, making for a nice self-examination as he describes his pitfalls and successes as he struggled with self-doubt and the fear of...failure? Success? Uncertainty? The answers, as much as Pollard manages to formulate them, are interesting and relatable, mostly due to the visually interesting way in which they are presented, with panels often formed of and connected by machinery and cables, and the revelation of Henry Rollins as a sort of spirit animal for Pollard. It's bracingly honest work, and it's a great way to get one interested in the results of all the word detailed within. 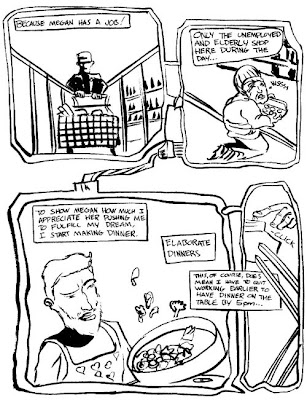 And luckily, that comic, Thomas Vs. the Monsters, turns out to be pretty good, an enjoyably odd adventure story about an odd kid who, yes, fights monsters. We actually get introduced to him through the point of view of Andy Anderson, a college student who stumbles across Thomas, a grumpy young man who wears what appears to be a newsboy cap with a raccoon tail attached and bears the no-nonsense demeanor and thousand-yard-stare of a soldier in a war hidden from the sight of most of humanity. Andy gets dragged along on a trip into supernatural craziness, the pair discovering something that even surprises Thomas, and gives Pollard a chance to draw all sorts of weirdness. In fact, as goofily interesting as the plot is, the visuals are where the comic really shines, with characters sporting cartoonily simplistic designs and bizarre proportions (the forced perspective seen on the cover seems to have permanently disfigured Thomas into a big-handed, long-armed, small-footed mutant, an appearance that, perhaps, gives him a kinship with the very beasts he is sworn to destroy?), monsters alternating between Jack Kirby angularity and Cronenbergian body horror, and crazy Steranko effects taking over when it's time for a psychic freak-out. It's a weird, cool comic, and Pollard really seems to be enjoying himself. I can't wait to see where it goes next. Fortunately, I won't have to wait, since new issues are being posted online (in color!) as they are finished. Give this comic a look, if you dare. 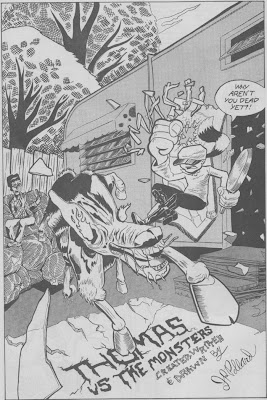 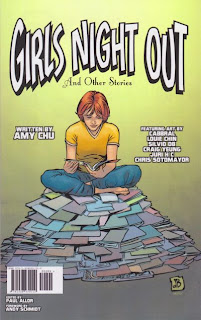 This is a small anthology of comics written by Amy Chu, an ambitious writer trying to transition into comics from the film industry who is new to comics, and she seems to be working hard to improve her craft, figuring out the ins and outs of comics storytelling. The stories here span a variety of genres: a short slice-of-life contrasting the lives of two women in 1958 and 2011, a mysterious look at a soldier reminiscing on terrorism after the death of Osama Bin Laden, a cute story about a man connecting with his son via online gaming, a sci-fi tale with a twist in which a bounty hunter tracks down a kidnapping victim, and a fable about an emperor trying to cheat death with dire consequences. They're all pretty short stories, ranging from three to six pages, but they're a good demonstration of Chu's skills at different plots, settings, and character types. The artists are all pretty competent as well, with the standouts being Craig Yeung's soft-focus realism and Cabbral's angular cartooniness. There's definitely talent on display here, and hopefully we'll be seeing more of it in the future. 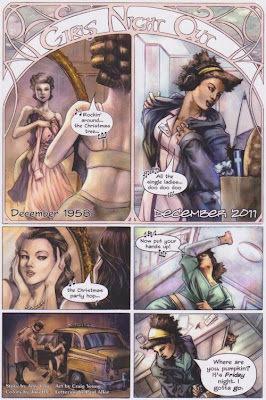 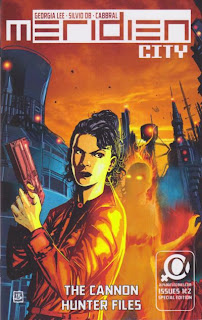 With this series, Amy Chu's partner Georgia Lee is taking a different approach to breaking into comics, spinning a long-form sci-fi story set on a planet which, due to the same side always facing the sun, is only inhabitable in a strip of land that circles the globe, a single circumferential city nestled between extreme heat and cold. It starts out as a murder mystery, with a police investigator searching the hot zone for a serial killer, but the plot soon derails, turning into a story about the rich and powerful preying on the weak, the heroine discovering that she plays a key role in the future of the planet. It's interesting, if fairly rote, with some neat ideas and sci-fi designs, and competent art that conveys the action and emotions clearly. It's not exactly a barn-burner, but it's well-done for what it is, and it's good enough to raise interest in the conclusion of the story, which hopefully won't be too long in coming. There's a mild recommendation if I ever heard one. 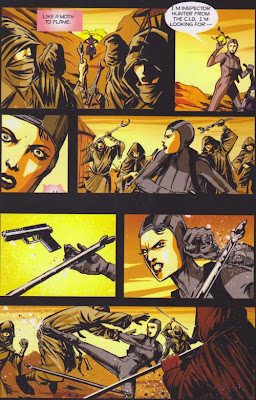 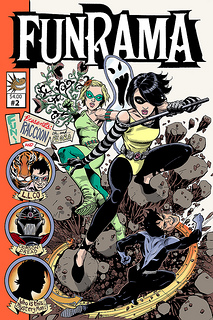 When I bought this comic from him, Ryan Kelly asked that it not be reviewed, since it's something he's just doing for fun in between his professional projects. So while I won't comment on the story, which works well enough as a fun superhero story about a teen girl who fights crime and faces a possibly sinister stranger, I will say that the art is excellent, a great example of how good Kelly is at what he does, from character design to believable settings to dynamic action. It's never less than lovely, full of cute girls, cool villains, and beautiful  backgrounds that ground the goings-on in realistic suburban settings. It's not exactly a secret that Kelly is a hell of a talent, and this series is a good chance to see him unfettered, just throwing comics onto the page for the fun of it without having to follow the orders of corporate masters. This might not be a life-changing work of genius, but it's obviously fun for Kelly to do, and that makes it fun to read as well. Don't miss out. 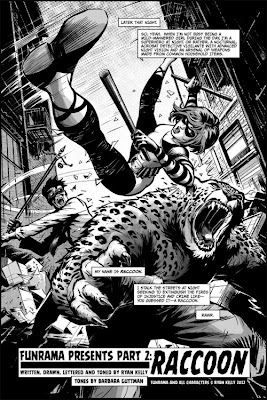