Doesn't look like it. Man, what happened to Dark Horse? They used to do such cool stuff; now it seems like it's just manga, Star Wars, and Conan. And Aliens/Predator. I guess they do any new Concrete series that come out, and they have Hellboy and The Goon (although Goon isn't on the schedule this month; isn't Eric Powell working on some big Goon graphic novel called Chinatown?), but it seems like they rarely publish anything I'm interested in. So this look at their solicitations for March probably contains nothing I will buy, just stuff I felt like commenting on. Off we go: 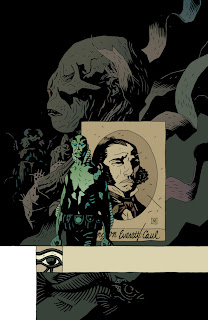 B.P.R.D.: Garden of Souls - I haven't been reading the BPRD series because I'm way behind on Hellboy. Eventually I'll buy all the collections and get caught up. But I wanted to point out this Mike Mignola cover. Awesome. 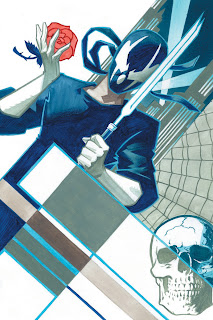 I've never read any Grendel, but if I wanted to, it looks like this would be the place to start. Apparently, it collects very hard-to-find stuff from Grendel's first appearances. I've never been interested, but I guess now that this is out I can keep it in mind. 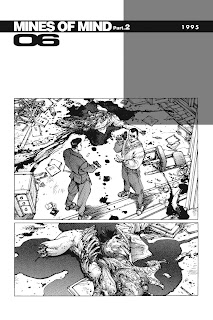 Ghost in the Shell: Human Error Processor - I've seen both the Ghost in the Shell movies, as well as a couple episodes of the TV show, but I've never read the comics. They seem interesting, but hard to follow (even more so than the movies). I do like to read Jog's reviews of them. I guess I just wanted to point out what is shown as the cover to this issue. Is this really the cover? It's incredibly gory; good luck displaying it in stores. 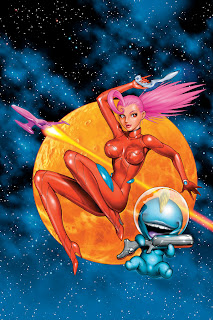 Space Pinchy - Really? Space Pinchy? What the hell is this? It looks pretty fucking weird. Something about a treasure hunter. In spaaaaaace! From the solicitation info: "From the crazy manga mind of Tony Takezaki, Space Pinchy is a frenetic series of sexy high jinks, rendered in beautiful, 3D-curvy color." Wow. 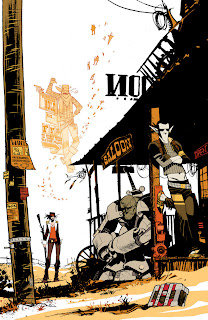 Outer Orbit - I haven't heard much about this series. Did the first issue come out already? Does anybody know if it's any good? I do like the cover to this (final) issue. A good sci-fi/western vibe.
------
Well, that's all that even catches my eye, and nothing that I actually expect to buy. Except maybe Space Pinchy. I'll have to see about that one.
Posted by Unknown at 9:49 PM