Imagery regarding solicitation. From Image.

Here's what interests me in Image's March 2007 solicitations: 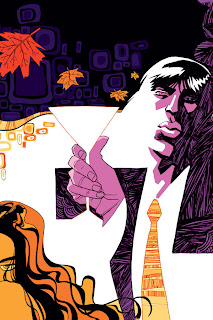 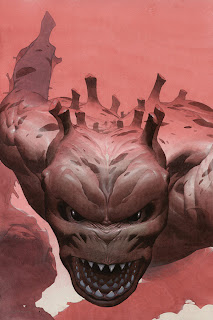 Common Foe TPB - I know little about this series. I think it has to do with Allied and Nazi soldiers during WWII teaming up to fight a monster of some sort. It's written by Kieth Giffen, who I'm pretty ambivalent about (blasphemy!). The monster on the cover looks cool though. It reminds me of the monsters in the game Shadow of the Colossus. 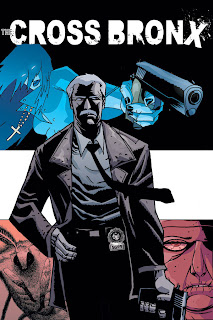 Cross Bronx volume 1 TPB - This looks like an interesting series, but I haven't been buying it. I like Mike Oeming, both his art (Powers!) and his writing. The collection is weirdly expensive, according to the solicitation: $16.99. I think the single issues are $3 each, so the trade shouldn't be more than $12 (it's a four-issue series), in my opinion. Even if they are $4, the collection is more expensive. What's up with collections being more expensive than the individual issues lately? 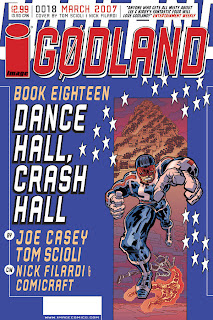 Godland #18 - Crashman returns! Man, this series is so cool. 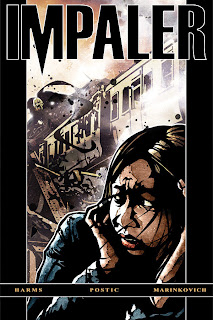 Impaler #5 - I haven't picked up any issues of this book, but it does look cool. The cover of this issue seems weirdly familiar though. I swear I've seen that image (or one very similar) before. Does anybody else recognize it? 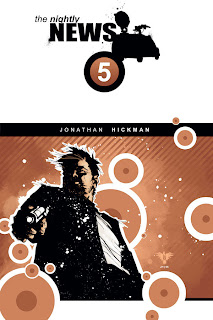 Nightly News #5 (of 6) - This cool series continues. That cover looks similar to previous covers. Huh. I really like the design of this book. I think Jonathan Hickman is destined for greatness. Or something like that. 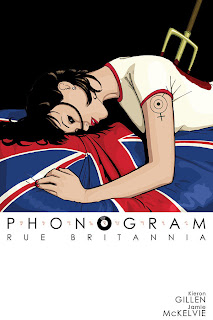 Phonogram volume 1 TPB - Man, I got the first issue of this series, and it was completely over my head. I don't know that much music, so I missed pretty much all the references. It was interesting, but I felt like it just wasn't for me, so I haven't bought any subsequent issues. My wife is into music, and I read some of the lines to her, and she got them. I gave her the issue to read, but she hasn't read it yet. If she does, and she likes it, I'll probably end up either buying the rest of the issues or this trade. It's $14.99, which isn't a bad deal. We'll see. 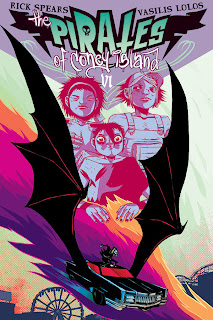 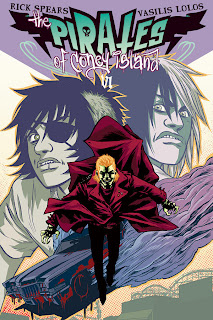 Pirates of Coney Island #6 (of 8) - I've enjoyed the first two issues of this series so far. Hopefully it will continue to get better. The covers are great again this month, although I think I actually prefer the Vasilis Lolos cover (the one with the winged car) to the Becky Cloonan one. I've liked the Cloonan ones better on all the previous issues. By the way, it looks like there's vampires or something in this issue. Crazy. 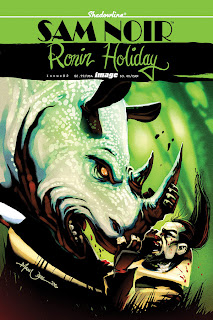 Sam Noir: Ronin Holiday #2 (of 3) - I need to find the first miniseries of Sam Noir. I heard it was good, and this second mini also looks like fun. Samurai vs. rhino! 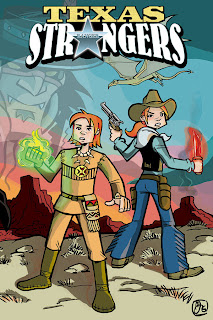 Texas Strangers #1 - I like the old-west-with-magic premise of this series, but the art looks really amateurish. Yuck. Unless it looks better on the inside, I most likely won't get it. 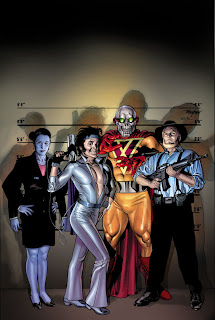 Unusual Suspects - I am usually not interested in anything from the Top Cow branch of Image, but I must say I like the cover of this graphic novel. It made me smile. Other than that, the only thing that interests me about it is a story with art by Ben Templesmith, but that probably won't be enough to get me to buy it.
-------
Huh. Not much that I'm interested in here. Pirates of Coney Island, Godland, and Nightly News are my only sure purchases. Maybe I'm actually succeeding in cutting back on my comics spending.
Posted by Unknown at 10:59 PM