I don't usually talk about solicitations of forthcoming comics anymore, but I had to take note of some of the excellent offerings coming from Image Comics in November: 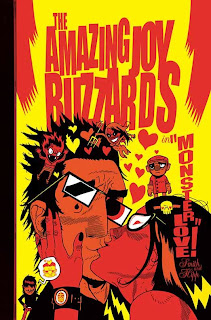 The Amazing Joy Buzzards, volume 2: Monster Love - Aw, yeah, I can't wait for this one. It's no secret that I'm a big fan of this series, and judging from comments by creators Mark Andrew Smith and Dan Hipp, this new volume should be a good expansion and deepening of the series. Should be awesome. 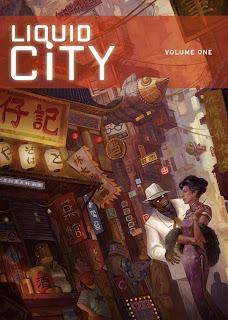 Liquid City - In another of Image's line of anthologies, this one focuses on creators from Southeast Asia. Most notable, for me, is the inclusion of Lat; I'd love to see more of his work. There's also Mike Carey (who, to my knowledge is not Asian) and Sonny Liew (who is), and probably many others; the book is 312 pages for $29.99. 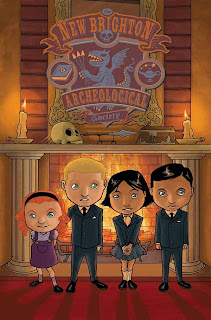 The New Brighton Archaeological Society - Also from Mark Andrew Smith, this looks to be a nicely-illustrated (by Matthew Weldon) series of stories about a group of children who discover that their archaeologist parents were involved in some sort of mystical war. There were some stories featuring the characters in Popgun volume 1, and it seemed like an interesting concept. I do usually like Smith (see above), but not always. So hopefully this will turn out good.
-----

Those are the big titles, but there's also a new trade collection of Godland, a graphic novel called Douglas Fredericks and the House of They by Joe Kelly and Ben Roman, and one or two other notable offerings. But the ones above are probably going to end up on my Christmas list.
Posted by Unknown at 10:49 PM