Hey, I'm supposed to do reviews and stuff here, right? Well, I might have something up tonight, but I just discovered an artist and project that I wanted to talk about, so I'm spending a post mentioning it. In Rich Johnston's column this week, he posted the cover to an upcoming series written by Joe Casey, Charlatan Ball. I don't believe I had heard of this series previously, so I googled it and came across the blog of the artist, Andy Suriano. And now I'm quite excited to check out this series. That cover made me think it looked similar to another series Casey writes, Godland, which is a Jack Kirby-inspired cosmic adventure series. But Suriano's posts and art samples, while still pretty Kirby-influenced, seem to me to be similar to Frank Espinosa's work on Rocketo. This is especially true in the images from a post about using a limited color palette: 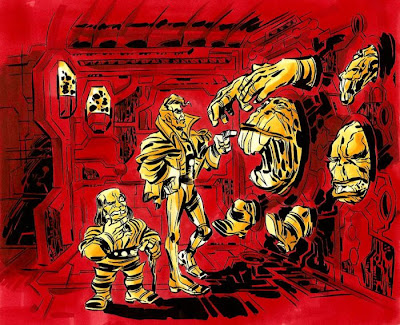 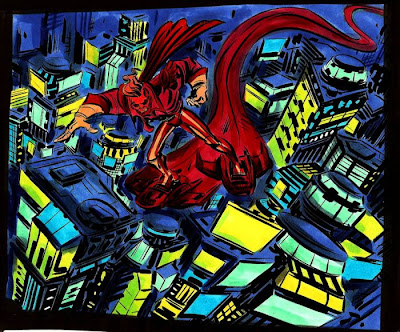 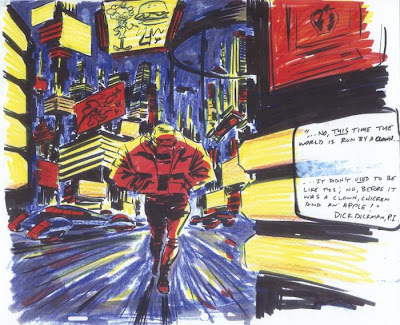 Just look at those streaks of color! That's beautiful stuff. So yeah, color me excited (get it? Ugh.) about this series. I don't even know what it's about, but since I usually dig Joe Casey's writing, and this art looks incredible (hopefully it won't change too much in the final product, which will be colored by a different colorist), I'm all over it.

And since I already did the search, here's another bit info that I found: a Newsarama interview with Joe Casey about the series (and another upcoming book, Nixon's Pals). Enjoy!
Posted by Unknown at 11:44 AM