Today's Fourth World panel(s), from Superman's Pal, Jimmy Olsen #141, are all about the comedy. What else do you expect, with Don Rickles as the guest star: 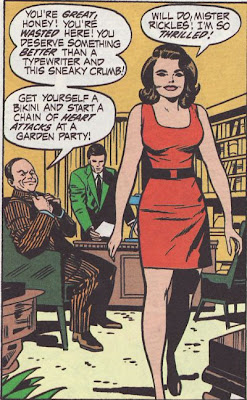 Really, the comedy sidelines the rest of the action and plot here. Sure, we get to see Clark Kent do a flyby of Apokolips, and the Guardian slugs it out with some Intergang punks (I was tempted to scan an awesome double face-kick with a cool "SPOW!" sound effect), but the best parts are the funny stuff. I love Kirby's dialogue, and he comes up with some great lines for Rickles. Here's another one: 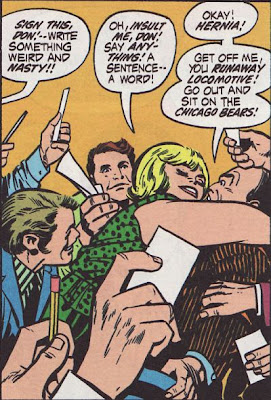 I don't know what Rickles' fans at the time (or Rickles himself, for that matter) thought of this, but I find it hilarious. Okay, more awesomeness tomorrow.
----

Oh, and I've also got a review of a book called Kate Lawson and the Ship of Lost Souls up over at Comics Bulletin, so there's something else to read if you can't get enough of my yammering.
Posted by Unknown at 9:33 PM