These days, most of Sergio's Groo cameos come in the form of something in the background of one of the regular "Sergio in his studio" intros, or on a page of something he's illustrating, but it's still fun to spot them wherever they appear. For instance, here's Sergio at a convention, with a "Groo Game" on his table: 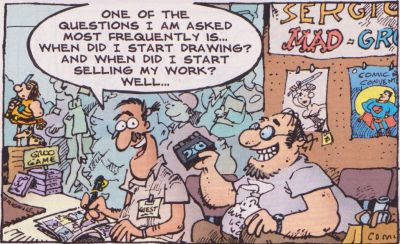 I'd love to play that, if it's real. Next, in the answer page to the issue's games, we see a neat Groo statue (along with one of The Sage!) at Sergio's feet: 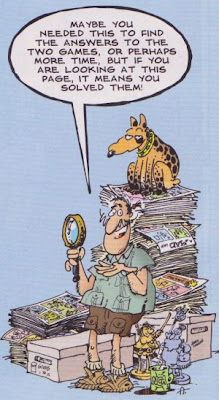 And finally, and most oddly, there's a Gogurt ad illustrated by Sergio taking place at a comics convention, and Groo can be spotted on a poster: 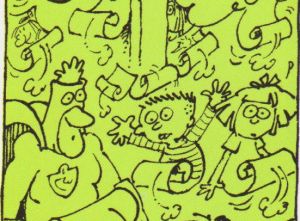 There's one other appearance, and one that is actually more of a real cameo than an image-in-an-image, but it's on the cover of the next issue, so I'll wait until then to make note of it. More obsessiveness next month!
Posted by Unknown at 12:00 PM