As is customary when one attends a comics convention and brings things home, here is a photo of said loot: 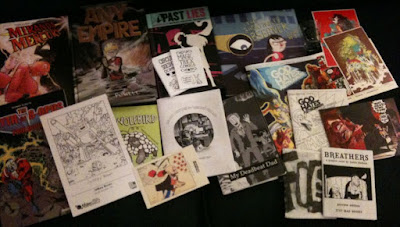 These are, from left to right, starting with the top row:
Not a bad haul for what was a pretty miniscule budged this year...
Posted by Unknown at 12:00 PM