So, believe it or not, this is the 400th post here on Warren Peace Sings the Blues. That's a lot of jibber-jabber. I hit my one-year "blogoversary" (god, that's a stupid word) about two weeks ago, so that means I've been averaging more than one place a day. Jeez, I almost want to apologize for writing so much. So here's a roundup of some of my favorite posts, but if it bores you, skip past it, because you'll want to read about the contest/giveaway I'm doing:

Will Eisner Week
Excellent Jack Kirby panels
The original version of my 100 Bullets character map
And the updated version (at the bottom of the post), which I did after I read the eleventh volume

A crappy drawing I did as an entry for a contest on Chris Sims' blog.
Lame jokes about an early issue of Fantastic Four.
In the spirit of the holiday season, an image-heavy look at a Christmas-themed issue of Spider-Man's Tangled Web by Darwyn Cooke.
A look at the crazy-ass manga Octopus Girl, and the origin of the term "WST" (Weird Shit Tolerance) that I use every so often.

In memoriam: Kurt Vonnegut
My favorite movies of 2006 (and the revised list)
I bitch about the 2006 Oscars

Down in the Valley
Tommy
Samurai Saga
Black Snake Moan
300
Tideland
This Film Is Not Yet Rated
Meet the Robinsons
Brand Upon the Brain!
Sunshine
The Great Yokai War

Okay, that's enough of that. How about a contest? I have an extra copy of the graphic novel Unbeatable: 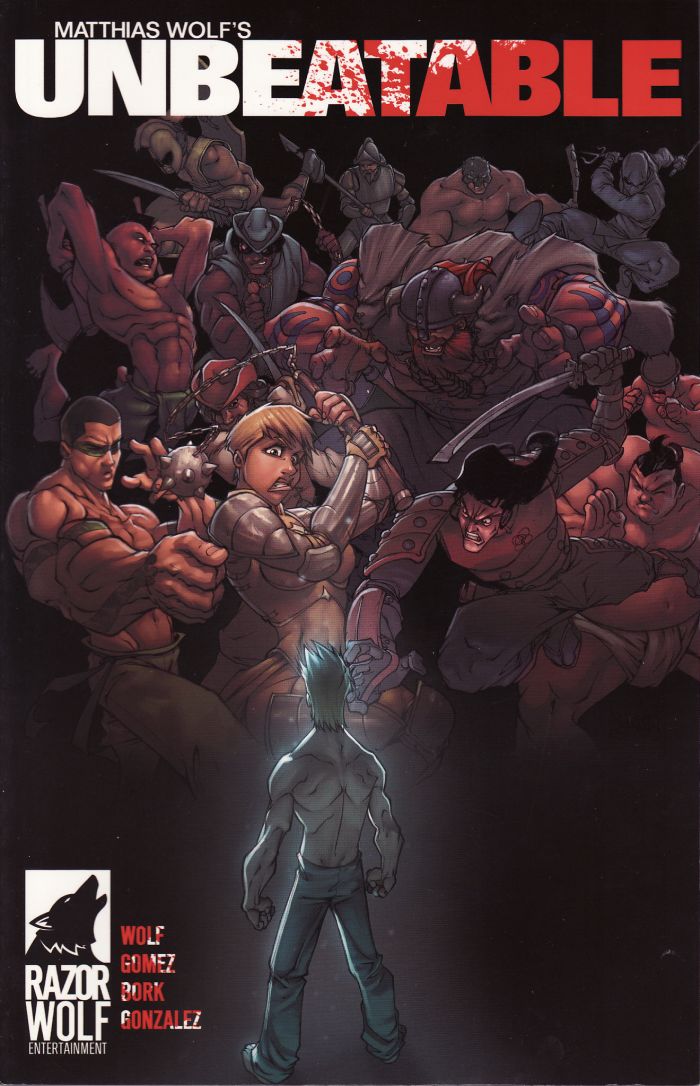 I reviewed this yesterday, and it's a pretty good book, so if you want to win a copy, here's what you have to do: design me a banner to go at the top of the site. I'm sick of the plain text up there, and I want something more snazzy. I might be able to make an attempt at coming up with something myself, but I figured I would try to get someone else to do it for me. So, if you want to enter, come up with an image that incorporates the blog's title, Warren Peace Sings the Blues, and email it to me at mbrady325[at]gmail[dot]com. It can be an image relating to comics, a visualization of the title, or whatever the hell you feel like doing. I won't guarantee that I'll use any images, but I'll post all entrants either on the blog or on Flickr (except for any that I somehow find overly offensive, which is unlikely), and I'll mail the comic to the one that I decide is best. Depending on the number and quality of entrants, I might even award a second or third prize and send out other stuff that I have lying around. I figure I'll give a couple weeks to get any entries in, so the tentative deadline is December 10. Thanks in advance for entering, and I look forward to seeing what people come up with!
Posted by Unknown at 3:33 PM