Parasyte: This is much worse than something like leeches

Hey, two reviews in one night! I'll keep harping on my contest, just to keep it at the top of the page. I've already received one entry, so let's get some competition going, people! Okay, on to the good stuff: 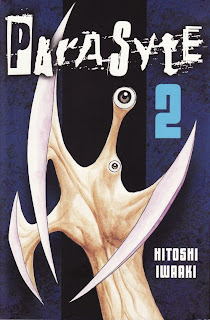 A good quality of manga that Westerners often talk about (since it's an obvious comparison to our market-dominating superhero comics) is the finite nature of the stories. Without a need to maintain a rarely-changing status quo, characters are allowed to develop and plots can take unforeseen, series-changing turns. Even so, series can still hit a plateau and stay there with little forward movement, but I'm quite happy to say that Hitoshi Iwaaki's Parasyte is not one of those series. It could have continued with the wacky "kid with an alien arm" antics of the first volume (which I reviewed here), but it gets much more dramatic in this volume, with some major changes to the main character and those around him. There's some powerful stuff here, plots I wasn't expecting to encounter in a goofy "boy and his alien" story. And the whole nature of the series shifts; not only do Shin and Migi grow closer (in a manner of speaking), but Shin is starting to have to fight to maintain his humanity as much as he and Migi are fighting an alien invasion. I won't spoil any details of the plot here (at least, none that I haven't already), but I will say that this new direction has me even more interested in the series than before. It went from being "pretty enjoyable" to "can't wait for the next volume".

I think the art might have improved as well, possibly due to the shift toward a more dramatic tone. At the beginning, Iwaaki still includes some of his goofy facial expressions: 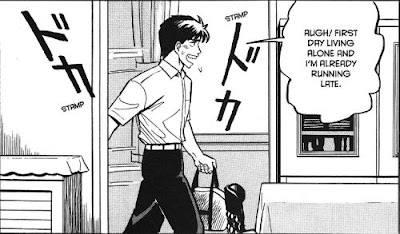 But he gets better as he shifts away from comedy; I was especially impressed with his depiction of Shin's increasingly animalistic countenance: 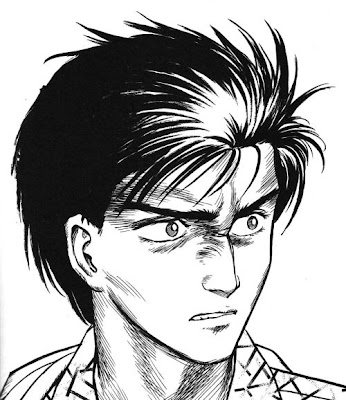 And the weird alien designs continue to be awesome; Shin and Migi encounter and befriend another human/alien pair that have taken a bizarre form: 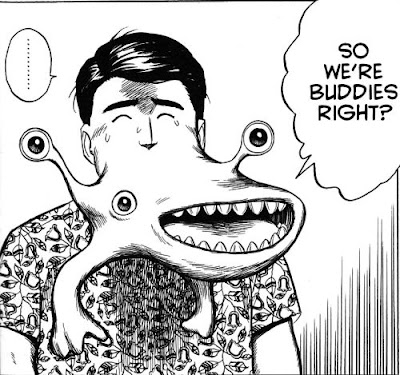 And the action is still quite exciting and dynamic, especially as Shin begins to develop more superhuman abilities. Whether he's exhibiting acrobatic skill: 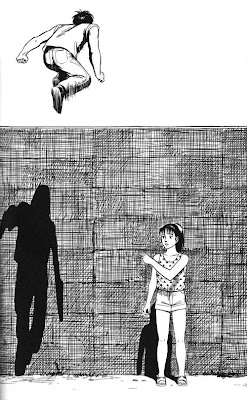 Or having badass alien duels: 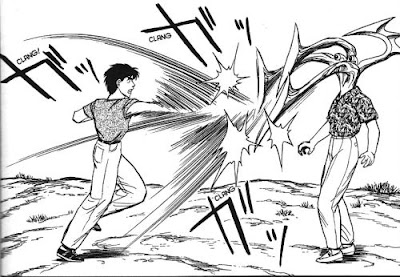 It's exciting to watch. Like I said, I can't wait to see what happens next. I enjoy the implications of human/alien bonding that Iwaaki is continuing to explore (there's an especially funny/crazy bit involving a woman's head on a man's body), and I really want to see how he continues to develop Shin's character (parallels to puberty/the journey to adulthood!) and his relationship with Migi. Bring on the next volume!
-----

Okay, I think that's enough for tonight. Tomorrow: the monthly dose of girly comics!
Posted by Unknown at 9:09 PM