Hey, here's a new one. I don't usually do any look at manga solicitations, because I haven't been able to find them online before (not that I've scoured the web (gone over it with a fine-toothed comb, that is) for them or anything), but MangaCast has the listings in December's Previews, so now I can look at what's coming out in February and March (and April, in some cases)! So, here goes, but first, enter my banner-designing contest! Okay, to business:
ADV Manga:

I just recently got into this series, so it'll be a while before I get to this volume. I'll probably read it someday though.

I'm way, way behind here; I still haven't got the fourth volume of this awesomeness yet. Someday, someday.

I don't know if this is a reprint of older material, or something more recent, but it might be worth looking at. Hmmm, some descriptions or cover images or something would definitely liven this up. I might have to do more web-scouring and see what I can find. Next month, that is.

This is one of those classic series that I should probably read someday. At least it's still in print, so if I want to, I should be able to find it.

They must have thrown that extra dollar or so on there after Jason Thompson called this the worst manga he'd ever read. Maybe they're hoping that'll get people's attention; it certainly made me curious, but not enough that I think I would actually spend money on it.

Oh, awesome. Becky Cloonan! Pirates! Monsters! Check it out, if you haven't already. I'll be eagerly awaiting this one. Here's my review of the first volume.

I hear that this series is good, but I haven't read any of it. It's another one to maybe get to someday.

I still haven't got the second and third volumes of To Terra..., so I won't get to this series in a while. But I do want to read it. And, hey, where's Dororo? I'm excited about that one too. 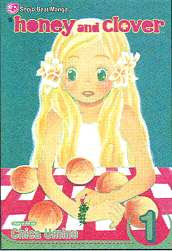 I've been talking this series up ever since it started serialization in Shojo Beat, so people who don't read the magazine can finally find out why I like it so much. I highly recommend it, so expect me to enthuse about it a bunch more between now and February.

That's a funny title. Any good? Who knows?

Oh, man, I've been going through withdrawals for this series ever since it stopped serialization in Shojo Beat. Volume 8 comes out in January, and I'll be all over it. The same goes for this one two months later.

This is the Yakuza-based shojo series that was previewed in last month's Shojo Beat. I could see myself reading the first volume, and if I like it, the second one shows up here.

Another series I always hear is good. Someday I might get to it.

Is this the last volume of the series? It's another one that I really, really want to read, but I only have the first volume (and I haven't had a chance to read it yet). This is another "someday" volume, except I'm certain I will obtain it; there's no "might" here.

I'm in the middle of the first volume of this series, so watch for a review soon. It's pretty good, although I wonder how long it will continue. Does the series follow the family all the way until the kid is an adult? If so, that should be quite interesting. I know nothing about these (are they even Japanese, or OEL?), but they could be worth a look. UPDATE: I love the covers, with the goofy looking characters. Might be disrespectful, but they would certainly grab my attention if I saw one or more of them in a store..
-----

Okay, that's everything that caught my eye. Next month I'll try to do more research, looking at information about series I'm not already familiar with and maybe even scaring up some cover images. But the half-assed version works for now. Later!
Posted by Unknown at 2:58 PM