And now it's Marvel's turn. Not too much to crow about here, but there's definitely some interesting stuff: 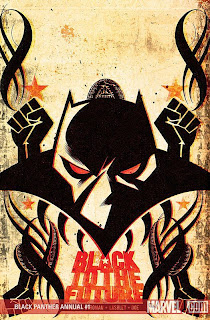 Black Panther Annual #1 - I have no intention of buying this, but I really like the cover. Very unique. 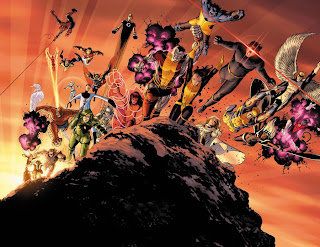 Giant-Size Astonishing X-Men #1 - Finally, it's the big finale to the Whedon/Cassaday run. Looks pretty cool, even if it's late as hell. I can't wait. 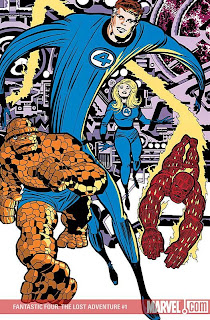 Fantastic Four: The Lost Adventure - I guess Marvel can still milk Jack Kirby's legacy for bucks. This is the never-published final issue of the Stan Lee/Jack Kirby Fantastic Four run, "written" by Stan Lee and inked from Kirby's pencils by Joe Sinnott. I don't know if it will be any good (I don't really trust Lee's writing these days), but I'll get it just for the Kirby art. 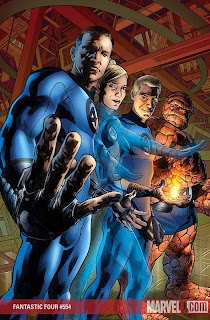 Fantastic Four #554 - And in the modern version of the FF, we get to see the beginning of the much-vaunted Mark Millar/Bryan Hitch run. Who knows if it will be worth reading, or if it'll come out anywhere close to a regular schedule, but it will probably be interesting. I don't know if I'll get it or not, but it should be fun to see all the discussion online. The Immortal Iron Fist: Orson Randall and the Green Mist of Death - Another one-shot/annual about the adventures of the WWI Iron Fist. Looks cool. All I can say is, these one-shots had better be included in the collections. Or else (I'm going to whine about it). 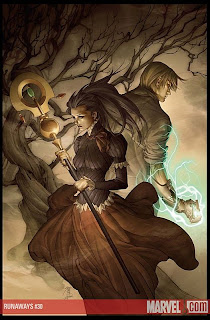 Runaways #30 - The final issue of Joss Whedon's run, which has been pretty decent (no mean feat considering he and Michael Ryan had to follow the series' creators). Is that Victor on the cover, or Chase? I would think the former, considering the electricity, but he looks kind of like Chase, which would indicate that he acquired some weapons on the time-travel trip he took at the end of last issue. Whatever, I'm just speculating. Oh, and Jo Chen's art is pretty nice, as always, but Nico's outfit seems a bit boob-socky, doesn't it? 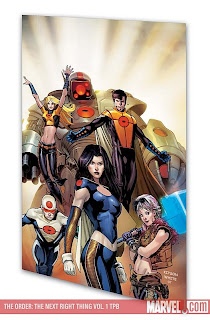 The Order: The Next Right Thing volume 1 - Well, I decided to wait for the trade on this series, and I've been hearing good things, so it looks like I'll be picking this up. It's a good deal, collecting issues 1-7 for $14.99. I better not be disappointed! 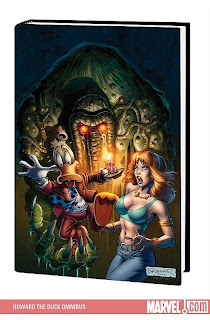 Howard the Duck Omnibus - Oh, man, I would love to get this. I've heard so much about the old Howard stories from the 70s, but I've never read them. This thing looks awesome, collecting the entire first volume of the series and all sorts of other stuff. It's damn expensive though at $100. Maybe I'll get it for a discount on Amazon someday. In the meantime, check out the awesome variant cover by Marko Djurdjevic: 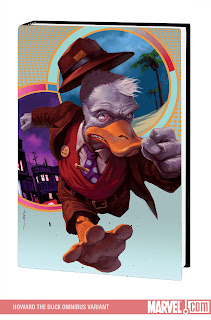 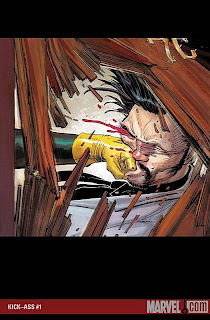 Kick-Ass #1 - Well this is just weird. A new series or something by Mark Millar and John Romita, Jr., with "realistic super heroes taken to the next level", whatever that means. More violence, probably. The solicitation mentions explicit content, but it doesn't appear to be a MAX book. Maybe it's going to be under the Icon imprint. Whatever the case, it might be stupid fun, or it might just be stupid. 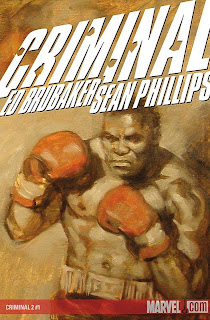 Criminal volume 2 #1 - Weird. I didn't know they were starting this series over with a new volume; the backmatter of the last issue seemed to imply that the series would just keep going after a hiatus of a few months. Whatever; it's still the same excellent crime book, and this and the next few issues promise some single-issue looks at various minor characters of the series, with longer stories and expanded backmatter. Should be cool.
-----

And I believe that's everything I felt worthy of a mention. Probably more of note than the last few months, but still not too much that interests me. That's fine; I'm finding plenty to read elsewhere (Tezuka's Dororo comes out around the same time, right?). I'm sure more solicits will pop up over the next week or so, so I'll talk about them when I see them. And I hope to have some reviews up over the next few days, so stay tuned!
Posted by Unknown at 3:00 PM