Hey, more future books! But first, I've got a review of the excellent third volume of The Middleman up over at Silver Bullet Comics. Enjoy! Then you can read what I think about this stuff: 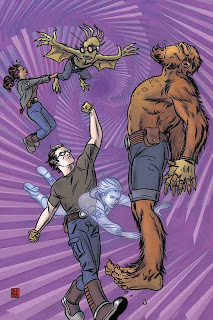 The Perhapanauts Annual #1 - I read the first Perhapanauts miniseries, and while it was okay, it didn't seem overly awesome or anything. It's not bad or anything, and it's kind of fun. I doubt I'll get this; really, I'm just pointing out the nice variant cover by Mike Allred. 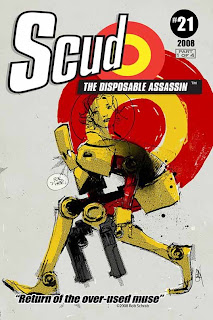 Scud, The Disposable Assassin #21 - And likewise, I doubt I'll get this (I've never read any Scud comics, so I don't know if they're good or not), but I wanted to spotlight Ashley Wood's cover. 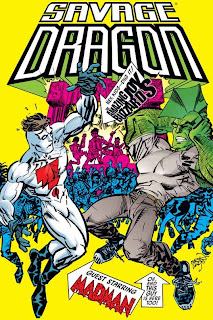 Savage Dragon #137 - And I'm almost certainly not getting this (not a fan of Erik Larsen), but I had to mention it since it has appearances by both Madman and The Amazing Joy Buzzards! 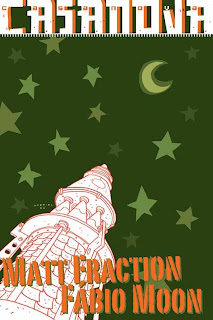 Casanova #13 - I'm all over this one though. This has been a pretty damn good arc of the series so far, and I don't see any reason why that would change. 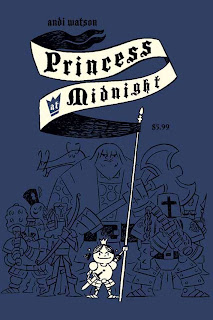 Princess at Midnight OGN - I'll probably get this too, considering how much I'm enjoying Andi Watson's Glister. Oddly, this story was already published in a "best new manga" anthology, but I don't think Watson's art or storytelling is especially manga-esque. It's probably still quite good though. 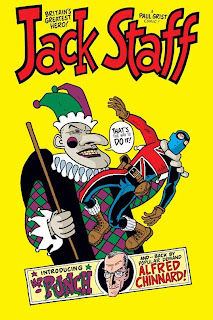 Jack Staff #14 - This is the point at which Jack Staff is supposed to start coming out monthly, but I think everybody will believe that when they see it. I might get this, depending if I'm able to get my hands on the special that comes out in December or January, and whether I like it or not. People say this is good, so I'm hoping I do like it. Hazed OGN - I'm not sure if this is new or a reprint. It seems like it might be lame; it's a "satirical" look at sorority life and eating disorders from a couple of men who probably don't know much about that world outside of stereotypes (at least, that's the impression I get from the solicitation text), but I like Robbi Rodriguez's art on Maintenance, so I'll probably take a look at it if I see it. 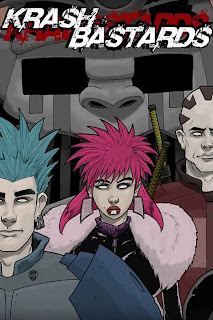 Krash Bastards OGN - I have no idea what this is; the solicit describes it as "an original manga adventure". It's written by Joe Casey, with art by Axel#13, which is either an odd pen name or a typo (the solicitation also says the book is "black and hite"). The description makes no sense, so who knows if this will be something cool or some kind of jumbled mess. It's got my attention though, so I could take a look. 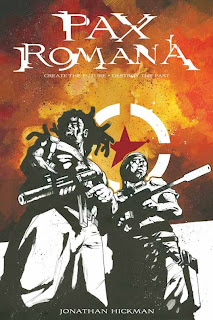 Pax Romana #4 - I think this is the final issue of Jonathan Hickman's miniseries. I hope it's good. 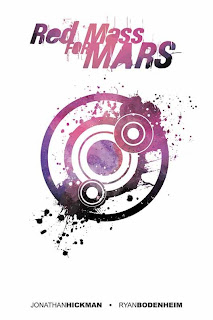 Red Mass for Mars #2 - Ditto what I said about the last book. I don't know what else to say until I'm able to actually read these. 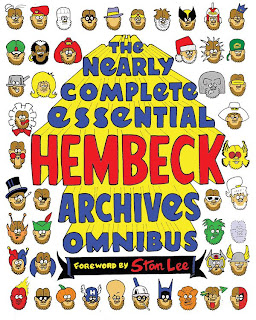 The Nearly Complete Essential Hembeck Archives Omnibus TPB - Well, this is a cool-looking collection of Fred Hembeck's humorous strips. I don't know if I like his stuff enough to shell out $25 for it, but it does look cool. 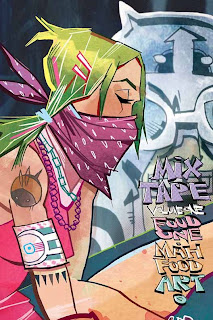 Mixtape volume 1: Food One/Mahfood Art HC - Here's an artist I do really like, but I probably won't get either, because I don't think I can justify spending $25 on a 48-page black and white collection of drawings. Bummer; it looks cool.
-----

And I guess that's everything. No Madman Atomic Comics, unfortunately. But there's always other stuff to get.

Tonight: at least one more manga review, I hope. Be there!
Posted by Unknown at 2:43 PM