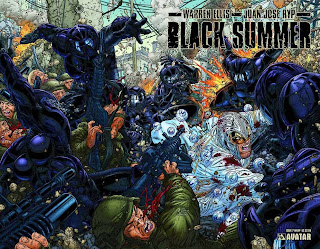 Black Summer #7 - It's the final issue of Warren Ellis's violent, political superhero story, and there's some sort of promised twist ending. I thing it's been decent so far, but it hasn't made me want to praise Ellis to the heavens or anything. He could definitely change my mind in the second half of the series though, so I'll keep reading. As usual, I chose to spotlight the wraparound cover, but I should note that there is also a zombie variant cover, which I'm surprised it took this long for Avatar to get around to. 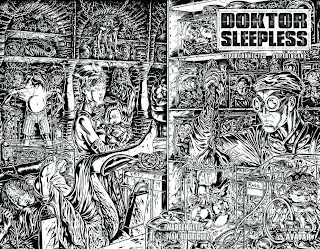 Doktor Sleepless #8 - Man, that is a really nasty cover there, so don't look too closely if you don't want to be grossed out. I'm starting to really like this series, so hopefully Ellis will keep improving, adding interesting elements and neat/weird sci-fi ideas. Don't let me down, Ellis! 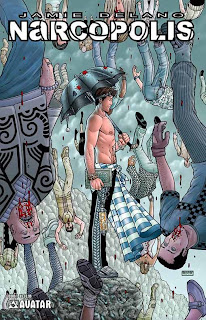 Narcopolis #1 - This miniseries by written by Jamie Delano (with art by some buy named Jeremy Rock; I've never heard of him, but he seems to have a fairly standard Avatar style) looks like it's about an Orwellian future, with lots of drugs and weirdness. It looks pretty cool, so I'll probably try out the first issue, at the very least. I can't find any mention of how long the miniseries is supposed to be, but it's probably no more than six or seven issues. Here's an article/interview with Delano about the series. 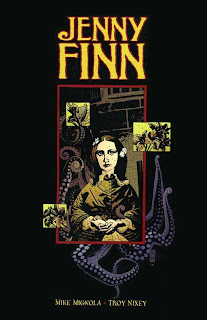 Jenny Finn: Doom Messiah TPB - I never did read these books, but they looked interesting, and I've heard they're pretty good. Mike Mignola writes, Troy Nixey and Farel Dalrymple draw (I think), it's about a Victorian girl dealing with Lovecraftian horrors or something. I might have to check it out. 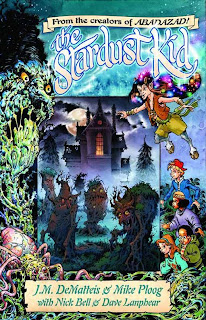 The Stardust Kid volume 1 TPB - How many issues of this series ever came out? I don't think there were very many; maybe J.M. DeMatteis and Mike Ploog are switching to serialized graphic novels (or text/comics amalgamations, like their other series, Abadazad). I haven't read either of the series, but I've heard good things, so I could check it out. It seems like something I could get my wife to read, so that's always good. 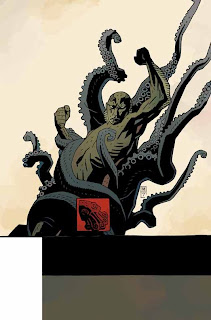 Abe Sapien: The Drowning #1 - Yet another Hellboy-verse series, this one written by Mike Mignola with art by Jason Shawn Alexander, with a solo Abe Sapien adventure (if you couldn't figure that out from the title. I won't buy the miniseries, but I'll probably get to it someday whenever I get caught up on all the various Hellboy-related collections. 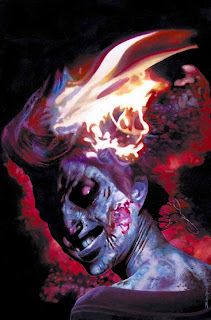 Evil Dead #2 - I'm really not that interested in an adaptation/expansion of the first (and worst, in my opinion) Evil Dead movie, but it features art by John Bolton, which seems odd to me. It will probably be worth a look, if nothing else. 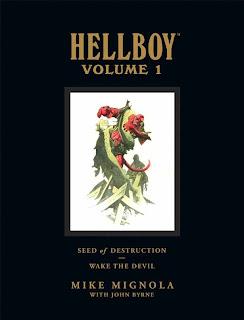 Hellboy Library Edition volume 1: Seed of Destruction and Wake the Devil - Did I mention that I need to get the various Hellboy collections? I don't know if this is the best format though; it's $50 for the contents of two $15 trades. But I bet it will look hella-nice. Oh, and an introduction from Alan Moore, if that tips the scales for you. 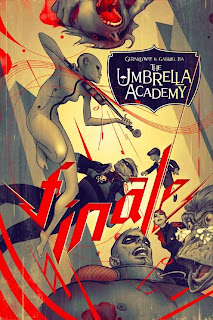 The Umbrella Academy: Apocalypse Suite #6 - The final issue of this first miniseries, with another excellent James Jean cover (that could go without saying, but I like to say it). Have I mentioned that I really like this series? Now bring on the next one! 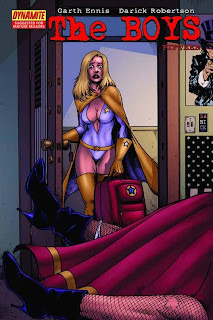 The Boys #15 - This book seems to teeter on the edge of my awareness, not bad enough that I want to drop it, but not good enough to have me eagerly awaiting each issue. That might be why I haven't switched to trades yet; I feel like I might not feel compelled to pick up the trade with a wait of six months or more between issues. It's definitely not bad though, so I'll probably keep buying it. This issue starts a new storyline, and that cover makes me laugh; I like the detail of the torn fishnets and the panties. Really, this would be a prime stopping point for me, since the trade collecting issues 7-14 also comes out in February, but I think I'll keep sticking it out. I did read an interview with Garth Ennis the other day that makes me want to keep reading, just to see what he does with the stuff he hinted at. 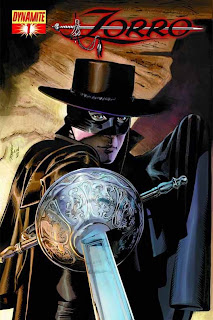 Zorro #1 - I guess this goes along with the Lone Ranger comic that Dynamite publishes (that is them, isn't it?). I won't get it, but it's worth pointing out the creative team: Matt Wagner and Francesco Francavilla, with covers by John Cassaday and Mike Mayhew. It'll look nice, but I'm just not interested enough in Zorro to bother. 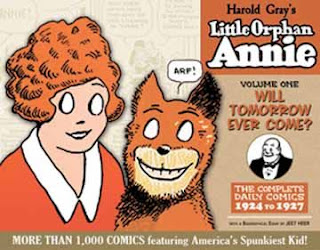 Little Orphan Annie volume 1 HC - Here's another reprint project for IDW, to go along with Dick Tracy and Terry and the Pirates. I should read these, although they're a bit pricey. It's good to see IDW diversifying their output to include reprints and manga (I'm currently reading their printing of Kazuo Umezu's Reptilia, and it's great).

I should also mention IDW's Wormwood book, which I'll probably buy in trade, and this month's issue of Cory Doctorow's Futuristic Tales of the Here and Now, which contains an adaptation of "I, Robot", which is a really good story. I recently read an interview with Doctorow, and he mentioned that the Creative Commons license that he uses for his work will go into effect when this series is collected, meaning the book will be freely available for download. I'll be sure to point a link to that when it comes out. 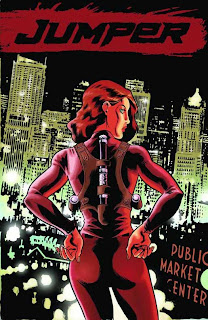 Jumper: Jumpscars GN - I read part of the young adult novel Jumper many years ago, but I never finished it for some reason. It's about a kid with teleportation powers, and a movie adaptation is coming out next year, I believe. This graphic novel is a prequel to the movie, written by Nunzio DeFilippis and Christina Weir, with art by Brain Hurtt. I'll be willing to check it out just for Hurtt's art; his work on Hard Time and The Damned is excellent. 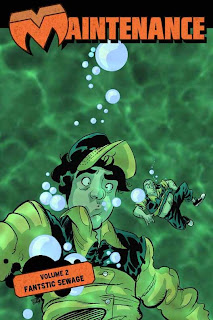 Maintenance volume 2 TPB - I've been talking up this series for a while now, so here's your chance to get caught up, with a collection of issues 4-6. Good stuff. 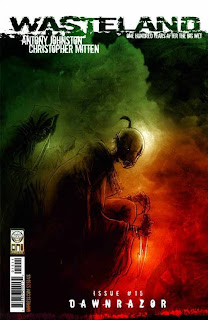 Wasteland #15 - A new story arc, which means the second collection will be appearing soon, I hope (was it already solicited? I don't remember). I can't wait to get caught up. 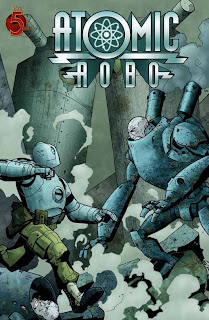 Atomic Robo #5 - I haven't written anything about it yet, but I got the second issue of this book (still waiting for the first), and it was a riot. Really, really fun, with some heart, even. I'm on board now. Neozoic #3 - This is another Red 5 series that looks neat, but I don't think the first issue has shown up yet. People vs. dinosaurs, in the future, or something. Looks cool. I hope I actually see it somewhere.
-----

And I think that's everything, unless I missed something somewhere. I'm sure there will be other stuff worthy of attention (like manga, which I don't even mention in these things), but I guess that will be more of a surprise.

I guess I lied about having some content yesterday, but hopefully I'll get to it tonight. Really!
Posted by Unknown at 10:40 AM