"With these controls I have brought humans down here to help me create a new species! 'Insecto-Sapiens!'" 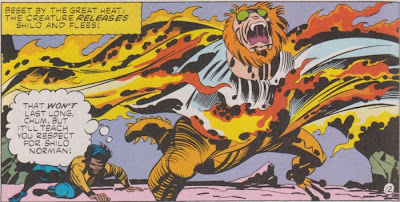 This issue is much more like it, at least until the lame "It was all a dream! (or was it?)" ending. Shilo Norman keeps seeing a weird bug creature, and then he gets zapped to tiny size and finds a scientist who is creating human-insect hybrids. Kirby gets to come up with some crazy designs, and moments like this response when a creature is asked, "What kind of man-bug are you?": 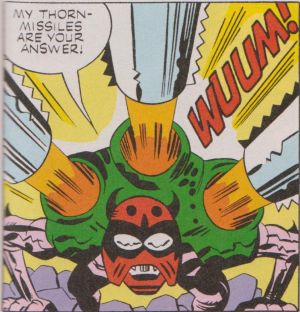 As fun as the weird adventure is, it tips over into some really unsettling Cronenbergian body horror when Shilo gets captured and the mad scientist decides to combine his "molecules" with an insect larva: 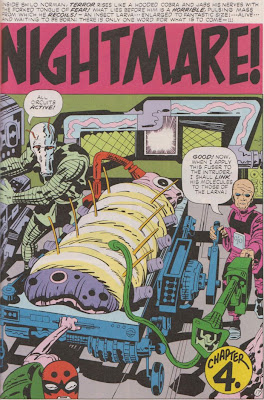 Resulting in the following abomination: 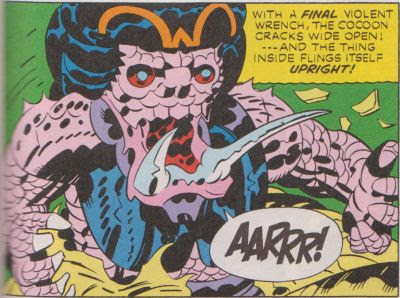 It ends in a total cop-out though, as Shilo gets shaken awake by Mister Miracle, who tells him that he hit his head and dreamed the whole thing, then introduces him to a fellow escape artist who happens to look exactly like the evil Professor Egg. That's pretty dumb. Maybe this could've been revisited at some point, but the series ends two issues later, so we can forget about that, I think. It's too bad; Kirby could've come up with some real creepy stuff if he'd been able to continue in this vein.