A city founded by secret knights?

Hey, everybody! Wanna do something cool, help somebody out, and get some good comics? Then check this out: Templar, Arizona is a really cool, high-quality webcomic, and the author, a girl who goes by the name Spike, wants to publish a print version. Here's where you can help out; in her own words:

"So here's the deal.

"I want those 200 people to consider buying a copy now."

I met Spike last year at an anime convention at the University of Chicago, and got a free "ashcan" sampler of Templar, Arizona. Here's some sample images: 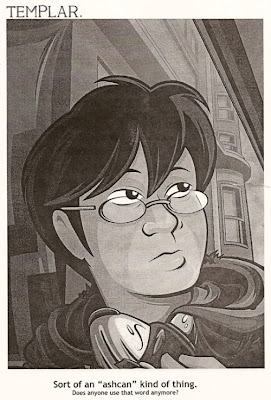 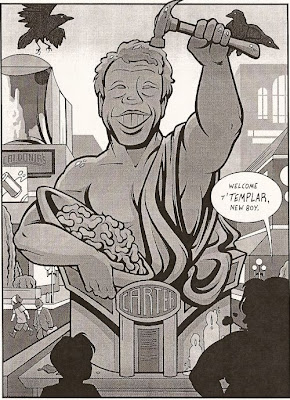 That giant Jimmy Carter statue is awesome. Spike has a great sense of humor; I love the subversive digs at society that she throws into the comic, and the characters are quirky and well-realized. You can check out the comic by following the above link, and if you're interested, go here to pre-order the printed version of the comic. I'm off to do so right now!
Posted by Unknown at 9:00 PM