So Newsarama has a list of all the comics available on this year's Free Comic Book Day (May 5). Here's the ones that interest me, or that I feel like commenting about: 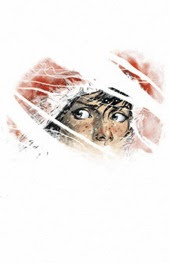 Whiteout #1 - I've never read this series, but I've heard it's good. Maybe I'll get it. 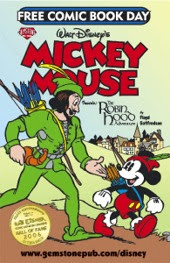 Micky Mouse - Yeah, Floyd Gottfredson! That guy was awesome. I'll definitely get this. 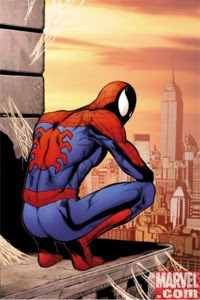 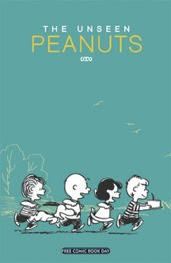 The Unseen Peanuts - Over 100 Peanuts strips that have never been collected. Cool! 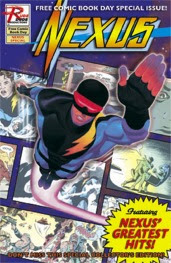 Nexus Special - I've only read one issue of Nexus; I picked it up recently, trying to discover what all the fuss is about. I'll try to review it sometime. Anyway, this is either the beginning of or a precursor to a new miniseries that is "an ideal jumping-on spot for new readers." I guess I should read it then. 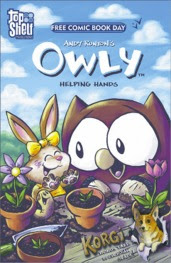 Owly & Korgi - Ah, Owly. Paragon of cuteness, bane of Greg Burgas. I've never been able to get into Owly, but my wife loves it, and so do any kids that I see read it. It's a good "gateway" comic. 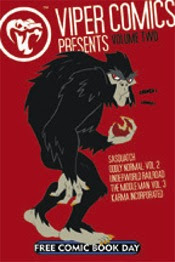 Viper Comics Presents: Josh Howard's Sasquatch and More - I don't care about most of this stuff (especially Josh Howard; I don't see what the big deal is about him), but there's a preview of The Middleman volume 3! Actually, I'll probably just wait to read that one until it comes out. 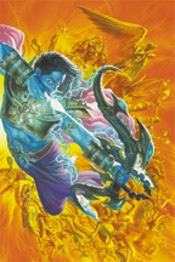 Virgin Comics Sampler - I'll probably check this out, since a lot of Virgin's stuff intrigues me, but not enough to invest the money in it. Jog says Ramayan 3392 AD is good, so I'm interested in checking that out. And there's a Guy Ritchie/Andy Diggle series coming out soon that I'll be taking a look at. But this should be interesting to read. 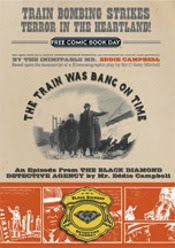 The Train Was Bang On Time: An Episode From the Black Diamond Detective Agency - Eddie Campbell! I'll definitely get this one, and I'll be in line to pick up the GN when it comes out. Cool! 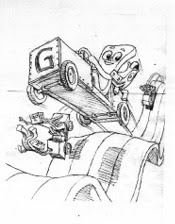 Gumby Special - I haven't read the latest Gumby revival (not really a fan of Bob Burden, for some reason), but I hear it's good, so I might get this. It'll at least be good to give to kids. 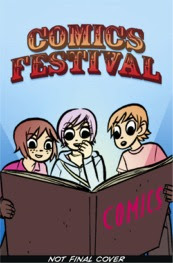 Comics Festival! 2007 - This one is always good, and it features contributions from the likes of Bryan Lee O'Malley, Hope Larson, and Darwyn Cooke! I'm there. 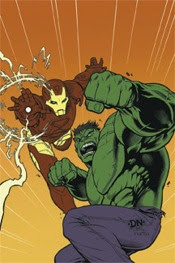 Marvel Adventures Three-in-One - After my recent foray into the lands of Marvel Adventures, I'm interested in this line. Plus Fred Van Lente, the Action Philosopher himself, is writing it. I might check it out. 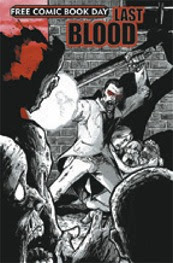 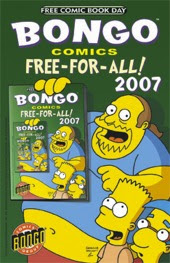 Bongo Comics Free-for-All! 2007 - This one was terrible last year, so I'll probably avoid it this year. It's pretty indicative of the usual level of Simpsons humor (or lack thereof) these days. Avoid if possible. 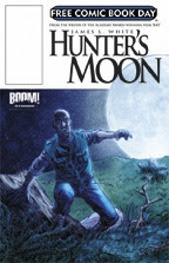 Hunter's Moon/Salvador - Comics by Hollywood writers. Might be worth checking out. 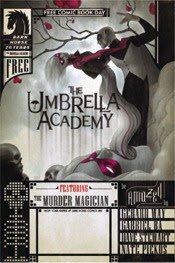 The Umbrella Academy/Zero Killer/Pantheon City - Interesting new titles from Dark Horse. Gabriel Ba does the art on one of them. And a sweet cover by James Jean! 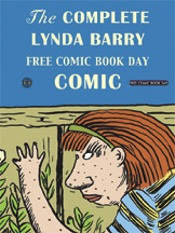 Lynda Barry Extravaganza - I've never been into Lynda Barry, so I probably won't get this. I don't know if I would say she's bad; I guess her art and writing just don't appeal to me. 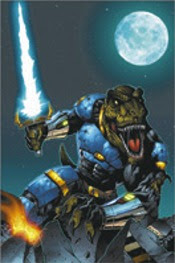 Dyno-Force Preview - Wow, this looks bad. But that cover is hilarious! I can't help but smile when I look at it.
-----

There's other stuff, of course. But this stuff is what I'll be looking out for. Anybody have any opinions?
Posted by Unknown at 3:32 PM