The coming of the Dark Horse...named Death!

Well, probably not Death. Maybe his name's Clarence. Anyway, here's what interests me in:

(and May and June, apparently) 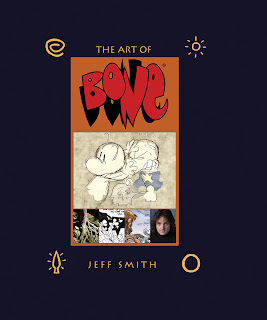 The Art of Bone - a $40, 200 page hardcover featuring sketches and stuff from Jeff Smith's masterpiece. Sounds cool, but too expensive for me. Bummer. 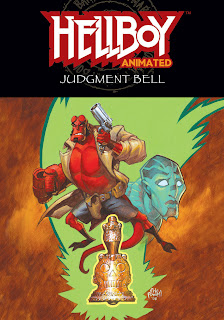 Hellboy Animated, volume 2 - I might be interested in this; I'm not sure. I never did see the animated Hellboy movie/special/TV show (whatever it was). I haven't seen the first volume of this, either. I'll keep and eye out and consider it. Oh, and this cover is by Eric Powell. Cool! 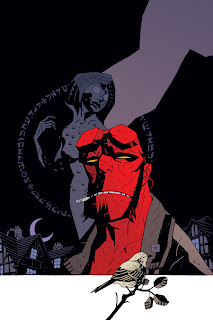 Hellboy: Darkness Calls #1 (of 6) - I got the last couple of Hellboy miniseries, so I might consider buying this one. I really should catch up on all the previous Hellboy volumes, since I was kind of at a loss for what was going on in The Island. The one illustrated by Richard Corben was good though. This one is drawn by Duncan Fegredo, who I generally like. I'll see. 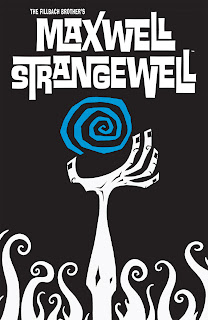 Maxwell Strangewell - This is a creator-owned sci-fi story by a couple guys who normally do Star Wars comics. It sounds interesting, so I might check it out. 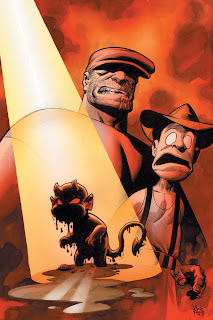 The Goon: Satan's Sodomy Baby - Dark Horse's solicitation text had the word "sodomy" starred out, but I know what it's supposed to say! I didn't think this was going to be an actual comic; it was mentioned in a text piece in the front of an issue of The Goon, with Goon publisher (and possible fictional character) Dwight T. Albatross complaining that Eric Powell had made the comic, but some church lady had found out and started a campaign to have it censored. He called for readers to write to Dark Horse and demand that it see print. It was mostly a gag that set up the story in the issue, in which Frankie (The Goon's sidekick) found the issue in question and spent the whole story reading the comic and saying things like, "Come on! Everybody knows the Midget Tentpole position doesn't look like that!" (I don't remember exactly what he said, but it was all funny-sounding sexual references). The whole thing seemed like a gag that wouldn't last past that issue of The Goon, but apparently Powell actually made the thing. Weird. Well, knowing him, it will probably be pretty damn funny. 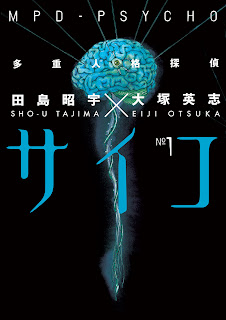 MPD Psycho volume 1 - Dark Horse seems to have a pretty good line of horror manga going, with Octopus Girl, Kurosagi Corpse Delivery Service, Mail, and now this. And probably some others. This is supposed to be a classic horror manga, so I'll have to check it out. Or I might watch the movie/TV adaptation that Takashi Miike did. It does look pretty cool; I'll probably buy it.
-----
And that seems to be all for Dark Horse for this month. They might have some other stuff of interest, but this is what I noticed. Anybody else notice anything interesting?
Posted by Unknown at 2:55 PM