More looks at comics' future right now, but I might do something or other later tonight; it depends on how I feel when I get home. Oh, and I also contributed to David Welsh's column about overlooked comics, so read that one if you feel like it. Onward: 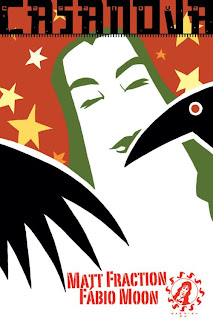 Casanova #14 - And here's the final issue of the second story arc of one of my favorite books. I don't think I wrote anything about it, but that last issue was pretty damn great. I really, really love this comic. 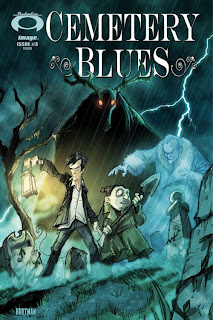 Cemetery Blues #3 - CBR had a nice interview up with the creators of this book the other day, and now I'm interested in it. It's about a couple bumbling henchmen that end up working as monster hunters. I like Thomas Boatwright's art (even if I never did read The Surreal Adventures of Edgar Allen Poo), so I might have to check this one out. 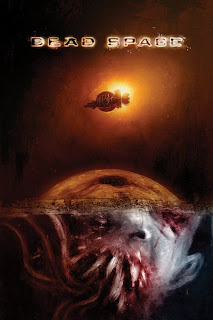 Dead Space #1 - Hey, cool, it's a space horror book by Antony Johnston and Ben Templesmith! What? It's a prequel to a video game? Crap, it'll probably suck then. But I hope not. 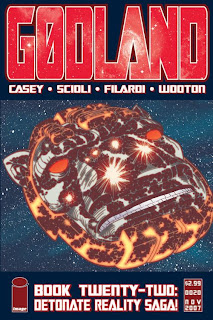 Godland #22 - This book seems to be coming out on more of a regular schedule, which is nice. I'm still waiting for the next collection, so I can read some more of the series. I assume that will happen when #24 rolls around. This cover is nice. 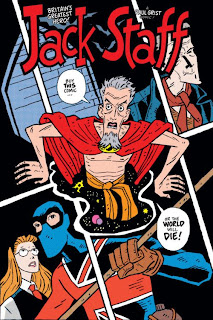 Jack Staff #15 - Also a nice cover. I haven't decided if I'm going to try this out or search for trades and get caught up. We'll see. 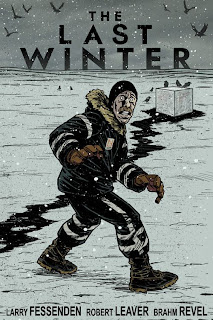 The Last Winter OGN - I remember reading a review of the movie this is based on that made it sound interesting. It was kind of a negative review though, so who knows if it's any good. This comic might be all right though; it's an "eco-horror" story about murderous Arctic oil drillers, I think. It's a maybe. 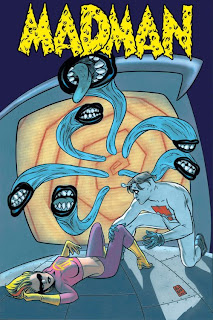 Madman Atomic Comics #9 - Also a nice cover. I don't know what else to say, other than that I'll be reading this. 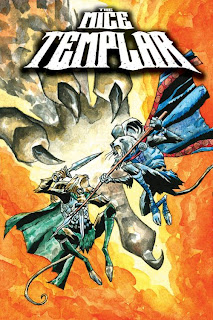 Mice Templar #4 - I'm not sure if I'll keep reading this, but this is another really nice-looking cover. Even if the mouse feet kind of bug me. Love those colors though. 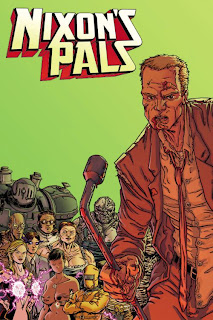 Nixon's Pals OGN - Man, Joe Casey is really pumping out the graphic novels lately. This one is about a supervillain parole officer, and judging by the cover image (where else are you going to see a combo of laser boobs and face boobs?), it looks pretty funny. I expect I'll get it. 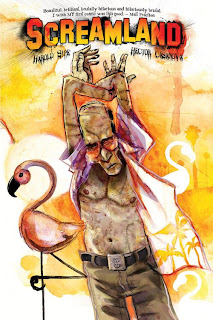 Screamland #1 - Frankenstein's monster as an out-of-work actor. I probably would have said "meh", but Matt Fraction has a very laudatory quote on the cover, which makes it worth a second look in my book. 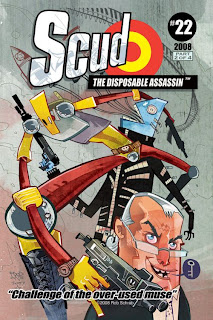 Scud the Disposable Assassin #22 - Last issue had Ashley Wood on the cover, and this issue we get Jim Mahfood! Sweet. Don't know if I'll buy it though. 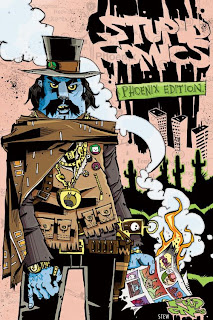 Stupid Comics: Phoenix Edition - A collection of a weekly strip Jim Mahfood did for the Phoenix New Times newspaper. I do like Mahfood a lot, so I'll probably get this. Unless it's all jokes about local cuisine or something. 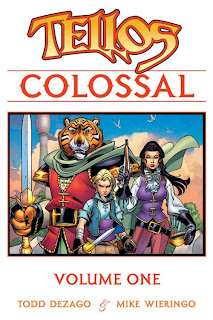 Tellos Colossal volume 1 TPB - The solicitation lists this as "Tellos Gargantua", but I think they're mixing it up with Madman. Anyway, I'm interested in this work by Todd Dezago and the late Mike Wieringo, but I didn't want to spring for the pricey hardcover. Luckily, this paperback collection is coming along, with 288 pages for $17.99. I'll almost certainly be getting it. 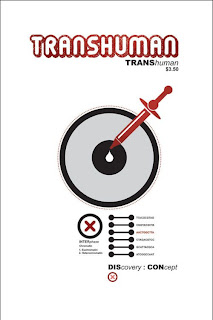 Transhuman #1 - Another miniseries written by Jonathan Hickman (who really seems to like circles on his covers), with art by JM Ringuet. It's apparently about genetic engineering and superpowers, but the solicitation describes it as a "mocumentary", which seems odd. I trust Hickman though, so hopefully it'll be good. CBR has a couple pages of artwork in the solicits, so you can see what it'll look like.
-----

Okay, I guess that's it. Tonight: something! Maybe.
Posted by Unknown at 4:07 PM