Looks like there's enough of these things out for me to do a final roundup of stuff that supposedly comes out in March. And who knows, maybe I'll get around to posting some reviews over the next couple days! 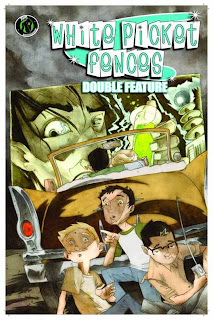 White Picket Fences: Double Feature - I have some affection for this series, even if I don't think it's especially good. Maybe it's because I met the creators, and they were such nice, enthusiastic guys. So I'll probably break down and get this one-shot extra-length special from their weird 50s-era sci-fi series. I hope it's worth it. 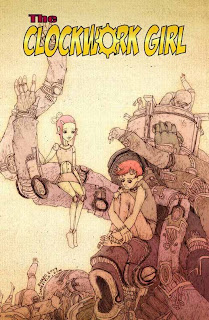 Clockwork Girl #4 - I still have yet to see an actual issue of this series, but I get more interested the more I see of it. Maybe I'll eventually pick up a trade or something. 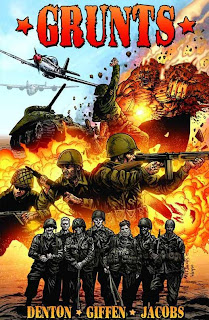 Grunts TPB - I think I saw this series at some point, and it looks like it could be fun. It's written by Keith Giffen, and it involves American's fighting occult Nazis, which everybody likes. I could check it out. 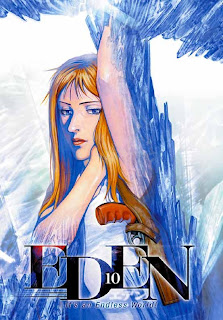 Eden: It's an Endless World! volume 10 - Man oh man, I'm waaaay behind on this one. I might eventually get to this one. Someday. 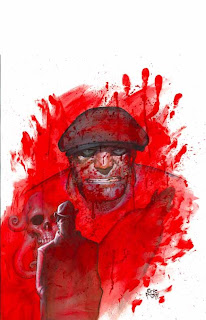 The Goon #22 - Hey, it looks like this series will be back on some sort of regular schedule! Awesome! I dunno what this issue's about, but it looks violent. Love that Eric Powell artwork. 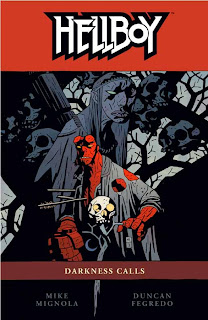 Hellboy volume 8: Darkness Calls - I bought this one as it was coming out, and I definitely recommend it if you like Hellboy. Duncan Fegredo's art is really good. I don't know what's going on in the story, but that's my fault for not having read all the previous volumes. Anyway, check it out. 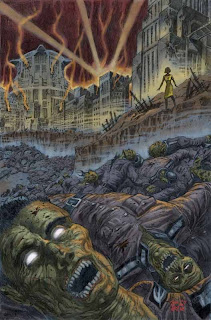 Cory Doctorow's Futuristic Tales of the Here and Now #6 - It's the final issue of this hit-or-miss series (I don't think I mentioned it, but I picked up the most recent issue, which adapted "Craphound", and it was quite good), and this one adapts "After the Seige". It's a pretty good story, but I have no idea how well it will work in comics form. Depends on the artist, probably. I subscribed to the series at my local shop, so I'll get the rest of the issues, but I might drop it by the time this one comes out, depending on whether I like any art that I see online. 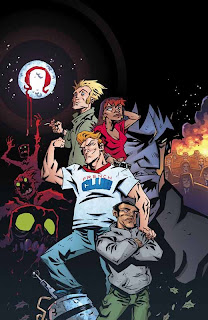 Everybody's Dead #1 - It's yet another zombie book, with this one seeming to combine frat-boy party-based comedy with the usual shenanigans. I wouldn't normally bother with it, but the art is by Dave Crosland, and he impressed me with the story he did in the Popgun anthology. So I might take a look. 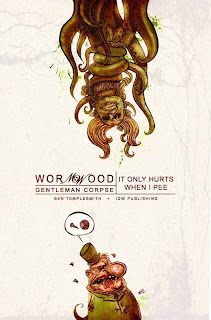 Wormwood volume 2: It Only Hurts When I Pee - I keep meaning to get the first volume of this series, but I still haven't. Maybe this will provide some motivation, so I can get caught up before the second volume comes out. I've heard good things about the Ben Templesmith series, and I like his art, so I hope this doesn't disappoint. Of course, I'll be more disappointed if Templesmith never gets around to doing more issues of Fell... 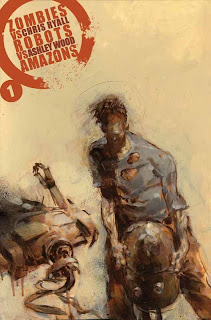 Zombies vs. Robots. vs. Amazons TPB - Well, only one issue (of three, I think) of this has come out so far, but the collection is supposed to show up in March. In typical IDW fashion, it's more expensive than if you just buy the single issues, although it probably has some bonus art or something. I think I might be tiring of this concept (luckily, Ashley Wood also has Duo Stars, his car racing series, coming out), but I'll buy the rest of the issues. If you want to spend more for a nice-looking book, I guess this is for you. 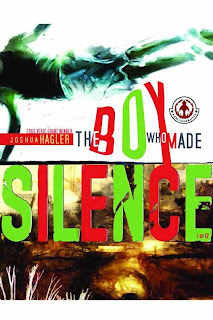 The Boy Who Made Silence #1 - I picked up the first issue of this from the creator, Joshua Hagler, at Wizard World Chicago last summer, and liked it quite a bit. It looks like Markosia is publishing it now, so that means more people should be able to get it. I definitely recommend checking it out. 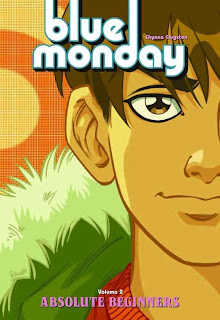 Blue Monday: Absolute Beginners - I don't have all of the Blue Monday books, but I do have this volume, and it's pretty fun. The first volume is a bit better, but this is no slouch in the raunchy comedy department. Chynna Clugston is pretty damn good at the manga-style cartooning. So I recommend it. 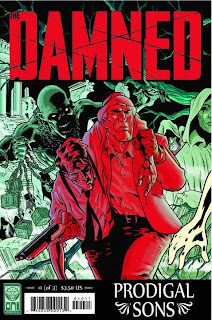 The Damned: Prodigal Sons #1 - All right, it's a new Damned miniseries! I've been looking forward to this for quite a while now (especially after I met Brian Hurtt and Cullen Bunn). I can't wait. 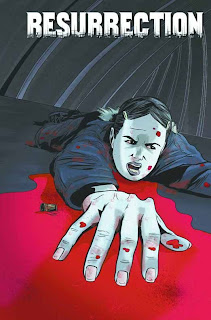 Resurrection #4 - I reviewed the first issue of this a couple months ago, and I thought it was interesting, even if I didn't especially like the art. So I don't know if I'll keep following it or not, but here's the March issue. We'll see. 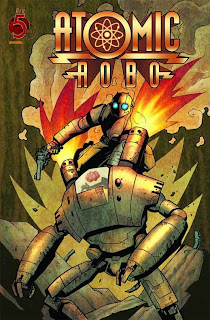 Atomic Robo #6 - This is the final issue of the miniseries, and although I haven't written about the first three issues (yet), I think they're awesome. I wish this was an ongoing; I would love to read this book every month. But maybe they'll do a sequel or something. Anyway, check this out if you haven't already.
-----

And that's everything, I think. I might try to do some sort of manga roundup, if I can find the information, but that's it for the American publishers. Man, I love comics. So, anyway, I hope everybody had a good holiday, and hopefully I'll be back within a day or two with some real content. See you then!
Posted by Unknown at 5:54 AM