Art What I Like: One Piece Is Awesome, Example #29

One thing Eiichiro Oda does so well in One Piece is the introduction of a threat, establishing that some new villain (or antagonist-and-future-ally) is a threat to be reckoned with, someone who can hold their own in the brutal battles that fill the series. In volume 36, there's a moment in which a mysterious masked fellow is seen to have defeated some powerful men who were guarding Iceberg, the mayor of Water Seven, and when some of Iceberg's other men confront him, this happens: 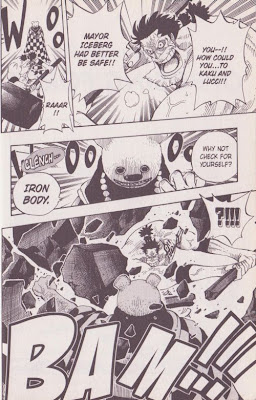 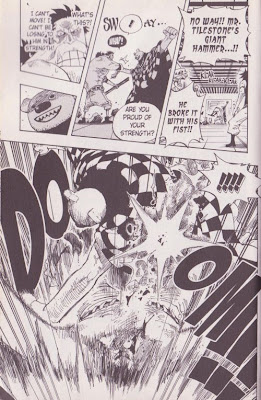 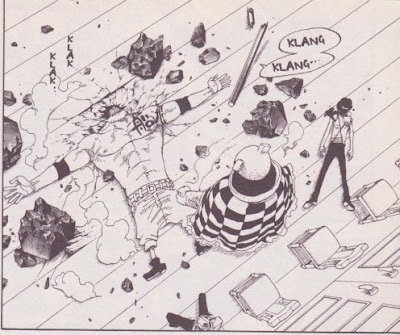 In just a few short panels, this guy shrugs off what should be a devastating blow, then slams his challenger's head through the floor. It's a shocking, awe-inspiring moment, and even though we don't know his actual identity, we're already excited to see him face off against our heroes. Oda definitely knows how to pique the interest, doesn't he?
Posted by Unknown at 12:42 PM