Art What I Like: One Piece Is Awesome, Example #23

Up through the seventh installment of the Skypeia storyline in volume 30 of Eiichiro Oda's One Piece, the main villain, Eneru, was pretty much untouchable. His lightning powers had rendered him invincible to almost any attacks, and his slightest touch was enough to nearly obliterate anybody who opposed him. The only one who had yet to face him was Luffy, since he had spent nearly two volumes in the belly of a giant snake. But when he finally gets a chance to confront Eneru, I expected that he would be able to team up with Nami (the only conscious member of the crew at this point) to find a way to fight him, possibly through some lightning rod-like weapon. I never even considered the obvious, which we learn in this moment: 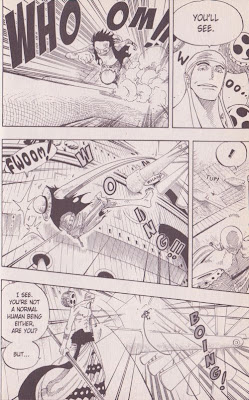 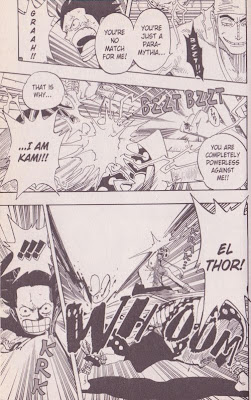 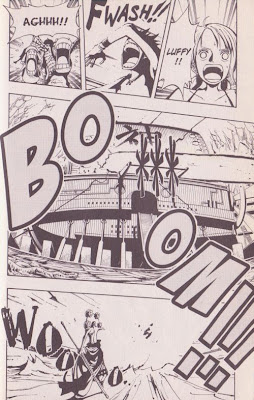 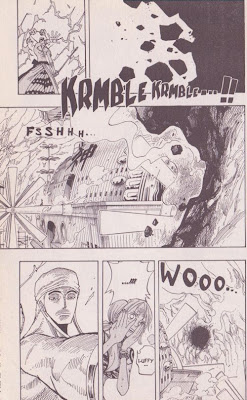 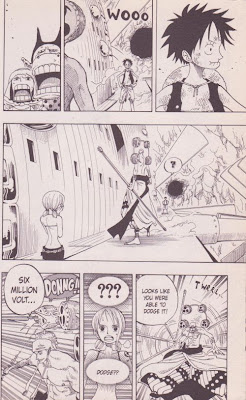 The final page has an even better effect in the physical book, since it comes after a page turn. The expected result of Eneru's attack here would be for Luffy to be fried to a crisp, yet strong and determined enough to keep fighting. So to see his slightly puzzled face as he realizes along with the reader that his rubber body insulates him from bolts of electricity is an example of perfect timing on Oda's part. And he pulls it off again a couple pages later as Luffy responds to Eneru's repeated ineffective attacks with a physical assault that might be the first threat he has experienced since he gained his powers, providing us with a full-page look at his hilariously terrified face: 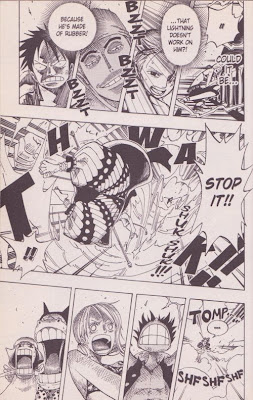 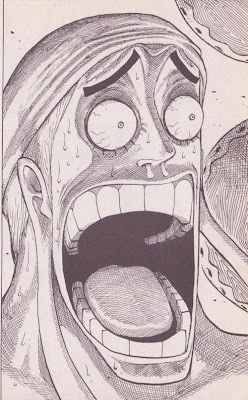 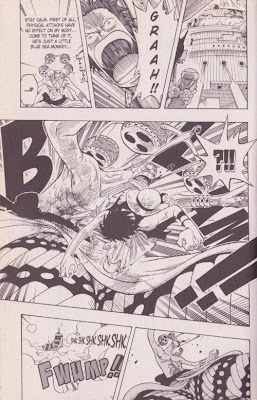 That's comedy gold right there. I love how Oda can still deliver on moments like this in the middle of a high-stakes battle that endangers the lives of thousands. He takes his stories seriously, but never so much so that he can't have a little fun in the middle of them.
Posted by Unknown at 6:00 PM