Here's some pictures from Newuniversal #3 (Written by Warren Ellis, Art by Salvador Larroca): 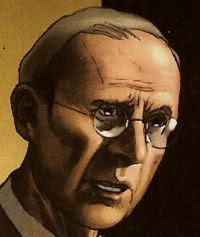 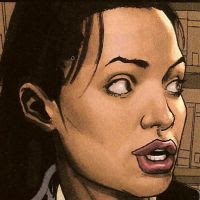 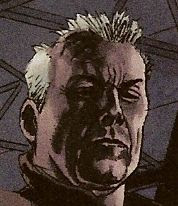 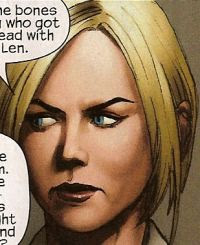 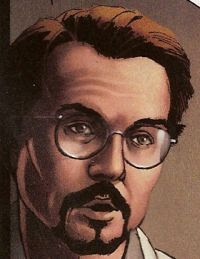 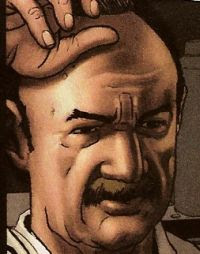 In the comments, say who you think the celebrity is whose likeness is being used for each of these characters. No prizes will be awarded to the person who gets them all right!
-----

By the way, it probably seems like I'm being snarky here, but this didn't really bother me. I had read other people's blogs complaining about the use of actors' images, but other than #6, I didn't really notice it until now. In fact, I probably wouldn't have noticed #3 if I hadn't read a review where somebody said the character looked like a certain actor; that review (and noticing the others here) kind of made me look for a resemblance. So, now that I did notice, it still doesn't really bother me. My friend/coworker Scott Cederlund and I were discussing this the other day, and we agreed that it's like visual shorthand; the artist is using these well-known images to add a little bit of characterization, so we can imagine what they might act like if we saw them moving. Huh, I didn't explain that very well. I do know some people see it as a cheap ploy to get the story considered for film adaptation, similar to what was said about Mark Millar's and J.G. Jones's Wanted. Well, I think that's kind of cynical, and I don't agree. I'm really enjoying the intrigue of the story, and some of the pieces are starting to fall together now. I'm interested to see what Ellis has planned for the characters, and how he'll end up bringing them together. We'll see!
Posted by Unknown at 5:49 PM