This is awesome. I already have the issues, but I highly recommend it. You might want to wait for a paperback version to save some dough though (sorry, Parker).

I hear this is a really good series. I'll have to pick up the collection of volume 1 someday, and then maybe I can get caught up on the current series.

Man, I would love to get these, but good god are they expensive. I'll have to see if my local library has them.

This might be worth checking out, although I'll have to read some reviews first. It's a fairy-type story written by Mike Carey, with art by John Bolton. It's supposed to tie into Sandman somehow, and if nothing else, it will look incredible.

This is a collection of an online strip by Renee French. I dunno, it seems pretty weird. You can check out a preview here.

Ooh, I've been wanting to read this. I'll probably have to special order it though. For those who don't know, it's a French translation from First Second, by Joann Sfar and Emmanuel Guibert, about a girl in the Victorian era who falls in love with a mummy.

One of the few pamphlets coming out this week that I'll be getting. I hope I can remember what was going on in the story.

The other pamphlet I'm getting. Ennisian mayhem!

This collects Brian K. Vaughan and Adrian Alphona's last storyline on the book. Good stuff if you haven't already read it.

Oh, I guess this also counts as a pamphlet. The real title is Superfuckers, by the way (or Superf*ckers, if you go by the actual cover). We're adults here, Diamond. This is a pretty juvenile book though. Tremendously entertaining nonetheless. I thought I read somewhere that this would be the last issue Kochalka's doing, at least for a while. Is that true?

Another French book from First Second, this time by Lewis Trondheim and Fabrice Parme. Looks cute.

Oh, this is coming out already? I came really close to picking up volume 1 at a Borders recently, but I got something else instead (Drifting Classroom, I think). I'll get it sometime. 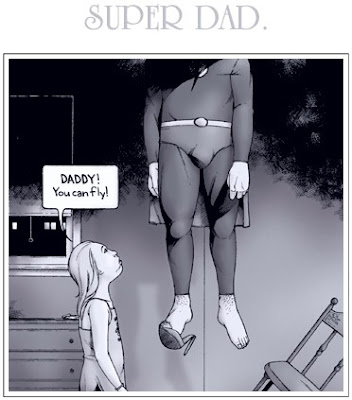 Reviews of the first issue of this were kind of middling, even though the concept sounded cool. If it gets better, maybe I'll check out a collected version.

I hear this is all right, and it's written by Jeff Parker, but I missed the boat when it first came out. I might get the collected edition whenever it comes out.

Another series I'm interested in but kind of missed the boat on. Ben Templesmith! Whenever I get the first collection, I might try to catch up on the issues.
-----

Wow, only three things that I'll actually buy this week. That's good, I can save my money for that Devil Dinosaur hardcover. Some comics reviews coming later today, probably.
Posted by Unknown at 10:45 AM