UPDATE: See the bottom of the post for the answers!

Nobody responded the last time I tried this, but I'll try it again anyway. I was thinking about doing a theme week about Madman in celebration of the release of Madman Atomic Comics #1, but I never got the time to do it. I've been too busy. But here's one that didn't take me too long to put together; name the celebrity being caricatured in each of these images from various Madman comics:

1 (appearing as himself, as far as I can tell): 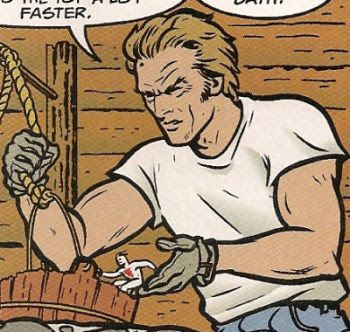 2 (these two work(ed) together, both in the comic and real life): 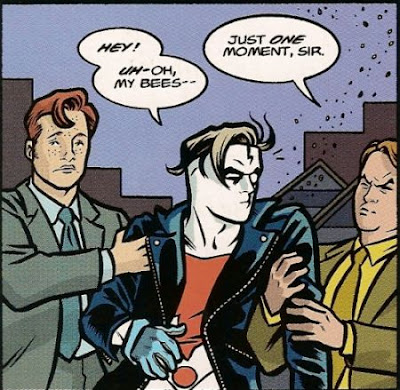 3 (kind of tough, but here are some hints: the character's name is Stewie Stompero, and his girlfriend/wife in the comic is named Avalon): 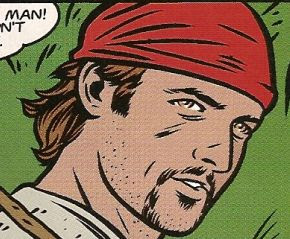 4 (this is actually an appearance by a character that the actor played): 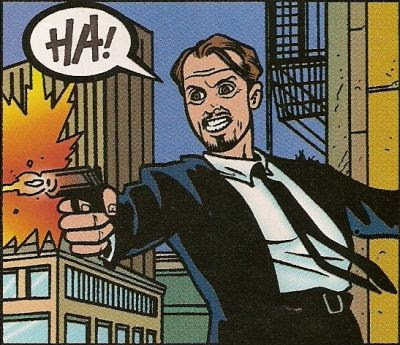 It's kind of hard to tell, so here he is in context:

Bonus! from the pages of X-Statix (ignore the gills): 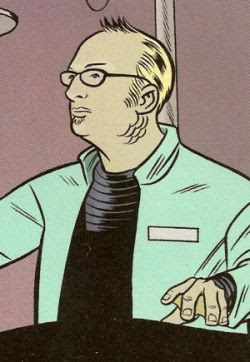 If you know the answer(s) to any of these, please leave a comment. The prize for winning is my undying respect. Oh, and you could leave a comment on the original post as well, since I was kind of bummed that nobody responded (I'm going for pity here).
-----

That's all I have for today, unless inspiration strikes me later tonight. I might do more Madman-themed posts if I feel the urge. Stay tuned and find out!
-----

Everything except #3 was answered by commenters, but here are the official answers:

1: Clint Eastwood
2: Conan O'Brien and Andy Richter
3: Robert Rodriguez (I'm pretty sure that's supposed to be him; he's friends with Mike Allred, his wife is named Elizabeth Avellan, and his initials are R.R. (which comes before S.S. for Stewie Stompero). Here's a picture for reference: 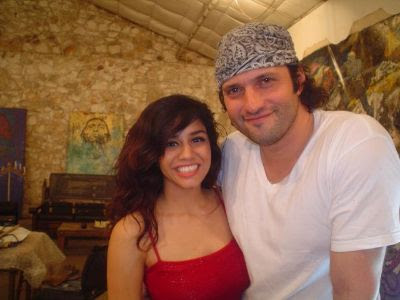 And another one for a similar angle as in the panel)
4: Steve Buscemi (as Mr. Pink!)
Bonus: Brian Posehn (not Greg, but close enough)

Thanks for the answers, everybody!
Posted by Unknown at 8:00 AM