Hmmm, maybe I should make that my standard title for looking at solicits. Any other ideas, anybody? Anyway, on to the Marvel stuff: 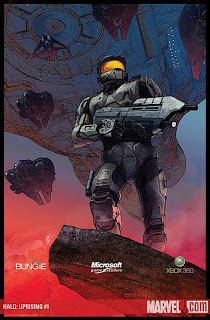 Halo: Uprising #1 (of 4) - Okay, what the hell, Bendis? Is this really the kind of comics you want to be doing right now? I'm sure it's nice to work with Alex Maleev, and the pay is probably nice, but come on, we all know this is not exactly your forte. When are you going to go back to the low-key crime books? Hell, how about drawing something again? That would be nice. Oh well, we'll always have Powers. 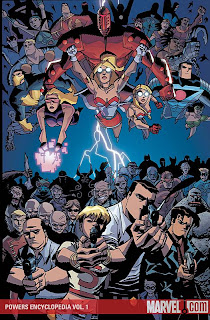 Powers Encyclopedia vol. 1 - Wait, what the hell is this? This is what you want to do with Powers?!? Come on Bendis, just tell some good stories! Are you that out of ideas? Ah, hell, I'll probably end up getting this. Dammit. 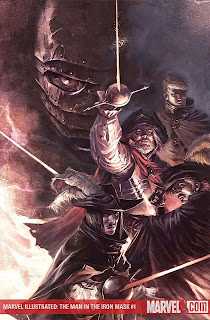 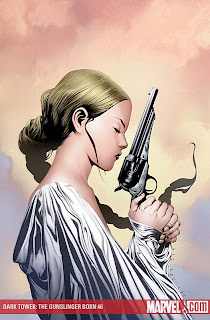 The Dark Tower: The Gunslinger Born #6 (of 7) - As I've mentioned, I'm enjoying this series, so I'm on board at least through the end of this mini. Has there been any word on when the continuing miniserieses will be coming out? Is it going to be a year-long wait for the next one? 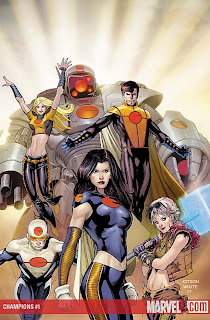 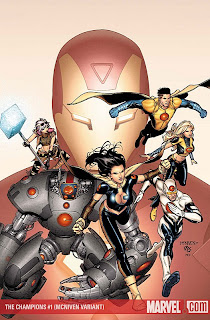 The Champions #1 - I'm quite conflicted about this, but I might pick it up in hopes of Matt Fraction delivering some awesomeness. It seems like an X-Statix-style story, about fame and celebrity mixed with superheroics. Don't let me down, Fraction! I'm not sure about the costumes, however. The girl with the hammer is kind of cool, and so is the giant robot guy, but does every female character have to bare her midriff these days? Actually, I wouldn't mind so much if it wasn't combined with such ridiculously low-slung pants. The cheesecakery is even worse on the variant Steve McNiven cover (the second one), where he seems to be stealing costume elements from Bomb Queen. 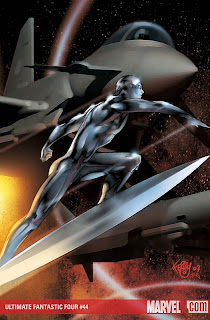 Ultimate Fantastic Four #44 - Nice cover by Pasqual Ferry here. I'm still not sure about reading this (I hear the current arc is not very good). 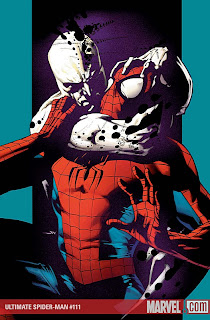 Ultimate Spider-Man #111 - I probably won't get this, but Stuart Immonen's art is very tempting. 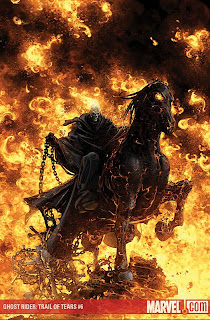 Ghost Rider: Trail of Tears #6 (of 6) - I decided to bite the bullet and just get this series, since I could tell I was going to waffle about each issue but ultimately end up buying it. Garth Ennis can write a good western, and he can be good with supernatural stuff too. The murky art is the weak point, but hopefully it will all come together by the end. 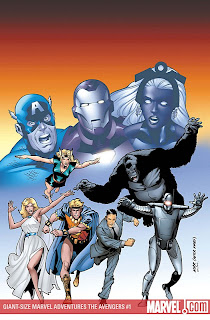 Giant-Size Marvel Adventures The Avengers #1 - What the hell? This seems to be Jeff Parker and Leonard Kirk's crossover with the Agents of Atlas, but I hadn't heard about it being smashed into a giant-size thing. I'll have to check Parker's blog and see what he has to say about it. Whatever the case, I'm sure it will be fun. 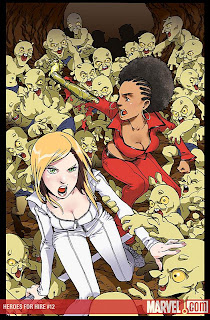 Heroes for Hire #12 - I don't read this book, but I wanted to point out the sweet cover by Takeshi Miyazawa. 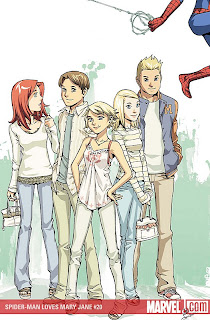 Spider-Man Loves Mary Jane #20 - I do read this one though, with another nice Miyazawa cover. So is this the final issue or what? I expect an announcement about this from Marvel sometime soon. 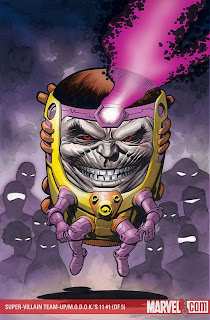 Super-Villain Team-Up/M.O.D.O.K.'s 11 #1 (of 5) - I saved the best for last here. I expect this to be awesome, so Fred Van Lente (writer of Action Philosophers) had better not let me down. Check out that sweet cover by Eric Powell!

And finally, these books were solicited without a cover image:

The Deadpool/GLI book might be fun; I've enjoyed the previous Great Lakes Avengers/X-men/Initiative books by Dan Slott, and while I've never really liked Deadpool, this might be fun. The Devil Dinosaur book should be awesome; I'm always up for more Jack Kirby.
-----

Okay, looks like that's it for Marvel. Image's should be out later this week, so I'll get to them then. And I should have another review up tonight!
Posted by Unknown at 1:11 PM