Art What I Like: One Piece Is Awesome, Example #8

There's plenty of goofiness in Eiichiro Oda's One Piece, but as funny as it is, you never know when some bit of silliness is going to be taken seriously, and thus hit you in the gut with some real emotion. Here's a case in point from volume 12, in which the Straw Hats come across a gigantic whale that has been beating its head out on the side of a mountain in anguish over some friends who said they would return for him after sailing around the world. We learn that he has been waiting for 50 years, and he refuses to believe that they're never coming back: 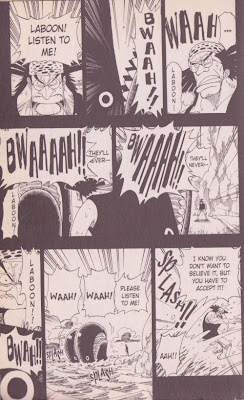 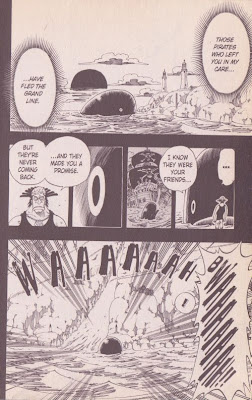 This should be ridiculous, but it somehow ends up being touching and poignant, like a more awesome version of the famous story of Hachiko, the dog who waited for years at a trains station for his dead master to return. So how does Oda handle such a dilemma? By having Luffy pick a fight with the whale, declare it a draw, and promise to return for a rematch: 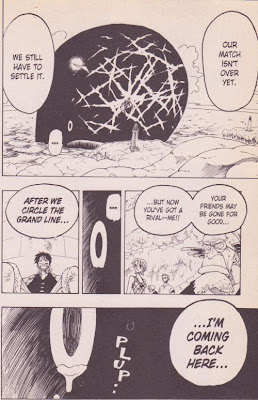 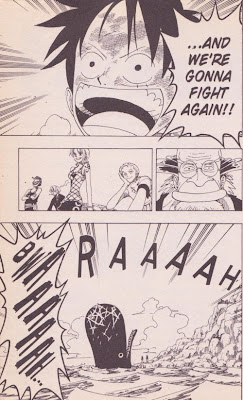 Yeah! That's the shonen manga solution to melancholy!
Posted by Unknown at 6:00 PM