At any convention I attend, I'm always excited to get some contributions to my Groo sketchbook, and here's what I obtained this year: 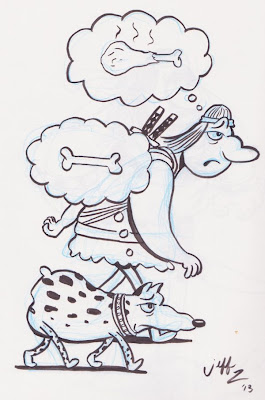 Jeff Zwirek drew this nice image of Groo and Rufferto thinking of food; I especially love the body language. 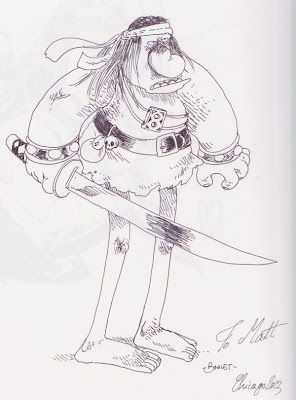 Boulet contributed this detailed image. He wasn't actually familiar with the character or Sergio Aragones; he said the only MAD cartoonist with much of a reputation in France is Harvey Kurtzman. Since the person in front of me had him draw Thor, he said this was his barbarian day. It was a real treat to watch him draw; the way he drew straight to ink was incredible, as if the details were flowing straight out of his imagination and through the pen. 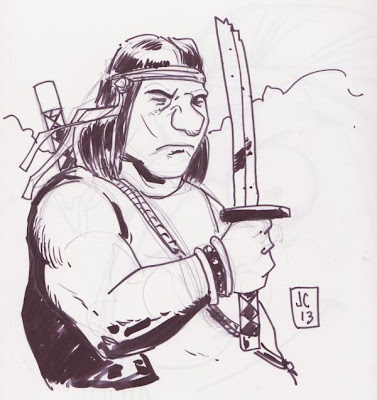 Jason Copland, the artist of Kill All Monsters, drew a more realistic take on the character, although he didn't seem satisfied when he was done, so his partner Michael May later tweeted to show some more sketches he did that he thought turned out better (I'm happy with my version, of course; it's got a nice grittiness to it). 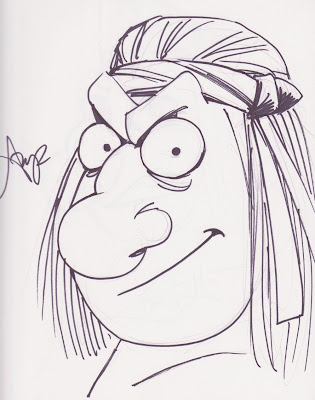 Amy Reeder did this nifty cartoony take on Groo; I especially like the expressive eyebrows. 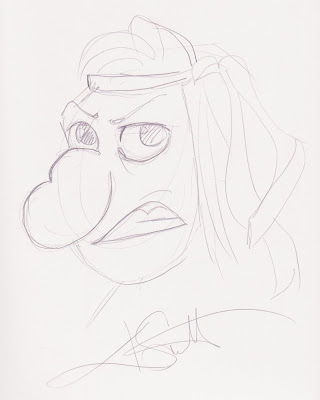 And K. Lynne, the artist of the webcomic Plume, drew this nice penciled image of the character.

But that's not all of the drawings which I brought home. My daughter also asked several artists to draw her favorite subject: princesses. Here are the results: 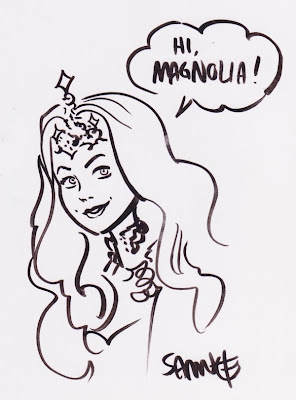 Chris Samnee whipped out this Sharpie sketch of a cute, friendly young royal. 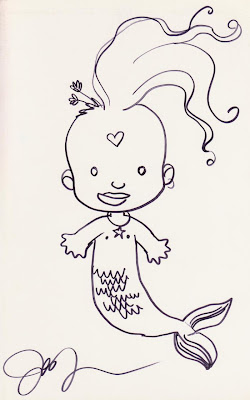 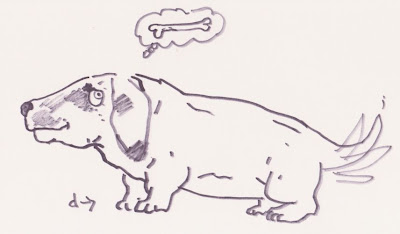 Maggie switched things up a bit with Geof Darrow, asking him to draw a doggie for her little sister. 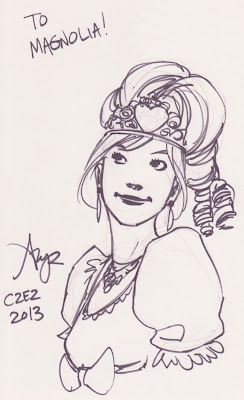 Amy Reeder was happy to draw a princess for Maggie, since they are a favorite subject of hers as well. 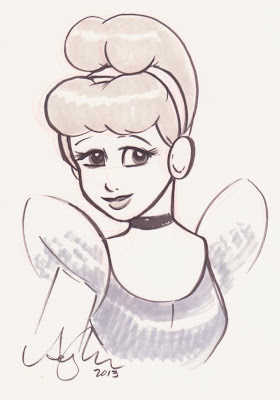 Amy Mebberson went to the Disney well with this depiction of Maggie's favorite princess, Cinderella. 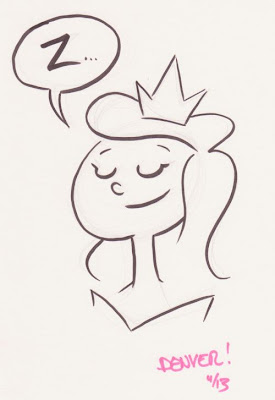 Denver Brubaker did a nice, simple sketch of Sleeping Beauty. 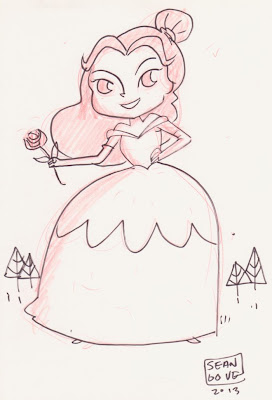 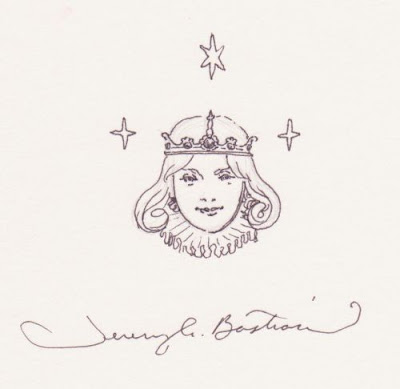 And Jeremy Bastian finished things off with a nicely detailed little lady.

The one other sketch I ended up with was one I didn't even ask for; Geof Darrow scrawled it self-deprecatingly on the back of the posters for his series Shaolin Cowboy that were being given away at the Dark Horse Booth: 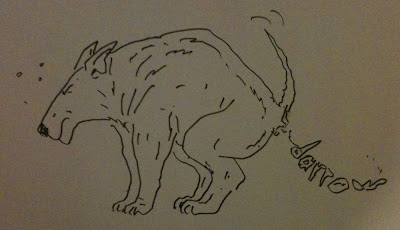 All in all, a pretty nice sampling of good artwork from talented creators. My world has been enriched.
Posted by Unknown at 12:00 PM