One Piece Is Awesome, Example #46

In One Piece, Eiichiro Oda is such a strong stylist, he puts his own stamp on the standards of manga cartooning. I don't know if it was at all intentional, but I thought this scene from volume 48, in which Luffy is fighting the shadow-controlling Gecko Moria, was neat, since it looks like he's battling a swarm of Kirby dots: 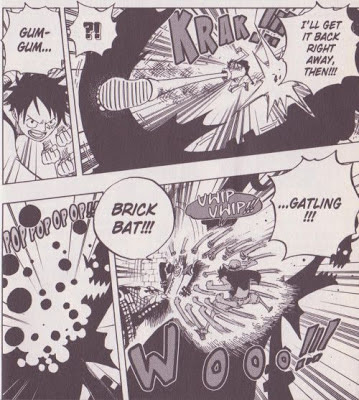 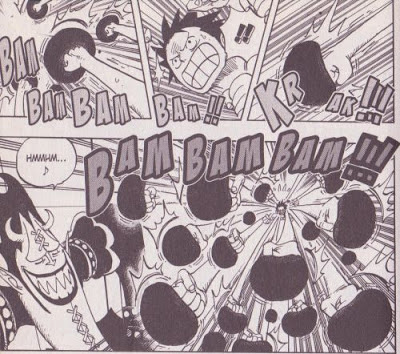 I have no idea of Oda knows who Jack Kirby is, but it's a neat juxtaposition of artistic styles, even if it's an accident. That's two great tastes that taste great together.
Posted by Unknown at 6:00 PM