No new news or anything from me today, other than the Rutu Modan thing tonight. That should be fun. Let's look at DC's January stuff, separated by imprint. And what the hell, let's throw in Marvel's too: 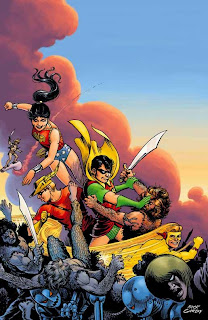 Teen Titans: The Lost Annual - Holy crap, it's the Bob Haney/Mike Allred annual that's been sitting on the shelf unpublished for so long! Maybe Allred's recent bitching about it not being published convinced DC to finally release the damn thing. Good for them. I don't really care about the Teen Titans (although the summaries of Haney's stories that I've read in places like Chris Sims' Invincible Super-Blog sound delightfully insane), but I'll buy pretty much anything Mike Allred does. 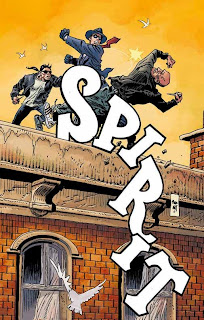 The Spirit #14 - Sergio Aragones' (and Mark Evanier's) first issue, with artist Mike Ploog. Am I the only one who hadn't heard Ploog was the artist? Is that for more than just this issue? Should be interesting. Nice cover, by Jordi Bernet. 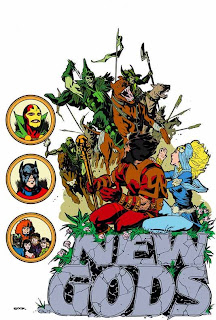 Countdown Special: The New Gods - Looks like another reprint book, in which DC demonstrates why their books used to be interesting. This collects Mister Miracle #1, Forever People #1, and New Gods #7. Nice cover by Ryan Sook, but I'd rather just get the next item on the list... 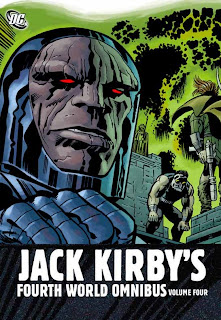 Jack Kirby's Fourth World Omnibus volume 4 - I still need to pick up the second volume of these awesome, awesome comics. I think this is the last one, with the closest thing Kirby ever got to a conclusion to his epic saga. I can't wait to read it. 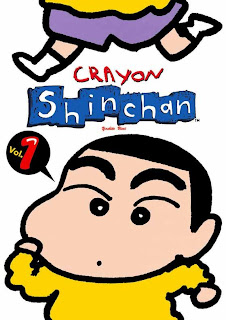 Crayon Shinchan volume 1 - Hey, it's Crayon Shinchan! I've watched a few episodes of the show on Adult Swim, but I've never read the comics. While the show is pretty funny, this will probably be even better, since crude drawings aren't as strange when printed as they are when animated, and I won't have to be annoyed by dubbed voices. It's win-win! 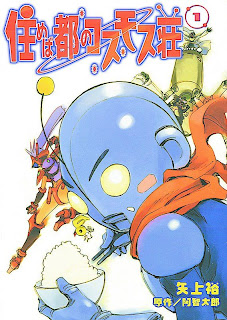 Dokkoida!? volume 1 - This looks like an enjoyable series, with kind of a superhero vibe. And probably plenty of comedy and whatnot. I might get it. 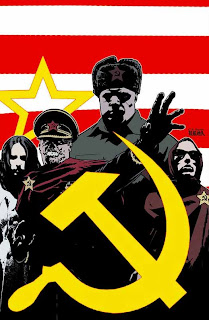 The Programme #7 - I guess this is the only Wildstorm book I'm interested in these days. Unless you count Ex Machina, which a) doesn't have a new issue coming out in January, and 2) I'm getting in trade anyway. But I'm enjoying this so far; I hope it doesn't start sucking or anything. Judging by the cover, it looks like Russia is getting its team of supervillains together. Should be fun, if you like genocide. 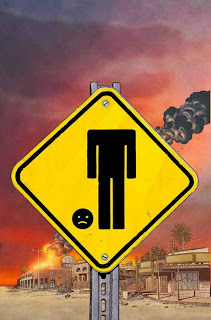 Army@Love #11 - There are other series that I'm getting in trade that I could have mentioned (DMZ, 100 Bullets), but I'll stick with this one, since I love the cover. 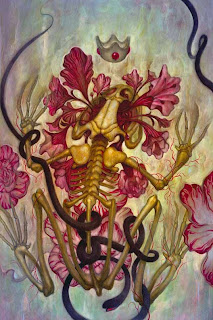 Fables #69 - And I have to mention this one every month, just to point out James Jean's invariably beautiful covers. By the way, this issue is part 9 of "The Good Prince"; when is that story going to end so they can collect it (and I can read it) already?! 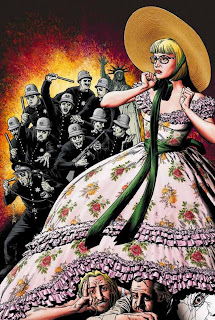 Jack of Fables #19 - And it looks like I'm sticking with this series in monthly form. It's just too enjoyable to drop. I'm digging Brian Bolland's covers; this one mixes creepy and funny especially well. 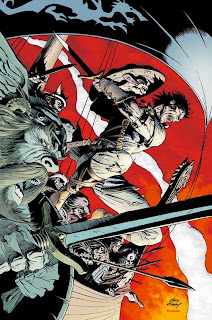 Northlanders #2 - More of Brian Wood's Viking series. I can tell the next couple of months are going to see me mentioning this and saying, "I'll have to wait and see if it's good when the first issue comes out". I get tired of that. So I'll only mention it in the future if the cover is really awesome. This one is pretty good, which is surprising, since it's a variant by Andy Kubert. Anyway, I'm looking forward to reading the series. That's all. 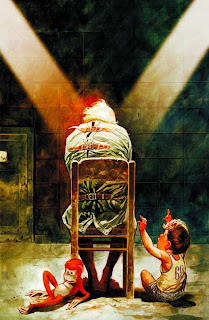 Y: The Last Man #60 - OH SNAP FINAL ISSUE! That cover is going to haunt me until the damn book comes out. Doesn't portend a happy ending, does it?
----- 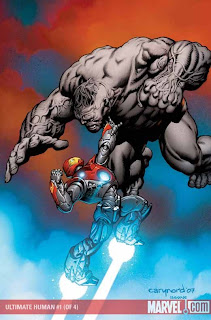 Ultimate Human #1 (of 4) - Ultimate Hulk vs. Ultimate Iron Man, in an Ultimate Miniseries by Ultimate Warren Ellis and Ultimate Cary Nord (Ultimate Conan). Might be interesting; I do like Ellis's work on various Ultimate stories. Maybe. But probably not. 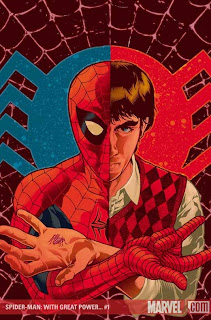 Spider-Man: With Great Power... #1 - I don't know if this is an ongoing or a limited series, or what. It looks like yet another of those tiresome stories of Spidey's early days, written by David Lapham and drawn by Tony Harris (who should be working on Ex Machina, dammit!). The cover's kind of clever, with the crossed arms, but that's the only positive thing I can say about it. Count me out. 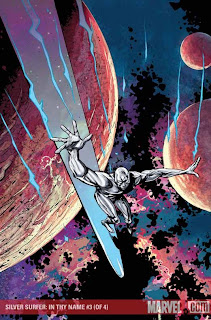 Silver Surfer: In Thy Name #3 - I have no intention of buying this, but I wanted to point out the cover by Paul Pope. Pretty cool.
-----

I could also have mentioned books like Iron Fist, Iron Man: Enter the Mandarin, Omega the Unknown, Metal Men, and maybe some others, but I just did. That's all for the big two. Man, they're doing less and less to get my interest (or money). It's getting to the point where I might stop doing the weekly pilgrimage to the comics shop. Wow.

Okay, that's enough of this silliness. I don't expect to have anything up tonight, since I'll be out late at the aforementioned Rutu Modan event (by the way, Exit Wounds: really good, so far). So see you tomorrow!
Posted by Unknown at 2:15 PM