Before I get into the post, I'll go ahead and repeat what I said last post, so it doesn't get pushed off the top of the page: I'm going to be going to this event with Rutu Modan, the author of Exit Wounds, in Chicago tomorrow, so anyone reading this that will be there, let me know and I'll try to say hi.

Okay, here's what's coming from Image Comics in January. They jumped the gun and got their solicits out early this month, for whatever reason. You can see the full list here, but here's what I'm interested in: 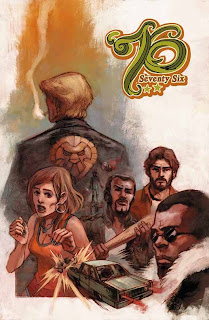 '76 #1 - This appears to be some sort of blaxploitation/70s riff, from writer B. Clay Moore (Hawaiian Dick) and a bunch of other people I've never heard of. Could be worth a look. 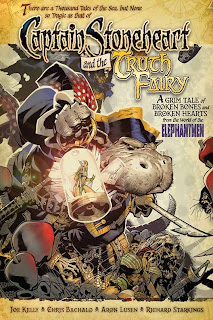 CAPTAIN STONEHEART & THE TRUTH FAIRY HC - This looked really cool to me at first; I don't read Elephantmen, but I like Joe Kelly and love Chris Bachalo (their series Steampunk is super-cool, and tragically unfinished), so I thought this might be a fun takeoff of the story they did on one issue. But on closer inspection of the solicitation text, it seems to be little more than a glorified repackaging of that story, with scripts, pencil art, and an audio CD. It's 80 pages for $19.99, and that's more than I want to pay, especially if I can get the original issue for $3.00. 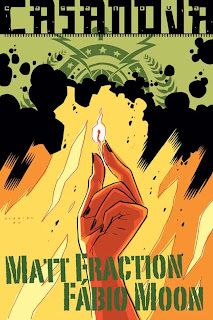 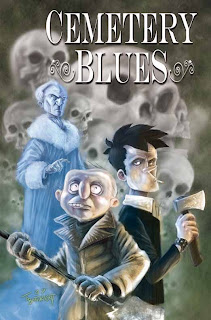 CEMETERY BLUES #1 - Something about monster hunters who have wacky hijinx. Written by Ryan Rubio, with whom I'm not familiar, and art by Thomas Boatwright, who recently did The Surreal Adventures of Edgar Allen Poo. I haven't read that either, but it looked nice, and so does this. I might check it out. By the way, is it just me, or is that guy in the back totally based on Terrence Stamp? And is this a monthly or a limited series? That kind of information might be nice. 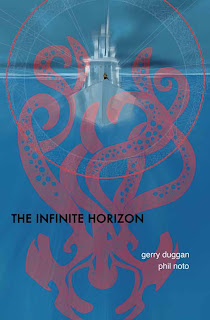 INFINITE HORIZON #2 - More of the modern-day Odyssey retelling. Not much to say about it until it starts coming out, but this is one really nice cover. It always freaks me out when a piece of art makes me think my eyes can't focus. 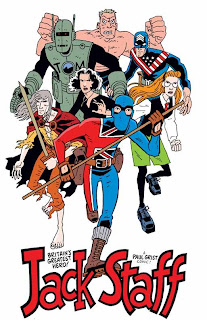 JACK STAFF SPECIAL #1 - I always hear that Jack Staff is awesome, but I've never read it. This special is hailed as a jumping-on point, so maybe I'll jump on. Also, I heard the book is going monthly, which seems like a good idea; more material means people like me are more likely to check it out. 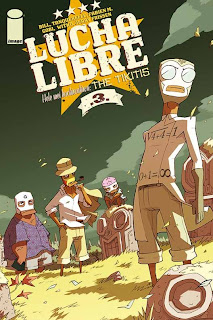 LUCHA LIBRE #3 - I liked the first issue of this series well enough, but it didn't blow my mind or anything. I'll probably try to pick up future issues, like this one. That's all. 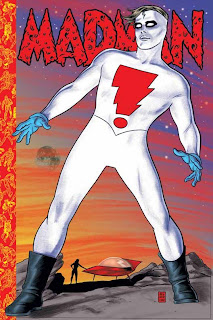 MADMAN ATOMIC COMICS #8 - Looks like more epilogue to the "Madman in space" story arc, and the solicitation says it's a great jumping-on point, I guess for the readers that got lost in all the metaphysical hoo-hah. I'm there every step of the way though! Go Mike Allred! 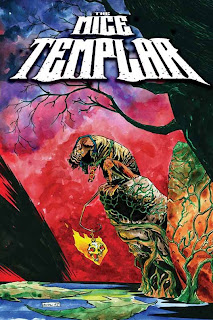 MICE TEMPLAR #3 - I don't think I ever reviewed the first issue of this series, but it was all right. Most other reviews I read expressed my feelings well enough: it looked good, generic fantasy, why do these characters have to be mice, etc. But it had its moments, and Oeming's art is really neat, especially with the watercolors. I'll probably continue to check it out, unless the second issue is just terrible. 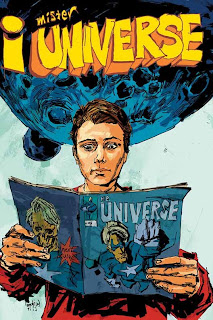 MR. UNIVERSE - I don't know what to make of this book; the solicitation makes me think it will be some sort of superhero deconstruction/metafictional exercise, but it's hard to tell. The art looks interesting; sort of a Michael Gaydos or Jason Shawn Alexander style. It's a one-shot for $3.50, so it might be worth getting. 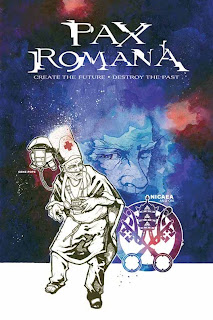 PAX ROMANA #3 - It's the second-to-last issue of this miniseries, and I don't have much to say, other than that I'm there for whatever Jonathan Hickman is delivering. 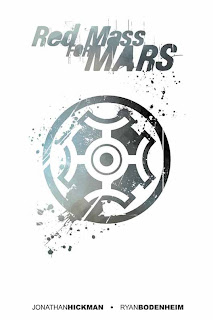 And I guess that's it. I might get to DC's solicits tonight, if I feel like it, or maybe I'll wait until tomorrow. Marvel's come out tomorrow, and lately they've had very little that interests me, so maybe I'll group them together like I always say I'm going to. And then later in the week, there will be others, including Dark Horse, who already dropped their offerings. We'll see how it goes. As for reviews, nothing tonight, buy maybe something tomorrow. But probably not, since I'm going to the Rutu Modan thing. Whatever. See you later!
Posted by Unknown at 7:42 PM